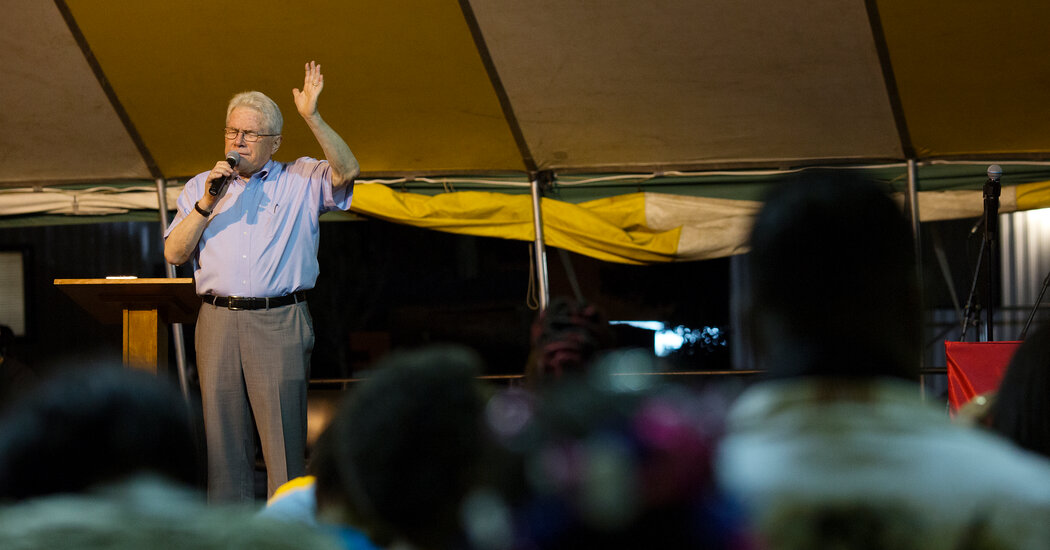 Luis Palau, who rose from preaching on street corners in Argentina to become one of the most significant evangelical leaders in the generation following his mentor, Billy Graham, died on Thursday at his home in Portland, Ore. He was 86.

His death, from lung cancer, was confirmed by the Luis Palau Association, the ministry he founded in 1978 with $100,000 in seed money from Mr. Graham.

Though his headquarters were in Oregon, Mr. Palau was often called “the Billy Graham of Latin America.” He addressed that region’s 120 million evangelicals through three daily radio shows (two in Spanish, one in English), shelves of Spanish-language books and scores of revival crusades, in which he might spend a week, and millions of dollars, preaching in a single city. The Luis Palau Association estimates that he preached to 30 million people in 75 countries.

“I don’t think it’s hyperbole to say that he was the premier evangelical in the Spanish-speaking world, maybe in the whole world, second only to Billy Graham,” the Rev. Gabriel Salguero, president of the National Latino Evangelical Coalition, said in a phone interview.

The New York Times in 2001. “I feel a challenge in Connecticut. I want to show that we are not maniacs but that we are well educated. This is a rational faith, but a faith that fires you up.”

OC International), a missionary organization. Over the next decade he and his family moved around Latin America, setting up churches and holding citywide campaigns similar to Mr. Graham’s in the United States.

The Palaus returned to Portland in 1972, and he served as president of Overseas Crusades from 1976 until he founded his own ministry two years later.

Partly in deference to Mr. Graham’s dominant hold on American evangelicals, Mr. Palau spent the first 20 years of his ministry focused overseas. Along with crusades in Latin America, he ventured to Europe and the Middle East and was one of the few Western religious figures allowed to preach in the Soviet Union.

Like Mr. Graham, he kept his crusades apolitical, in terms of both his message and the people he was willing to work with. He befriended a liberal Argentine priest named Jorge Bergoglio long before he became Pope Francis. But he also drew criticism for collaborating on a 1982 crusade in Guatemala with the dictator Efraín Ríos Montt, who had recently taken power in a coup.

told The Times. “There’s a hunger and a desire to talk about spiritual things, which surprised me about New York.”

Whether you optimistically hope that mortgage rates will decline or are resigned that rates will stay elevated above the historic lows of 2021, you … END_OF_DOCUMENT_TOKEN_TO_BE_REPLACED