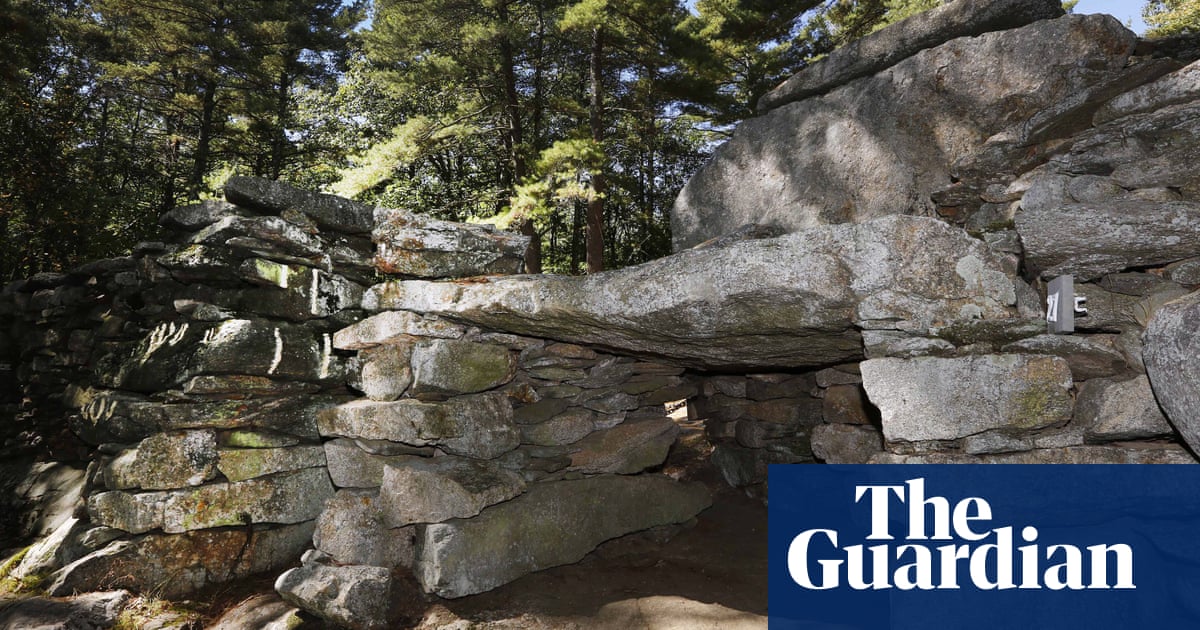 After a months-long investigation, a suspect has been arrested for allegedly vandalizing a stone tablet believed by some to be thousands of years old at a site in New Hampshire known as “America’s Stonehenge”.

For nearby residents the charges of felony criminal mischief against Mark Russo of New Jersey, an apparent adherent of the QAnon conspiracy theory, come as a welcome answer to a lingering local mystery. But for everyone else it has created a new one: wait, there’s an American Stonehenge? The answer to that is: eh, yes and no.

QAnon slogan meaning “Where we go one we go all”, and a lesser-known series of letters, “IAMMARK”, which probably stumped investigators at first – before they realized it was just the guy’s Twitter handle.

Since deleted, the account once posted that he had been to the site. “Oh made a few improvements at American Stonehenge. Sorry … my bad,” he wrote. “Do you see any reason not to take down their portals? Boston specifically oh and the 66 Baal shaft?” the IAMMARK account also posted.

Like most things when it comes to QAnon supporters, it is not entirely clear what in the world he was talking about there.

The exact origins of the archaeological site have been fiercely debated over the years, with some suggesting the series of chambers, walls and a sacrificial tablet were built by 10th-century Irish monks. Others think the structures were built by William Goodwin, a man who purchased the land in the 1930s and dubbed it “Mystery Hill Caves”.

Regardless of its actual provenance, the site has come to be popular among those who adhere to new age-type beliefs as well as roadside travelers looking for local oddities on vacation. A fan of such megalithic structures, HP Lovecraft is said to have visited in the late 1920s. One wonders whether a man as attuned to cosmic horror as he was could have even dreamed up a force as powerful as QAnon taking over so many people’s minds.

The Republican-led Florida Senate on Thursday passed a bill that was intended to crack down on rioting, but that critics said would criminalize the … END_OF_DOCUMENT_TOKEN_TO_BE_REPLACED