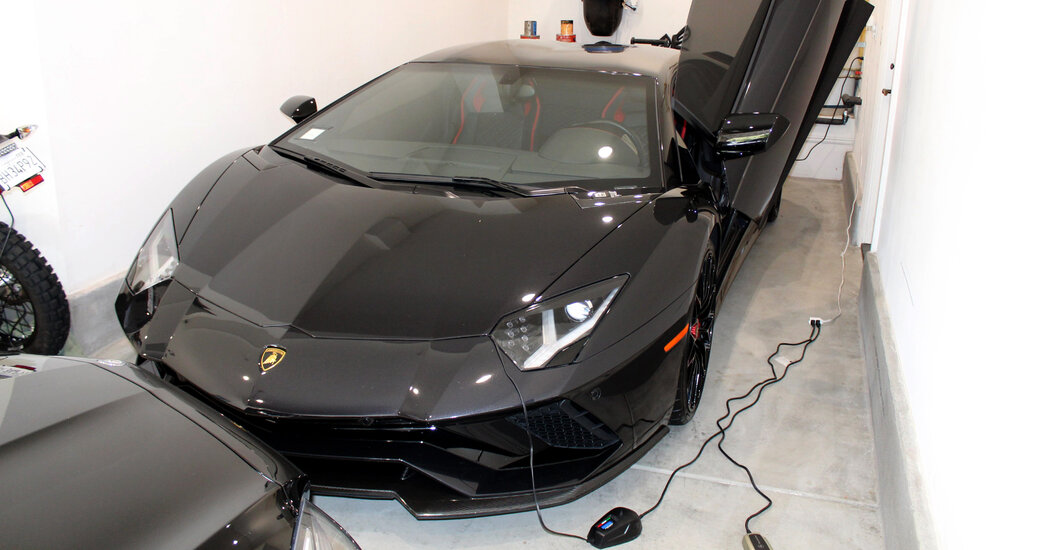 Mr. Qadiri submitted applications to three different banks for Covid-19 relief funds in order to help four companies based in California that, in fact, were not in operation, prosecutors said. In addition to submitting fraudulent company information and “altered bank account records,” Mr. Qadiri is also accused of using someone else’s name, Social Security number and signature on the applications, according to a statement from prosecutors.

Some of Mr. Qadiri’s assets have already been seized, prosecutors said. Federal agents confiscated a 2011 Ferrari 458 Italia that was registered to All American Capital Holdings, one of the companies listed on Mr. Qadiri’s P.P.P. loan applications, they said. A 2018 Lamborghini Aventador S, registered to the same company, was also seized, they said.

The 2011 Ferrari 458 Italia can sell for more than $100,000, according to Cars.com, which says in a review that the vehicle “can perform as well as strain gawkers’ necks.” It has a V-8 engine and 570 horsepower and can go from zero to 62 miles per hour in 3.4 seconds, “which is about as fast as anyone can expect to go in a car today that doesn’t shoot flames out the back,” the review says.

Another popular site for auto enthusiasts, Kelley Blue Book, has a listing for a 2011 Ferrari 458 Italia selling for $179,000. The site also has a review of the 2018 Lamborghini Aventador S that declares, “There’s no better car to show off your success or stroke your ego.” That car has a V-12 engine and 740 horsepower and can go from zero to 60 m.p.h. in less than three seconds. Among its drawbacks, according to the review: “The Aventador isn’t the most comfortable car to ride in, nor is it terribly efficient, earning an E.P.A. estimated 10 m.p.g. in city driving.”

On Lamborghini.com, the webpage describing the Aventador S has the tag line “Dare your ego.”

Prosecutors said in a statement that another luxury vehicle Mr. Qadiri bought with PPP money, a 2020 Bentley Continental GT Coupe, was also seized.

AUSTIN, Texas--(BUSINESS WIRE)--As the first multifamily management company to be recognized in the Public Relations and Marketing Excellence Awards, … END_OF_DOCUMENT_TOKEN_TO_BE_REPLACED

There have been whispers of cooling housing and rental prices in the San Francisco Bay Area, but that hasn't yet translated into practical, noticeable … END_OF_DOCUMENT_TOKEN_TO_BE_REPLACED

Cars pass in Independence Square at twilight in Kyiv, Ukraine, Monday, Oct. 31, 2022. Rolling ... [+] blackouts are increasing across Ukraine as the … END_OF_DOCUMENT_TOKEN_TO_BE_REPLACED