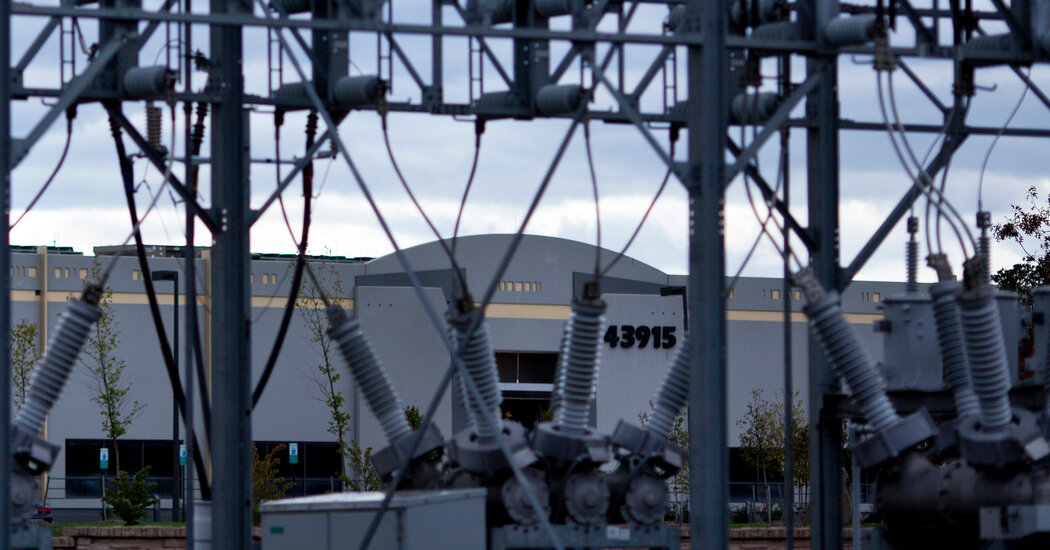 A Texas man who boasted that he was at the United States Capitol when a pro-Trump mob stormed the building in January has been charged with plotting to blow up an Amazon data center in Virginia, the Justice Department said on Friday.

The man, Seth Aaron Pendley, 28, of Wichita Falls, was arrested on Thursday after he took what he believed were explosive devices from a bomb supplier but were in fact inert objects provided by an undercover F.B.I. agent in Fort Worth, prosecutors said.

He was charged with a malicious attempt to destroy a building with an explosive, Prerak Shah, the acting U.S. attorney for the Northern District of Texas, said in a statement. If convicted, Mr. Pendley faces 20 years in prison.

Federal officials said they had begun investigating the plot after a concerned citizen contacted the F.B.I. on Jan. 8 about alarming statements posted on MyMilitia.com, a forum dedicated to organizing militia groups.

the statement. “In flagging his posts to the F.B.I., this individual may have saved the lives of a number of tech workers. We are also incredibly proud of our F.B.I. partners, who ensured that the defendant was apprehended with an inert explosive device before he could inflict real harm.”

It was not immediately clear on Friday night if Mr. Pendley had a lawyer.

Prosecutors said a search of Mr. Pendley’s Facebook account had shown that he had told an associate that he was at the Capitol on Jan. 6, when swarms of Trump supporters attacked police officers and disrupted Congress as it was certifying the results of the presidential election.

In late January, Mr. Pendley began using Signal, an encrypted messaging app, to communicate with another confidential source, prosecutors said. That source told the F.B.I. that Mr. Pendley had said he planned to use plastic explosives to bomb Amazon Web Services data centers, an attack that he hoped would “kill off about 70 percent of the internet.”

On March 31, the confidential source introduced Mr. Pendley to a person he claimed was his explosives supplier. In fact, the man was an undercover F.B.I. agent.

In recorded conversations, Mr. Pendley told the undercover agent that he believed the attack would destroy the web servers used by the F.B.I., the C.I.A. and other federal agencies, prosecutors said. Mr. Pendley said he hoped the bombing would anger “the oligarchy.”

The Justice Department said that investigators who had searched Mr. Pendley’s house had found hand-drawn maps, notes and flashcards relating to the planned attack as well as masks and wigs, a pistol that had been painted to look like a toy gun and a machete with “Dionysus” on the blade.

AUSTIN, Texas--(BUSINESS WIRE)--As the first multifamily management company to be recognized in the Public Relations and Marketing Excellence Awards, … END_OF_DOCUMENT_TOKEN_TO_BE_REPLACED

There have been whispers of cooling housing and rental prices in the San Francisco Bay Area, but that hasn't yet translated into practical, noticeable … END_OF_DOCUMENT_TOKEN_TO_BE_REPLACED

Cars pass in Independence Square at twilight in Kyiv, Ukraine, Monday, Oct. 31, 2022. Rolling ... [+] blackouts are increasing across Ukraine as the … END_OF_DOCUMENT_TOKEN_TO_BE_REPLACED