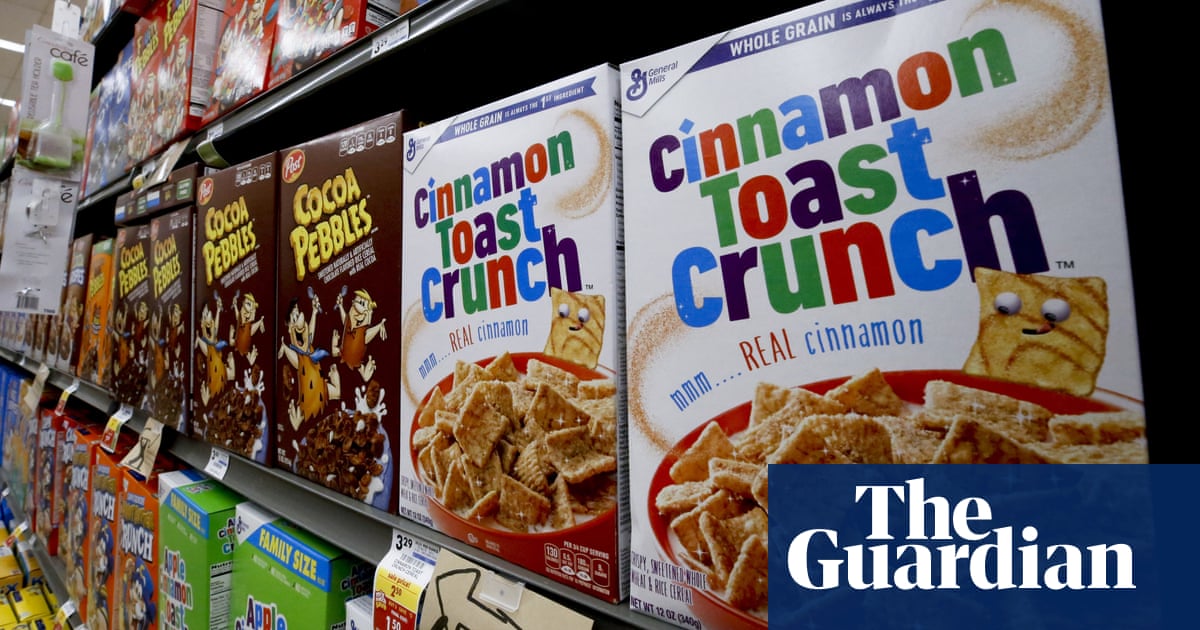 Kids’ cereals have a long history of coming with prizes in the box – perhaps a SpongeBob Squarepants figurine or a cardboard cutout of Spider-Man. It is less appealing when the surprise inside appears to be multiple dried shrimp tails.

That is what allegedly happened on Monday morning to Jensen Karp, a Los Angeles comedian, who reported his findings on Twitter with some truly alarming photographs and the words “this is not a bit”.

Thus began a saga that blew up on what might be dubbed “Cereal Twitter”. General Mills, which makes Cinnamon Toast Crunch, replied with an offer to replace the box, but Karp suggested he was not psychologically prepared to consume more of the cereal.

TMZ he was such a fan of the cereal that he had a “Cinnamon Toast Crunch vintage T-shirt”, disagreed:

The two parties continued their exchange via direct messages, which Karp posted publicly. They included a request from General Mills that he submit to a sort of breakfast-based forensic investigation: the company offered to send him a pre-paid envelope in which he could return the alleged tails.

Meanwhile, Karp said he had found other undesirable items in the box, including individual cereal pieces with odd black marks, which some on Twitter theorized were animal excrement; a “weird cinnamon-covered pea thing”; and “a weird little string”.

He said his wife – who happens to be Danielle Fishel Karp, AKA Topanga from Boy Meets World – checked another bag and found what appeared to be dental floss. That bag, he said, had tape on it.

As the mystery gained steam, various Twitter users voiced their theories and offered to conduct their own investigations.

Others created mockups of nightmare cereals:

Amid the humor, real concerns emerged. Karp pointed out that many are allergic to shellfish, not to mention that it is not Kosher. And as he told the New York Times: “I get really grossed out, and I’m medicated for OCD, so this is a total nightmare for me.” So far, however, he has not gotten sick – despite having eaten a bowl, he said.

In a statement, a General Mills spokesman, Mike Siemienas, said: “While we are still investigating this matter, we can say with confidence that this did not occur at our facility. We are waiting for the consumer to send us the package to investigate further.” He added: “Any consumers who notice their cereal box or bag has been tampered with, such as the clear tape that was found in this case, should contact us.”

Seeking clarity, Karp took the “cereal” to Quest Diagnostics; there he was referred to a different lab for testing, the New York Times reported. He has contacted the other lab but has not yet heard back, according to the paper.

In the meantime, TMZ asked whether he was “on the cereal or off the cereal now”.

Daunting challenges face the American-backed Afghan security forces. Over the past year, they have lost territory from repeated assaults by the … END_OF_DOCUMENT_TOKEN_TO_BE_REPLACED