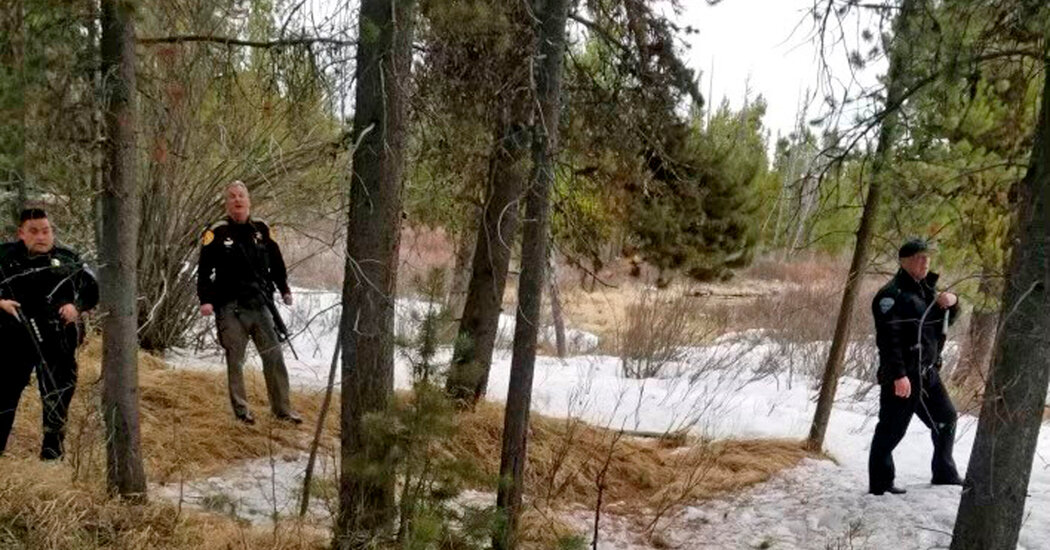 In Idaho, Mr. Mock underwent two surgeries that went well, according to a Facebook post from his employer, Backcountry Adventurers, which provides snowmobile rentals and tours of the park. But on Saturday, the Gallatin County Sheriff’s Office in Montana announced that Mr. Mock had died at East Idaho Regional Medical Center.

Backcountry Adventures said Mr. Mock had “suffered a massive stroke.” His death “comes as a terrible shock and is heartbreaking,” the company wrote. The money raised on a GoFundMe page — $29,000 as of Monday evening — will go to Mr. Mock’s family for medical and funeral expenses, the company said.

According to the National Park Service: “Since 1979, Yellowstone has hosted over 118 million visits. During this time, 44 people were injured by grizzly bears in the park.”

Grizzly bears in the continental United States are listed as threatened under the Endangered Species Act. That designation means it is illegal to “harm, harass, or kill these bears, except in cases of self-defense or the defense of others,” according to the U.S. Fish and Wildlife Service.

In 2017, the U.S. Fish and Wildlife Service removed those protections for grizzly bears when it took them off the endangered list. In 2018, a federal court forced the agency to put grizzly bears back on the list. And in 2020, a federal appeals court in San Francisco upheld that lower court’s ruling, protecting approximately 700 grizzly bears living in the Greater Yellowstone Ecosystem, which includes 34,000 square miles in parts of Montana, Idaho and Wyoming.

About 50,000 grizzly bears once roamed North America. When they were placed on the endangered species list in 1975, there were only a few hundred left. Today, “we have a growing grizzly bear population in the Greater Yellowstone Ecosystem,” Mr. Jacobsen said. The site where Mr. Mock was attacked is “fairly close to that epicenter of growth,” he said.

Because of that growth, “we are seeing grizzly bears expand into areas where they haven’t been in a long time,” Mr. Jacobsen said. And at the same time, he added, there is “increased residency and visitation to some of these areas in southwest Montana.” Those two trends, he said, “set things up to produce more encounters between humans and grizzly bears.”

AUSTIN, Texas--(BUSINESS WIRE)--As the first multifamily management company to be recognized in the Public Relations and Marketing Excellence Awards, … END_OF_DOCUMENT_TOKEN_TO_BE_REPLACED

There have been whispers of cooling housing and rental prices in the San Francisco Bay Area, but that hasn't yet translated into practical, noticeable … END_OF_DOCUMENT_TOKEN_TO_BE_REPLACED

Cars pass in Independence Square at twilight in Kyiv, Ukraine, Monday, Oct. 31, 2022. Rolling ... [+] blackouts are increasing across Ukraine as the … END_OF_DOCUMENT_TOKEN_TO_BE_REPLACED