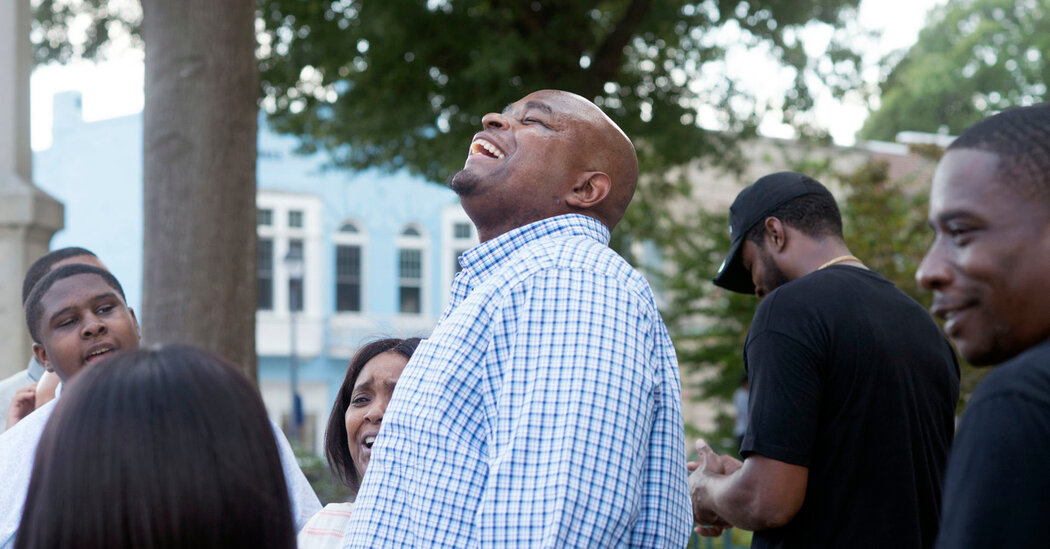 Gov. Roy Cooper of North Carolina on Friday granted a pardon to a man who spent more than 24 years in prison for murder before a judge vacated his conviction in 2019, finding that a key witness had “entirely made up” her testimony.

The pardon for the man, Montoyae Dontae Sharpe, clears the way for him to seek compensation from the state and comes after prominent pastors and others had demonstrated outside the governor’s mansion in support of Mr. Sharpe.

“It’s been a long time coming,” Mr. Sharpe, 46, of Charlotte, said in an interview on Friday. “My name has been cleared, and me and my family can move on. And I can go on with the next stage of my life, which is to still help other guys behind me.”

In 1995, Mr. Sharpe was convicted and sentenced to life in prison for the murder of George Radcliffe, who was found fatally shot in his pickup truck in Greenville, N.C., on Feb. 11, 1994.

a rally outside the governor’s mansion on Friday, the Rev. Dr. William J. Barber II, a North Carolina pastor, celebrated the “tremendous, tremendous news” of Mr. Sharpe’s pardon and asked those in attendance to think of all those who fought for Mr. Sharpe throughout the years.

Mr. Sharpe said he hoped to use his pardon to fight for others who have been wrongfully convicted and are seeking to clear their names.

A sign stands outside an upscale home for sale in the Lake Pointe Subdivision of Austin, Texas.Ed Lallo | Bloomberg | Getty ImagesConsumer confidence … END_OF_DOCUMENT_TOKEN_TO_BE_REPLACED

A famous thatch-roof house designed by Earl Young captivated the web and racked up tens of thousands of clicks. Resembling a mushroom, the unusual … END_OF_DOCUMENT_TOKEN_TO_BE_REPLACED