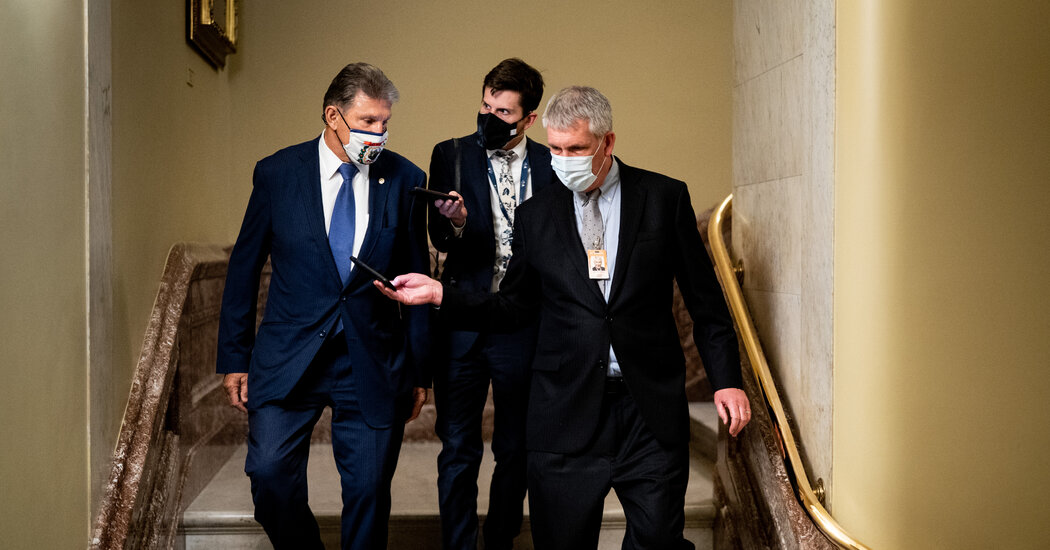 Senator Joe Manchin III, Democrat of West Virginia, told local news reporters on Friday that he would not support a bill to grant statehood to Washington, D.C., saying he believed a constitutional amendment was needed instead of legislation.

It is the latest example of Mr. Manchin, a critical swing vote, pushing his party toward the center on major issues. Among other things, he has pushed for a smaller corporate tax hike in President Biden’s infrastructure plan and for more limited unemployment benefits in the $1.9 trillion stimulus package.

In a radio interview with Hoppy Kercheval of West Virginia’s MetroNews, Mr. Manchin said he had done “a deep dive” on the issue and pointed to findings from former Attorney General Robert F. Kennedy and from the Justice Department under Presidents Jimmy Carter and Ronald Reagan.

have not publicly voiced support for the proposal, and no Republicans have come out for it, leaving the measure short of the support it would need to clear a filibuster.

Mr. Manchin has also made clear that he opposes eliminating or weakening the filibuster, the 60-vote threshold needed to end debate in the Senate.

The Democratic-controlled House passed the statehood measure along party lines last week, and Mr. Biden has said he supports it.

The legislation would establish a 51st state called Washington, Douglass Commonwealth — in honor of Frederick Douglass, the Black emancipation and civil rights leader — and would give the new state a voting representative in the House and two senators to represent its more than 700,000 residents.

The Seattle Seahawks are very much still in the running for Baker Mayfield. (Photo by Stacy ... [+] Revere/Getty Images) Getty Images The Seattle … END_OF_DOCUMENT_TOKEN_TO_BE_REPLACED

LANSING, Mich. — At least 357 sitting Republican legislators in closely contested battleground states have used the power of their office to discredit … END_OF_DOCUMENT_TOKEN_TO_BE_REPLACED