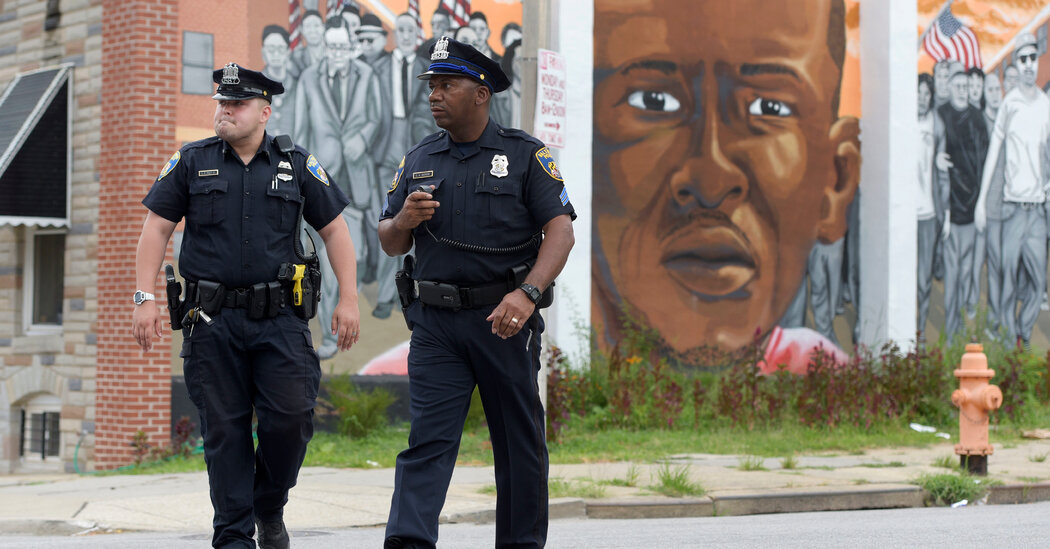 Maryland lawmakers voted on Saturday to limit police officers’ use of force, restrict the use of no-knock warrants and repeal the nation’s first Bill of Rights for law enforcement, taking sweeping action to address police violence after nationwide demonstrations following the death of George Floyd.

The Democratic-led legislature enacted the changes by overriding Gov. Larry Hogan’s vetoes during a session in which some Black lawmakers read aloud the names of people they said had been killed by police officers in the state.

The changes placed Maryland at the forefront of a national debate over police brutality and the use of excessive force, a discussion that has gained intensity since Mr. Floyd was killed in police custody last year, setting off protests across the country. The legislation was passed in the middle of the trial of Derek Chauvin, a former Minneapolis police officer who is accused of the murder of Mr. Floyd by kneeling on his neck for more than nine minutes.

“This is what the community wants — they want reform, they want transparency, and they want accountability,” said Caylin A. Young, public policy director of the A.C.L.U. of Maryland, which was part of a coalition of 90 groups that had backed the bills. “There needs to be a reimagining of what policing in Maryland looks like.”

vetoed the measures on Friday, saying their original intent had been “overtaken by political agendas that do not serve the public safety needs of the citizens of Maryland.” He said the changes would “further erode police morale, community relationships and public confidence.”

“The reality is they have reinvented policing in the state of Maryland,” said Angelo Consoli, second vice president and legislative committee chairman of the Maryland Fraternal Order of Police. “They’re going to make it tougher for the police to police. There’s reform, and this went beyond reform.”

The wide-ranging changes were intended to address many of the concerns raised by demonstrators who have protested police violence after the deaths of Mr. Floyd, Breonna Taylor and other Black people killed by officers.

One section creates a new statewide use-of-force policy and says that officers who violate those standards, causing serious injury or death, can be convicted and sent to prison for up to 10 years. The standard says that force can be used only to prevent “an imminent threat of physical injury” to a person or to “effectuate a legitimate law enforcement objective.”

The policy also says that force must be “necessary and proportional.” Police reform groups said that was a tougher standard than the traditional “reasonableness” standard, which they said was not sufficient for holding officers accountable for blatant acts of violence. Mr. Consoli said the change would deter the police from intervening in volatile situations and open them to more “Monday morning quarterbacking.”

fatally shot Ms. Taylor when they were fired upon after breaking down her apartment door. Officers have said that they first announced their presence, but most witnesses disagreed.

Other changes in Maryland include the requirement that, by 2025, all law enforcement officers who regularly interact with the public must wear body cameras. Officers will also be prohibited from preventing people from recording them, as long as that person is “acting lawfully and safely.”

The bills also made some changes that the police consider favorable.

Police officers will have whistle-blower protections and may engage in off-duty political activity and have the right to work at second jobs. Loan assistance and scholarship programs were established for officers who are attending college, and prior marijuana use will not be a disqualification for hiring.

said in a Facebook post on Saturday evening that the state was “leading the country in transforming our broken policing system.”

“Now, for the first time in our nation’s history,” she wrote, “the rights of officers will not be held above the rights of individuals, and policing in Maryland will be transparent and citizen-centered.”

AUSTIN, Texas--(BUSINESS WIRE)--As the first multifamily management company to be recognized in the Public Relations and Marketing Excellence Awards, … END_OF_DOCUMENT_TOKEN_TO_BE_REPLACED

There have been whispers of cooling housing and rental prices in the San Francisco Bay Area, but that hasn't yet translated into practical, noticeable … END_OF_DOCUMENT_TOKEN_TO_BE_REPLACED

Cars pass in Independence Square at twilight in Kyiv, Ukraine, Monday, Oct. 31, 2022. Rolling ... [+] blackouts are increasing across Ukraine as the … END_OF_DOCUMENT_TOKEN_TO_BE_REPLACED