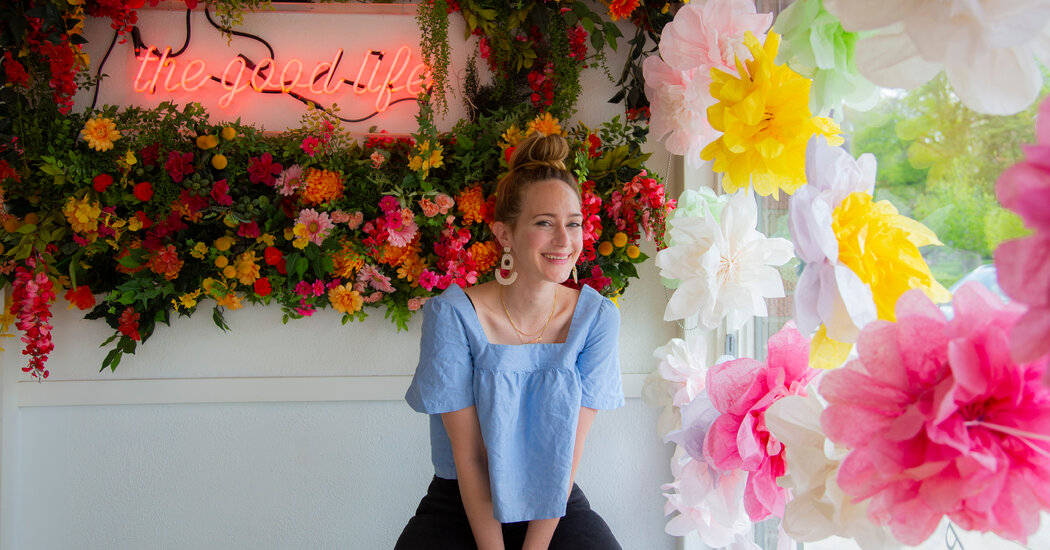 CHICAGO — For Americans whose bare faces had scarcely been seen in public for a year, there were suddenly options. Would they leave the mask behind for a jog? What about the coffee shop? What about the neighbor’s house? The office?

A sudden loosening this week of federal health guidance on masks has handed Americans a new calculation to make. And it isn’t just one calculation, but a maze of many. As people walked through their days, hour by hour, errand by errand, some wondered at every new doorway: Mask or no mask?

In interviews this weekend with dozens of residents from Los Angeles to Atlanta, people said they were mostly encouraged by the Centers for Disease Control and Prevention’s finding that masks were no longer needed for fully vaccinated people in most indoor and outdoor situations.

But the details, many said, were perplexing, and had stirred new questions about science, but also about trust, social norms and even politics. How can one be certain that people no longer wearing masks have actually gotten a vaccine? What will the neighbors think if you take yours off? (And what will they think if you don’t?) And what if, some asked, you just feel more comfortable in a mask?

abrupt shift in guidance — noting that the agency’s position on masks has shifted before — and wondered aloud whether the latest turn was really safe.

Gerry Corn, 56, who was picking up food to-go on Friday night in Los Angeles, said he had concerns about how long vaccine protection would last. “I’m thinking that until we really know more about it from empirical scientific evidence, that we should keep the mask in place, especially in public,” he said.

mask mandate expired a day earlier. “It’s just so normal now that I feel weird walking places without a mask,” she said.

Inertia, too, is a force. A few people said they had gotten used to masks and had come to (almost) like their presence — as a fashion accessory, a protection against common colds, a chance for anonymity along the street. Some people said they just needed more time to get used to the idea of a switchback.

“They didn’t say ‘in a couple of weeks.’ If they had, I could have stomached it more,” said Jill Roberts, who co-owns a wine bar in downtown Helena, Mont. “It came out of left field.”

Still, across the country, Americans were taking their first, awkward steps into a less-masked world.

John Doherty of Oswego, Ill., said he was eager for the mask-wearing era to end. On Friday, Mr. Doherty, who said he has gotten vaccinated, walked into a store without a mask to see how it would go.

On the other side of a counter, Eric Walliman, a librarian in Helena, said he hoped a bare-faced patron who walked in on Friday was vaccinated, but there was no way to know.

“It was strange,” said Mr. Walliman, who has gotten a vaccine but continues to wear a mask at work. “You wonder if he’s an anti-masker.”

The shifting guidance was a relief for some, especially those who had long been mask skeptics.

Marina Zaslavskaya, 34, a fitness instructor and college student in Massachusetts, said she resented mask mandates and was eager for them to end. As she lounged on the grass with her boyfriend in front of a public library in Cambridge, she said she never wore masks outside and, at times, had people yell at her.

“I think they should let us live our lives and be responsible for ourselves,” said Ms. Zaslavskaya, who said she planned to eventually get vaccinated.

But for some who had long followed federal mask guidance, the new suggestions meant a move toward normalcy. Dave Rubin, 66, said he was ready to start going out more without wearing a mask. But he was taking a cautious approach, especially at crowded places like movie theaters.

“I’m not going to run around 100 percent without my mask,” said Mr. Rubin, who lives in Orlando, Fla. “I’ll always have a mask in my pocket.”

It’s a property that offers a unique open floor plan—plus a hot tub with a view.“It was a Methodist church located in a historic little area of St. … END_OF_DOCUMENT_TOKEN_TO_BE_REPLACED