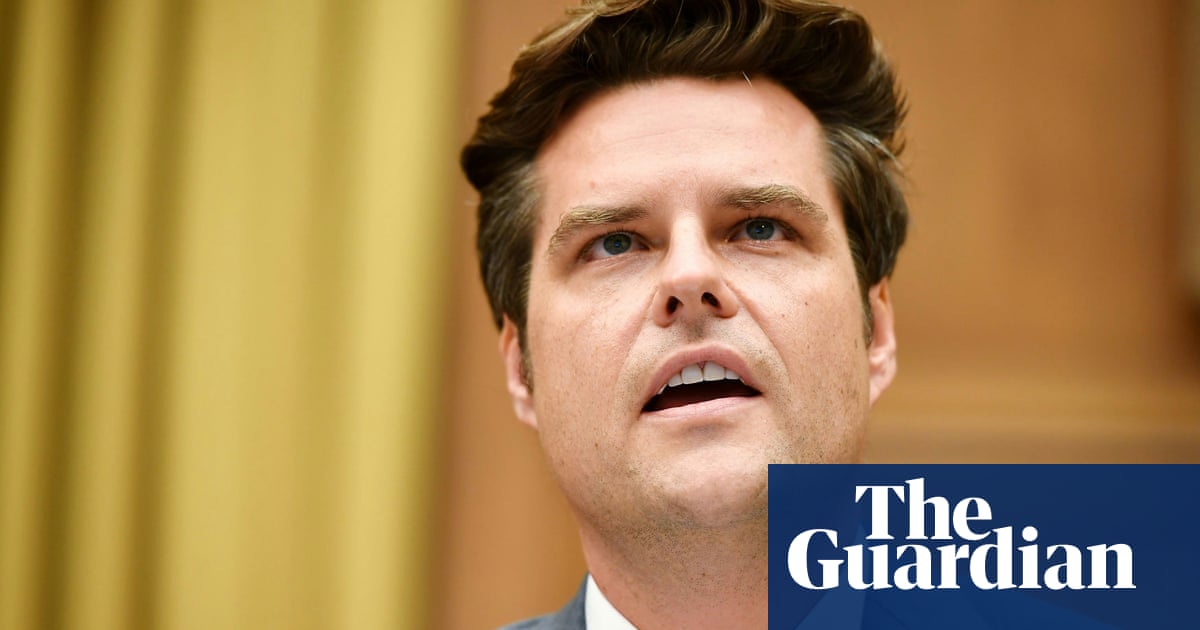 The prominent Republican congressman Matt Gaetz’s reported relationship with a 17-year-old girl remained under scrutiny on Wednesday, despite his insistence in an appearance on Fox News that the allegation was “verifiably false”.

The Florida politician, a close ally of Donald Trump, claimed during the Tuesday night interview that he was the victim of an extortion plot by a former justice department official, and questioned the motivation behind Tuesday’s original reporting by the New York Times.

Gaetz, 38, claimed his lawyers had been informed that he was the subject of an FBI inquiry “regarding sexual conduct with women” and that the official was attempting to extort $25m from his family “in exchange for a commitment that he could make this investigation go away”.

On Wednesday, David McGee, the former justice department employee named by Gaetz, now a lawyer in Pensacola, Florida, told the Washington Post that the politician’s claims of an extortion plot were “completely false”.

“This is a blatant attempt to distract from the fact he’s under investigation for sex trafficking of minors,” McGee, formerly an attorney in the department’s organized crime taskforce, said.

“I have no connection with that case at all, other than one of a thousand people who have heard the rumors.”

Meanwhile, the Fox News host Tucker Carlson said Gaetz’s appearance on his show “was one of the weirdest interviews I’ve ever conducted.”

“I don’t think that clarified much,” Carlson told his viewers. “But it certainly showed this is a deeply interesting story, and we will be following it. Don’t quite understand it, but we will bring you more when we find out.”

According to the New York Times, Gaetz was under investigation by the justice department to determine whether he violated federal sex trafficking laws and had an inappropriate sexual relationship with a 17-year-old, and whether he paid her to travel with him.

The investigation was launched in the final months of the Trump administration under attorney general William Barr, the newspaper said, and was part of a broader investigation into a Republican party official and political ally in Florida, Joel Greenberg, indicted last summer on charges of sex trafficking of a child and financially supporting people in exchange for sex, including at least one underage girl.

After the Times published its story, Gaetz, who was photographed visiting the Trump White House with Greenberg in 2019, took to Twitter to maintain his innocence and accuse the justice department official of attempting to smear his name. Gaetz said his family was cooperating with federal authorities investigating his extortion claims.

Adding to the intrigue was a story reported by Axios earlier on Tuesday, just hours before the Times published its allegations, that Gaetz told associates he was considering resigning his seat in Congress to take a job with the rightwing media outlet Newsmax.

An FBI spokesperson in Jacksonville, Florida, told the Guardian in a statement Wednesday that the agency “declines to confirm nor deny the existence or status of an investigation” and referred inquiries to the justice department.

The justice department did not immediately respond to a request for comment.

TOPSHOT - Aerial view shows an area completely destroyed by the floods in the Blessem district of Erftstadt, western Germany, on July 16, … END_OF_DOCUMENT_TOKEN_TO_BE_REPLACED

Think back to when you were a first-time homebuyer. Were you excited but overwhelmed? It’s not unusual to feel that way as a first-time seller either, … END_OF_DOCUMENT_TOKEN_TO_BE_REPLACED

ATLANTA, GA - AUGUST 01: Milwaukee Brewers pitcher Josh Hader (71) delivers a pitch in the ninth ... [+] inning of the MLB game against the Atlanta … END_OF_DOCUMENT_TOKEN_TO_BE_REPLACED