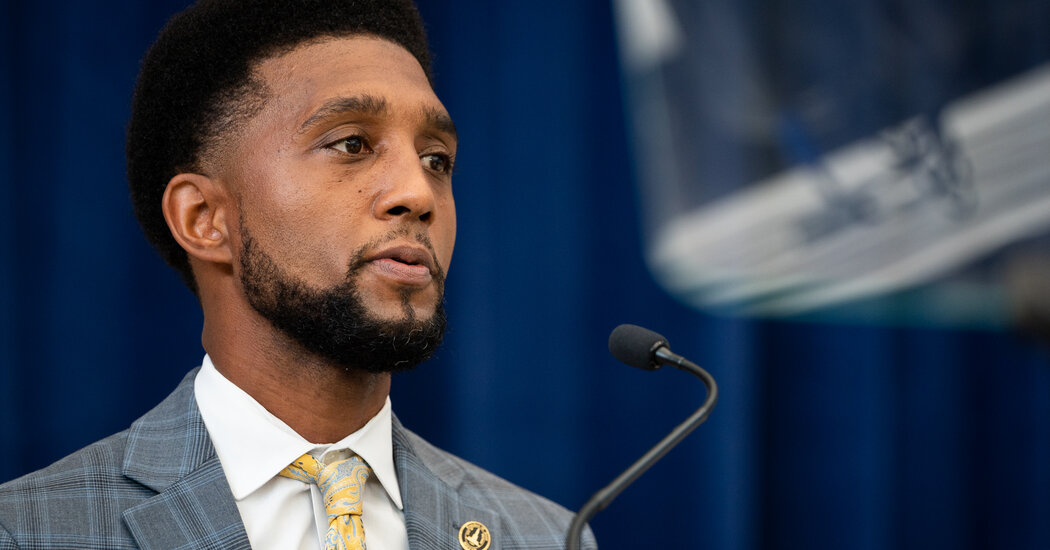 Mayor Brandon M. Scott of Baltimore tested positive for Covid-19 on Monday despite being vaccinated, his office said.

Mr. Scott, 37, was asymptomatic and self-isolating at his home in the city, Cal Harris, a spokesman for the mayor, said in a statement on Monday afternoon.

“This could have been a different situation if Mayor Scott were not vaccinated,” Mr. Harris said.

A spokeswoman for the mayor said he attended two events on Saturday: the opening of a neighborhood center and a groundbreaking ceremony for a development company. On Sunday, he made an appearance at the city’s Parade of Latino Nations.

Twitter on Monday that he was with the mayor at the parade, but he later tested negative for the virus.

The mayor’s positive result came as Baltimore grapples with a significant rise in new infections. On Sunday, according to a New York Times database, the average number of daily new cases over the last seven days was 122.

During a plateau at the beginning of July, the daily average was 5 new cases per day. Slightly less than two-thirds of the city’s residents who are eligible for vaccinations are fully inoculated, according to a Times database.

Mr. Scott has been trying to improve the city’s vaccination rate. He said last month that all city workers must be inoculated by Oct. 18.

Joe Burrow #9 of the Cincinnati Bengals against the Tennessee Titans during the AFC Divisional Playoff at Nissan Stadium on January 22, 2022 in … END_OF_DOCUMENT_TOKEN_TO_BE_REPLACED