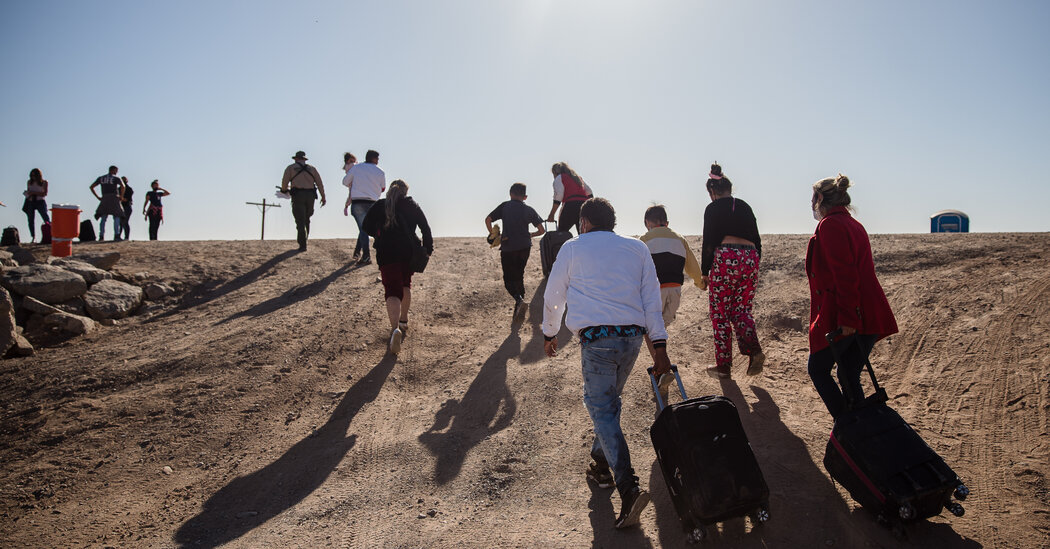 The spike in Arizona prompted Gov. Doug Ducey to declare a state of emergency in several counties last month and to deploy the National Guard along the border. Republican lawmakers have been sharply critical of the admission of tens of thousands of young migrants, along with a large number of families, who would have been turned back under the Trump administration. Even Senator Mark Kelly, a Democrat, recently criticized President Biden for not addressing “the immediate crisis at the border.”

During a single weekend in early May, agents in the Yuma area intercepted 1,600 migrants.

“So many people around the world saw their standard of living slide backward, it’s no surprise that they would jump at the chance to get into the U.S. when they hear that others have managed to cross from Mexico successfully,” said Andrew Selee, president of the nonpartisan Migration Policy Institute.

While most of the migrants do not necessarily understand the intricacies of U.S. border policy, many said in interviews that they perceived a limited-time offer to enter the United States. Friends and family members already in the country, along with smugglers eager to cash in, have assured them that they will not be turned away — and this is proving to be true.

“What we’re hearing back home is that the new president is facilitating entry, and there is demand for labor,” said Rodrigo Neto, who came from Brazil, where the pandemic killed his business and left him overwhelmed by debt. “I couldn’t pass up this opportunity.”

Mr. Neto, 55, shuttered his electrical shop, sold his car and gathered up his savings to pay for the journey.

Like many people from Brazil and other countries ravaged by the pandemic, he was unable to get a visa to enter the United States. Instead, he flew from São Paulo to Mexico City and then to Tijuana, where a driver working for a smuggling network met his group. They were then ferried to the side of the road in Algodones, Mexico, across the border from Arizona, where they were deposited one recent morning.

From there it took them just 10 minutes to reach County Road 8, where a Border Patrol agent stood near an opening in the wall.

The Seattle Seahawks are very much still in the running for Baker Mayfield. (Photo by Stacy ... [+] Revere/Getty Images) Getty Images The Seattle … END_OF_DOCUMENT_TOKEN_TO_BE_REPLACED

(CNN) — Kim Kyung-seop recalls going to cheap bars after class with his friends, where they binged on as much makgeolli as possible. "You know the … END_OF_DOCUMENT_TOKEN_TO_BE_REPLACED