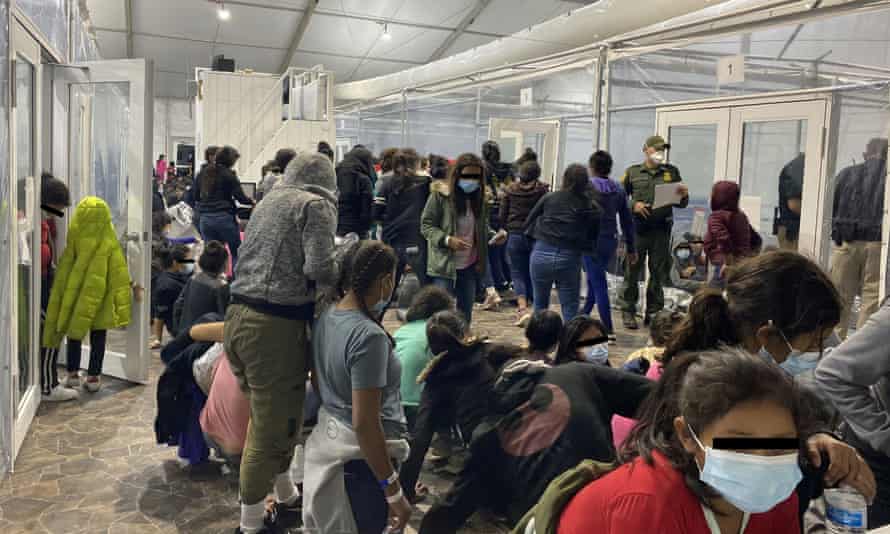 The Democratic congressman Henry Cuellar has brought more pain for the Joe Biden administration on its border policy by releasing pictures of an overcrowded immigration facility in Texas where he said more than 400 male minors were being held in a section meant for 250.

The White House is under growing pressure over conditions at the southern border, where federal authorities are trying to cope with an increase in migrant crossings from Mexico, many by unaccompanied minors, while staying true to Biden’s promise to implement a more humane policy than that pursued by Donald Trump.

Cuellar said the images showed a facility in Donna, Texas, that contained eight plastic-divided “pods” used to hold migrants. He said he did not visit the facility himself. The pictures showed migrants covered in foil blankets and lying on plastic mattresses.

Under US policy, children are not supposed to be held in custody for more than three days. More than 2,000 have currently passed that limit. Controversy is also mounting over the Biden administration’s refusal to allow press access to such border facilities.

Cuellar gave the pictures to Axios and described “terrible conditions for the children”, who he said should be moved into the care of the Department of Health and Human Services. Border patrol agents were “doing the best they can under the circumstances”, the congressman said, but were “not equipped to care for kids” and “need help from the administration”.

“We have to stop kids and families from making the dangerous trek across Mexico to come to the United States,” Cuellar said. “We have to work with Mexico and Central American countries to have them apply for asylum in their countries.”

On Sunday the homeland security secretary, Alejandro Mayorkas, told TV networks the administration was working to speed up processing.

“I have said repeatedly from the very outset a border patrol station is no place for a child,” he told CNN. “That is why we are working around the clock to move these children.”

He blamed the chaos at the border on the Trump administration. To MSNBC, he said: “We are not expelling children, girls, five, seven, nine years old back into the desert of Mexico, back into the hands of traffickers.”

Mr. Williamson attended the London School of Economics, graduating with a degree in economics in 1951. After completing two years of compulsory … END_OF_DOCUMENT_TOKEN_TO_BE_REPLACED