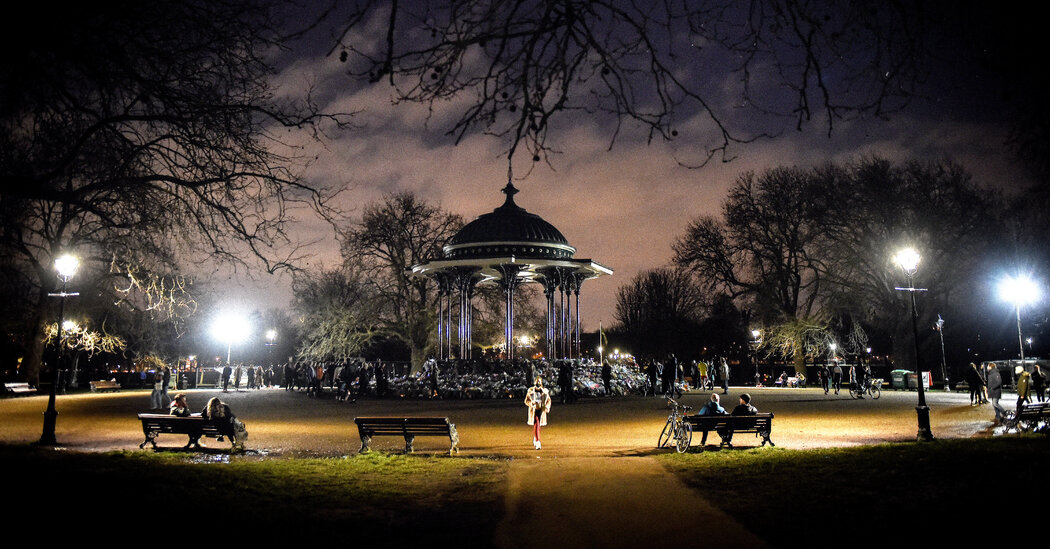 “Men who kill women do not suddenly kill women, they work up to killing women.”

Eight women, two continents apart, killed in the space of two weeks. The suspects in both cases are men.

kidnapping and murdering her.

In Atlanta, a gunman stormed three massage parlors and shot and killed eight people — seven of them women, six of them Asian — raising speculation that the attack was racially motivated. A suspect was arrested that same evening.

While the details of the two cases differ significantly, experts suggest that the current available evidence points to a potential commonality: misogyny. And, in light of the two events, activists in Britain and in the United States have urged the authorities to treat misogyny as a greater threat to national security, even upgraded to the level of a hate crime.

In the days after Ms. Everard’s body was found and protests calling for deeper social change grew across the United Kingdom, the British government announced an experimental pilot program (though there is no fixed start date yet) that would categorize cases of gender-based violence and harassment motivated by misogyny as hate crimes.

“Across the country, women everywhere are looking to us not just to express sympathy with their concerns, but to act,” Baroness Helena Kennedy, a member of the House of Lords, the upper chamber of the British Parliament, said during a debate on the policy. “Stop telling them to stay at home and be careful, and start finding those responsible for the violence.”

CNN. “The angle of misogyny has to be looked at.”

right,” including walking on well-lit streets, and talking on the phone or clutching their keys in their pockets while doing so — and described how they still ended up in dangerous situations. Asian women spoke of all of the ways in which sexism and racism coalesce to expose them to a unique form of harassment that can lead to violence and abuse.

Their stories confirm that violence against women isn’t an aberration, but a “global public health” crisis of “epidemic proportions,” as the World Health Organization describes it.

It is such a widespread, daily occurrence that it is rare to find a woman who hasn’t experienced some kind of sexual harassment or assault. Roughly one in three women around the world has been subjected to physical or sexual violence by an intimate partner, a family member, a friend, an acquaintance or a stranger, according to a W.H.O. report published this month. The perpetrator is almost always a man, the report notes, and rates are higher in poorer communities. In the United States, one online survey in 2018 found that 81 percent of women had experienced some kind of sexual harassment during their lifetimes. In the United Kingdom, 97 percent of women aged 18 to 24 said they had been sexually harassed, according to UN Women UK. These numbers are all from before the coronavirus pandemic; with the onset of the health crisis, domestic abuse surged and public spaces became eerily empty, leaving women feeling increasingly worried about their safety.

The data is also conservative. Violence against women is consistently underreported because women are scared of retaliation for speaking out or they fear the stigma associated with sexual violence, said Kalliopi Mingeirou, chief of the UN Women’s initiative to end gender-based violence.

Everyday Sexism Project so that women could share things that had happened to them that they felt were too insignificant to report or make a fuss over as a way to highlight how pervasive the problem is, and to pick up on patterns of aggression.

It is now one of the world’s largest databases of its kind with thousands of entries from women around the world who felt uncomfortable, vulnerable, threatened by men. In one example, a woman recalls that when she was in school, at age 13 or 14, a few girls complained to a teacher that the boys in their class had been groping them and the teacher said that they were “being oversensitive.” In another example, a woman recalls waiting at a bus stop when a man walked up to her and grabbed her bottom but everyone around her who had witnessed the incident remained silent. In yet another example, a woman recalls how a man sat directly opposite her on the train and touched himself and then got off the train on the next stop, as if nothing had happened.

The police officer arrested in London was held on suspicion of indecent exposure at a fast-food restaurant in a separate episode just days before Ms. Everard disappeared. The Metropolitan Police is now under investigation for how it handled that allegation.

“That’s what we need to be doing better. We need to get better at sweating the small stuff,” said Caroline Criado Perez, author of “Invisible Women: Exposing Data Bias in a World Designed for Men.”

An example of “sweating the small stuff” would be training public transport staff to better handle harassment complaints since so much of the harassment that women face happens on public transport, Ms. Criado Perez said. Educating children on appropriate and healthy relationships would also help, she said.

terrorism and conflict, according to a 2015 United Nations report, because a spike in gender-based violence — particularly domestic violence — correlates with “rising levels of insecurity in society more broadly.” A sudden disappearance of girls from schools, for example, could point to a rise of fundamentalist views. There is also a “robust symbiosis between misogyny and white supremacy,” according to a report by the Anti-Defamation League, an organization that was founded in 1913 to combat anti-Semitism, and now fights a variety of threats of hate and extremism.

“There is enough data to know that men who kill women do not suddenly kill women, they work up to killing women,” Ms. Criado Perez added. “If only we were to listen to women and pay attention to the misogyny and aggression and violence that they deal with on a daily basis.”

35 states. But, out of the 7,314 hate crime incidents recorded in 2019 across the country, only 0.9 percent were categorized as being motivated by gender bias. And hate crimes, over all, rarely lead to successful convictions.

Reporting hate crimes also requires a police force that is trained to appropriately respond to those complaints. But that would only broaden the powers of law enforcement, which several women’s rights groups argue wouldn’t do much to prompt deeper cultural change.

Categorizing misogyny as a hate crime shouldn’t be seen “as a silver bullet,” said Ms. Bates, because “we’re still asking women to trust the police with their stories.”

a survey evaluating the program two years later, women noted that they felt safer. “Some of the feedback we had was that women, for the first time, described themselves as walking taller and with their ‘heads held high,’” Ms. Fish said in a recent interview with local news media.

But that didn’t necessarily mean women reported instances of harassment more often. Many still felt, according to the survey, that incidents like name calling or groping seemed too normal for the police to take seriously.

“Countless times I’ve had this done to me before,” one respondent noted. “So what’s the point of me going to the police station and sitting there for two hours with a policeman who probably just thinks, ‘Why are you wasting my time?’”

MIAMI--(BUSINESS WIRE)--Intelli Smart Homes, the leading smart home technology company, has been recognized as one of America’s fastest-growing … END_OF_DOCUMENT_TOKEN_TO_BE_REPLACED

Customers outside a Walmart store in Torrance, California, US, on Sunday, May 15, 2022. Walmart Inc. is scheduled to release earnings figures on May … END_OF_DOCUMENT_TOKEN_TO_BE_REPLACED

The past few years have been brutal on homebuyers' budgets. Would-be buyers have been priced out of some of the most desirable neighborhoods thanks to … END_OF_DOCUMENT_TOKEN_TO_BE_REPLACED