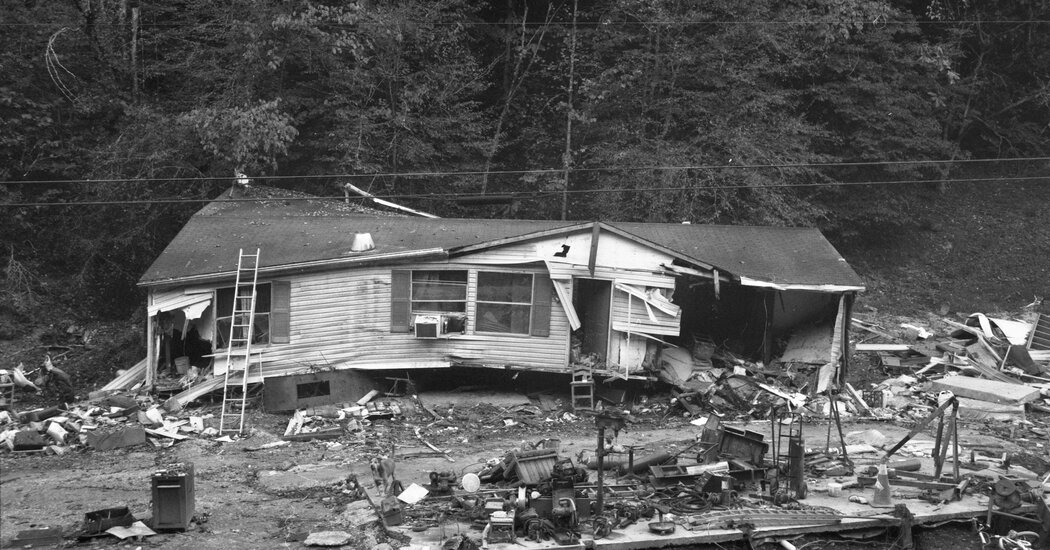 With hundreds of houses damaged or even washed away, a question looms in parts of the region: How many families who persevered there for generations will now leave for good?

LOST CREEK, Ky. — On the night of the flash floods, Vanessa Baker was last seen on her front porch, the place where cousins, aunts, uncles and grandparents would gather in the evenings after supper, talking as twilight settled into the hollow.

But on that terrifying night in late July, the porch was suddenly looking out on a ravenous sea. Ms. Baker, a 60-year-old school secretary, was clutching the hands of her husband and brother-in-law when they were pulled under the dark floodwaters. Three months later, the official list of the missing, once running to the hundreds, has been whittled to only her name.

“We’ve held out hope and held out hope,” said one of Ms. Baker’s nephews, Anthony Mullins, 40, the pastor of a nearby church. But he knew how long it had been.

The accounting of all that has been lost in the hollows and valleys of eastern Kentucky since that last week of July, when torrential rains turned quiet creeks into raging rivers in a matter of minutes, runs on and on.

people should keep flocking to new beachfront homes or subdivisions in seaside boom towns. But the floods in Kentucky poured into valleys where families had lived for generations, places that fueled the country’s growth when the coal mines were going strong but have since been largely left behind. And the looming question is how many of those who had persevered here will now decide to leave for good, with no one coming to replace them.

the local museum has been giving out hundreds of quilts as part of a regionwide effort.

But the plan for most of those who remain in Lost Creek is what it has always been, which is to rely on kin. Pastor Mullins said that his uncle, Ms. Baker’s husband, was living with one of his sons in Hazard, Ky., about 15 miles away. He was hoping to find a home somewhere nearby, Pastor Mullins said, but nobody who was on the porch with Ms. Baker on the night of the floods was planning to return to that clearing in the hollow where family members had lived side by side for generations.

“That part of the community is gone,” Pastor Mullins said.

A few miles away, in the shadow of an old drive-in movie screen, Dot Prater is living in a pop-up camper right next to her flood-damaged home.

She believes that a lot of people who left the area after the floods might never return, “afraid that the water will come back.” And even many of those who do stay in the mountains will now be scattered, evicted by the floods from places where they had long lived and thought they always would. Ms. Prater, 70, insisted she would not be satisfied anywhere other than Lost Creek. “That’s home to me,” she said.

But still, it is not quite the same.

“I picked up my granddaughter the other day,” Ms. Prater said, “and I said to her, ‘Ah, things look so strange now, don’t it, honey?’”

AUSTIN, Texas--(BUSINESS WIRE)--As the first multifamily management company to be recognized in the Public Relations and Marketing Excellence Awards, … END_OF_DOCUMENT_TOKEN_TO_BE_REPLACED

There have been whispers of cooling housing and rental prices in the San Francisco Bay Area, but that hasn't yet translated into practical, noticeable … END_OF_DOCUMENT_TOKEN_TO_BE_REPLACED

Cars pass in Independence Square at twilight in Kyiv, Ukraine, Monday, Oct. 31, 2022. Rolling ... [+] blackouts are increasing across Ukraine as the … END_OF_DOCUMENT_TOKEN_TO_BE_REPLACED