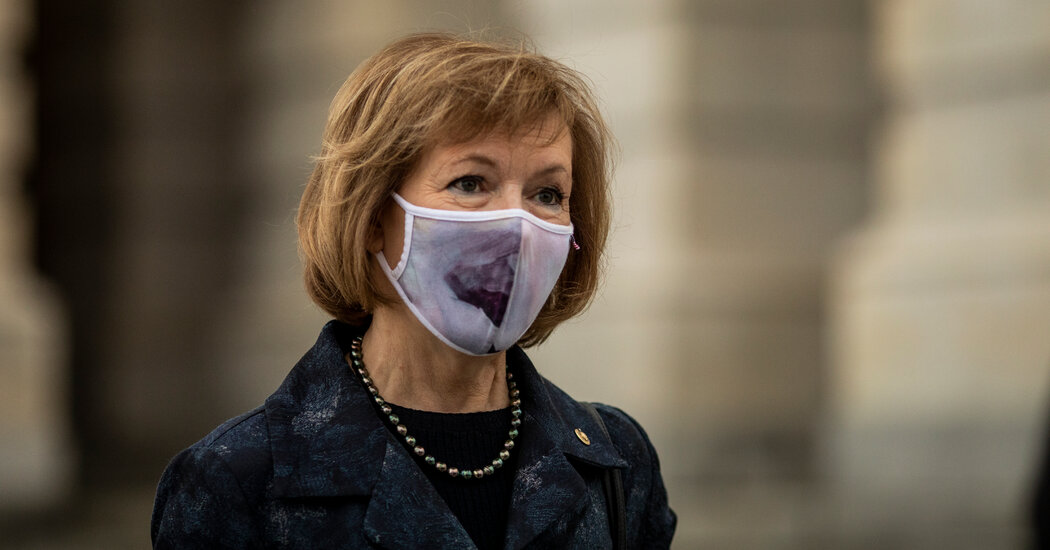 A growing number of Senate Democrats are warming to the idea of eliminating the filibuster as they encounter Republican resistance to President Biden’s legislative agenda, forcing the White House to cut deals on issues like the minimum wage and pandemic relief payments.

Under Senate rules, 60 votes are required to end debate on major bills. Opponents want to do away with that preliminary hurdle, which has been used by both parties as a tactic to stymie contentious legislation, and allow proposals to pass with the simple majority of 51 votes required when all senators are present.

If the founders envisioned the upper chamber as a “cooling bowl” to moderate more extreme bills passed the House, the filibuster has often been a deep freezer, infamously deployed by Southern racists to quash reforms during the civil rights era.

The filibuster has been deployed both parties over the years, but to greater and more sustained effect by conservatives. Proponents say it necessitates negotiation and compromise.

use their legislative power to redraw districts to favor conservatives and place new restrictions on voting access.

Midwestern Democrats are joining the progressive wing in calling for the filibuster’s abolition, or at least its strategic suspension.

On Thursday, Senator Tina Smith of Minnesota took to Twitter to declare her support for ending the filibuster. “The Senate needs to abolish the filibuster. It’s undemocratic,” she wrote, adding, “We need to move this country forward.”

A day earlier, Senator Amy Klobuchar, the state’s senior senator and a standard-bearer for her party’s moderate wing in 2020, said the likely demise in the Senate of a House voting rights bill had flipped her from a “maybe” to a “yes.”

told Mother Jones magazine. “I have favored filibuster reform for a long time and now especially for this critical election bill.”

Another centrist, Jon Tester of Montana, has taken a wait-and-see approach, but signaled recently that he too might be open to killing the rule.

There are still no plans by the leader of the anti-filibuster faction, Senator Jeff Merkley of Oregon, to push for a vote on the issue, and no Republican is likely to join such an effort.

But Democratic lawmakers need to at least prove they are trying, as pressure increases from progressives and labor unions who see the rule as an obstacle, and as Democrats outside of Washington remind those on Capitol Hill what the base wants.

“While these Senators sit comfortably in Washington making $174,000 a year, millions of Americans are struggling every day to get by,” John Fetterman, the lieutenant governor of Pennsylvania, who is running for Senate in 2022 and supports killing the filibuster, wrote in an email on Friday. (An earlier version of this post misstated Mr. Fetterman’s job title.)

Phil Shell loves the Bay Area and its real estate market. He’s been building his career here as an agent over the past eight years, but even he hasn’t … END_OF_DOCUMENT_TOKEN_TO_BE_REPLACED

DS4 Cross DS The Plug-in hybrid seems the perfect answer to the electric car dilemma; battery power for all your local needs and a traditional motor … END_OF_DOCUMENT_TOKEN_TO_BE_REPLACED