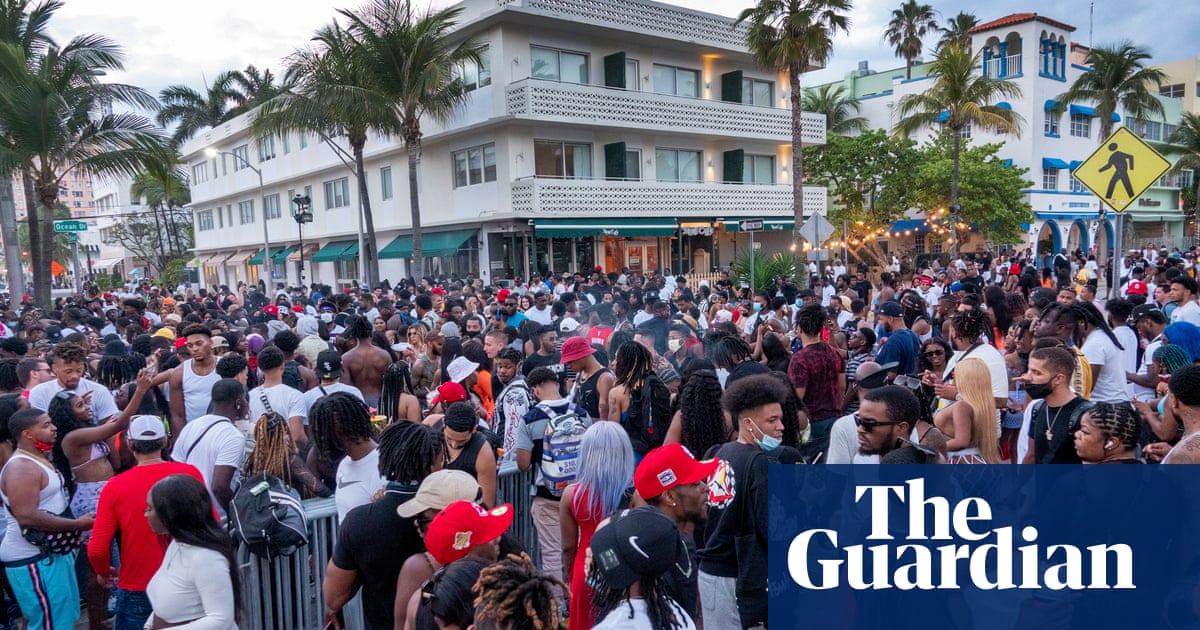 Miami Beach officials have extended a curfew and state of emergency into April, in response to large spring-break crowds of partygoers who have celebrated in the area’s bars and beaches despite the coronavirus.

The throngs of young people holidaying in Miami Beach have prompted a crackdown by police, which has included the use of “pepper balls” fired into the crowds.

Miami Beach city commissioners said they were extending a curfew from Thursdays through Sundays between 8pm and 6am through 12 April.

Police say they have arrested more than 1,000 people – about twice as many as they arrested last year – during this spring break season. They say the curfews are necessary to maintain order, according to the local CBS affiliate.

City manager Raul Aguila told the news station that he believes visitors have traveled to Miami Beach “to engage in lawlessness and an anything-goes, party attitude”. Aguila claimed many visitors are not patronizing local businesses or spending tourism dollars during their time in Florida.

The Miami Herald reported that police have utilized pepper balls to disperse crowds several times this spring break season, describing the tactic as “balls that are fired at the ground and emit teargas, forcing people within a certain distance to move to avoid the eye irritant”.

The Miami Beach police chief, Richard Clements, told the paper that officers fired the projectiles because the crowd had begun to surge towards officers.

“I think officers felt threatened at the time,” he said, adding that at least five officers have been injured during spring break this year. Video of large crowds and teargassing by police in the city have circulated online.

The police response to the large spring-break crowds has garnered criticism from some Black leaders, who note that many of the thousands of tourists who have converged on the city are people of color.

Stephen Hunter Johnson, the advisory group’s chair, called reactions from officials “performative” and a show of “unnecessary force”. He said tourists and locals were only given a few hours’ notice before the curfew went into effect over the weekend.

According to the Herald, Miami Beach approved a $2m spend on increased police presence and an advertising campaign ahead of spring break that warned that unruly tourists would be arrested.

In light of enacting the curfew, which forces local restaurants to stop outdoor service during the state-of-emergency period, CBS said officials have had a difficult time balancing a desire to boost the tourism economy with managing public health in the pandemic.

Florida has no statewide mask or gathering restrictions.

The poshest place in California's Coachella Valley is The Madison Club. This exclusive gated community in La Quinta is where A-listers and tycoons … END_OF_DOCUMENT_TOKEN_TO_BE_REPLACED

KOROPY, Ukraine — Four men tugged at long strips of fabric to lift a coffin out of the gaping hole in the backyard of a small house. They flung the … END_OF_DOCUMENT_TOKEN_TO_BE_REPLACED