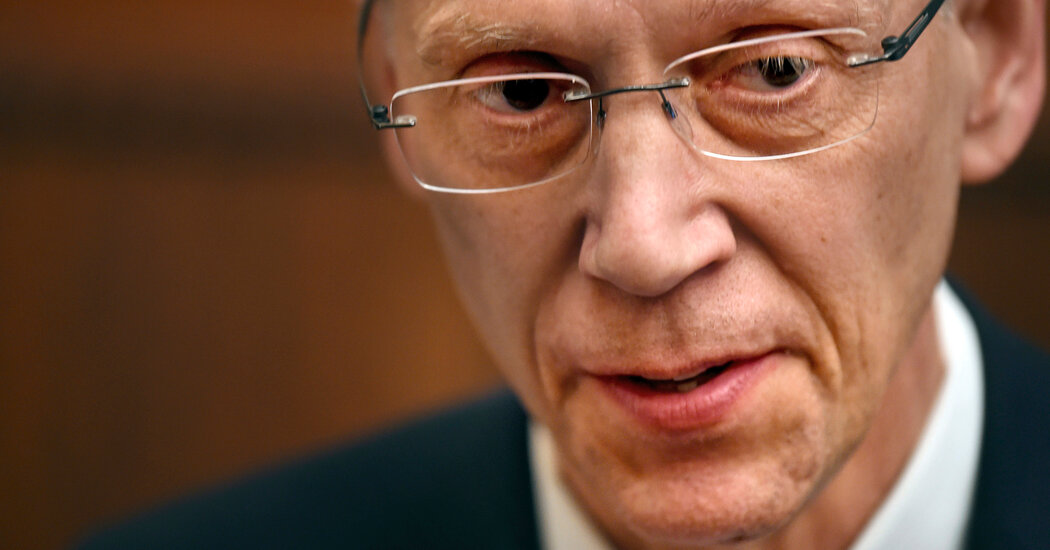 The tortuous path of human remains from a deadly bombing that took place 36 years ago in Philadelphia took another jarring turn on Friday when city officials announced that bones they said had been cremated and discarded were apparently saved, after all, in a box in storage.

The discovery of the remains came one day after city officials said Philadelphia’s health commissioner had resigned under pressure after acknowledging that he had authorized the cremation and disposal of the remains in 2017, without regard to the family’s wishes.

Now officials want to know why the bones were not incinerated, after all. But they say the former commissioner, Thomas A. Farley, will not get his job back.

“Nothing is changing relative to his employment,” said Deana Gamble, a spokeswoman for Jim Kenney, the mayor of Philadelphia. “He still made the wrong decision in 2017 that led to this unfortunate situation.”

cleared officials of criminal liability for the deaths and destruction resulting from the bombing.

passing the bones of an unidentified victim of the bombing between them for the last 36 years. Those bones had also been featured in a video for an online course, “Real Bones: Adventures in Forensic Anthropology,” taught by a University of Pennsylvania professor and offered by Princeton.

On Thursday, city officials announced that Dr. Farley had recently confided to them that he had authorized the cremation and disposal of additional unidentified remains from the bombing in 2017.

In a statement on Thursday, Dr. Farley said he had authorized Dr. Gulino to cremate and dispose of the remains because he believed the investigations into the MOVE bombing had been completed more than 30 years ago and he didn’t want to cause more anguish for the victims’ families.

But Dr. Farley said he had come to regret his decision after hearing about the handling of the bones by the anthropologists at Penn and Princeton.

“I believe my decision was wrong and represented a terrible error in judgment,” Dr. Farley said. “I profoundly regret making this decision without consulting the family members of the victims, and I extend my deepest apologies for the pain this will cause them.”

On Friday, city officials delivered another jolting announcement: The bones that they said had been cremated in 2017 had apparently been found.

They were discovered when employees of the Medical Examiner’s Office came upon a box labeled “MOVE” in a refrigerated area of their office, Mr. Kenney said in a statement.

“After comparing the contents of the box to an inventory of bone specimens and fragments from 2017, they appear to be the remains thought to have been cremated four years ago,” Mr. Kenney said on Friday.

“Members of the Africa family were at the Medical Examiner’s Office this afternoon to review documents pertaining to the bombing,” the mayor said. “I personally informed them that the box had been located and its contents were described to them by the interim medical examiner.”

Mike Africa Jr., a member of MOVE who was at the meeting with Mr. Kenney, said he was stunned to learn that the bones had not been destroyed.

“It’s hard to say nothing shocks me at this point, but it does,” Mr. Africa said on Saturday. “I still can’t believe it. It’s still incredible. How is this possible? How are these people so sloppy? How are they so incompetent?”

Dr. Farley could not be immediately reached for comment on Saturday. Mr. Africa said the family had not yet decided what to do with the remains.

Leon Williams, a lawyer who has advised MOVE, said the discovery of the bones had left him wondering whether someone had defied Dr. Farley’s instructions to cremate them.

“Either somebody was downright insubordinate, or they had a conscience or they decided it was the wrong thing to do,” he said.

Mr. Kenney said he was relieved that the remains had not been destroyed.

“However, I am also very sorry for the needless pain that this ordeal has caused the Africa family,” he said. “There are many unanswered questions, including why the remains were not cremated as Dr. Farley directed.”

It’s a property that offers a unique open floor plan—plus a hot tub with a view.“It was a Methodist church located in a historic little area of St. … END_OF_DOCUMENT_TOKEN_TO_BE_REPLACED