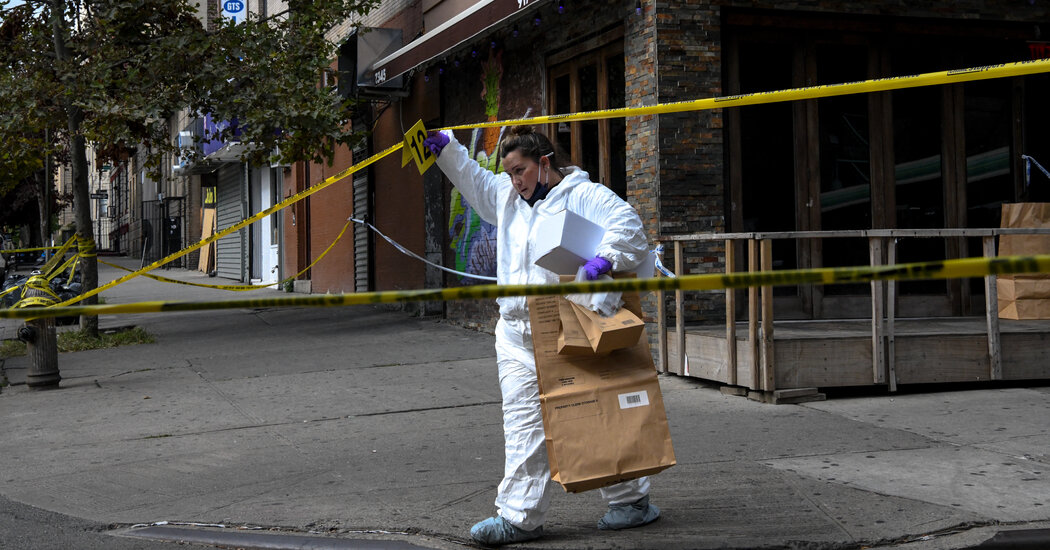 The big increase in the murder rate in the United States in 2020 has carried over to 2021.

A sample of 37 cities with data available for the first three months of this year shows murder up 18 percent relative to the same period last year.

In the midst of a volatile period in crime, keeping track of trends has become especially important so that the police and local officials can tailor prevention policies.

But as it happens, this year’s national crime release will be the last of its kind as the F.B.I. transitions to a crime reporting system that will affect the public’s ability to evaluate trends locally and nationally.

On Monday, the F.B.I. released preliminary statistics showing a major increase in murder last year, with a 25 percent rise in agencies that reported quarterly data. The F.B.I. did not receive data from several cities with known big increases in murder like New York, Chicago and New Orleans, but cities of all sizes reported increases of greater than 20 percent.

some possibilities are the various stresses of the pandemic; the surge in gun sales during the crisis; and less belief in police legitimacy related to protests over police brutality.

The trend in the early months this year is not necessarily indicative of where things will end up in 2021. Most obviously, the pandemic may mostly recede by summer because of widespread vaccination, and a broad reopening of public life may change the dynamic that has led to the rise in violence.

It may also be harder to assess trends in crime more generally, particularly those other than murder, with the F.B.I. phasing out its use of one data source.

The Uniform Crime Report was begun in 1929 to serve as the nation’s repository of crime data. On Jan. 1, it made arguably its biggest change in its century of existence. The eventual result should be more detailed information about crime, but it will probably come at the price of less confidence in reported crime figures over the next few years.

hierarchy rule,” meaning they count only the most serious offense in an incident. If a burglar assaults a homeowner, the assault is counted, while the burglary is not. Or if a murder takes place during a robbery, only the murder is recorded. Second, there are only seven main categories of national crime data (arson is so underreported that the F.B.I. does not estimate national figures), so data on crimes like vandalism, fraud and kidnapping is not collected.

To address these deficiencies, on Jan. 1 the F.B.I. stopped collecting data via the S.R.S. and switched to the National Incident Based Response System (NIBRS).

This newer system, started in 1988, collects data on a much wider array of offenses, though this data was not used until now for the Uniform Crime Report. NIBRS does away with the hierarchy rule; agencies can report on up to 10 different offenses in a single episode.

Agencies also report substantially more details on things like where crimes occur; the relationship between offender and victim; and how much of what drug was seized in a drug raid. As the F.B.I. points out, for example, a concerned citizen can use the system to see how many kidnappings occur at day care centers each year.

“The move to NIBRS will be a huge leap forward for understanding crime and victimization,” said Jerry Ratcliffe, a professor of criminal justice at Temple University and host of the “Reducing Crime” podcast. “It may help police departments that have a strong analytical capacity advance their crime prevention strategies.”

Although phasing out S.R.S. will have benefits, the switch-over presents short-term challenges. For a start, it isn’t known how many agencies will actually report crime data in 2021 using the newer system.

estimated in 2014 that 11 percent of all criminal episodes involved multiple offenses, and that converting to NIBRS would lead to a 2 percent increase in offenses.

Chief Covelli said Mr. Crimo planned the shooting for several weeks, but that the authorities had not yet established what his motive was. “We have no … END_OF_DOCUMENT_TOKEN_TO_BE_REPLACED

Kevin McKenzie and Martine van Hamel were standing in the dining room of their weekend house in Woodstock, N.Y., trying to figure out when they got … END_OF_DOCUMENT_TOKEN_TO_BE_REPLACED