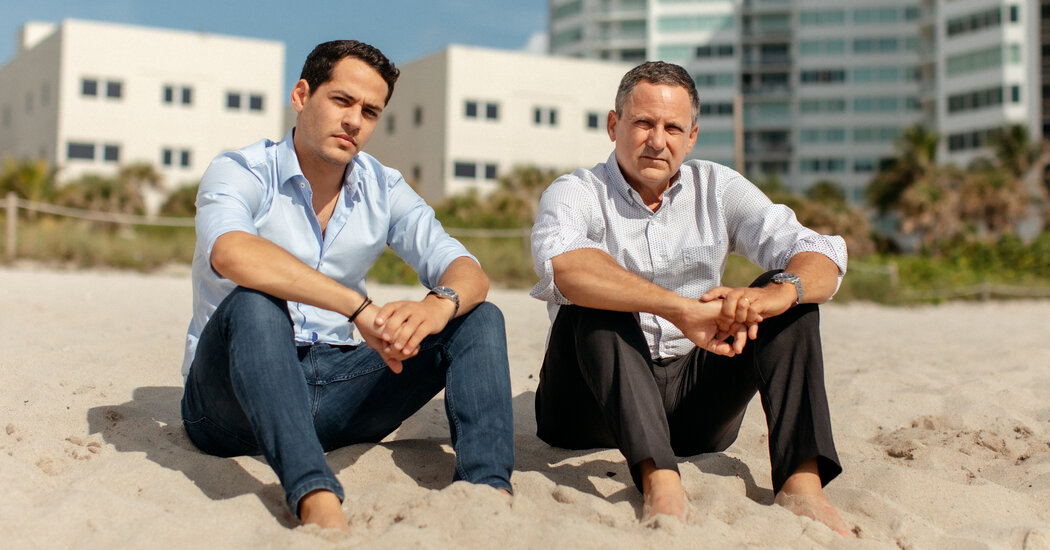 ‘I have struggled with my faith’

Angela Gonzalez, 45, yelled for her daughter Deven, 17, a high school volleyball player, when the building crumbled. The floor caved and they fell several stories. Both suffered serious injuries. The remains of Edgar Gonzalez, their husband and father, were found two weeks later.

DEVEN: Any moment I’ll wake up, and it’ll be how it was before. But it’s obviously not.

I kept my honors and Advanced Placement classes. But that wasn’t the best idea, because I had a third surgery in November. I missed a month of school. I had to learn to walk again. It really sucks. I hated it.

Simple tasks are like climbing Everest. The biggest one that we struggle with is dinner. My dad usually made dinner, so whenever nighttime rolls around, we’re like, “Oh, we didn’t take anything out to defrost.”

I have struggled with my faith. Some people say you’re a bad person or a sinner if you’re mad at God. Well, then I’m a sinner, because I am really angry that he let this happen. But my dad would have told me: He has a plan, and I might not know what it is right now, but there is one.

ANGELA: People are amazed by our resiliency, and they equate that to this being easy. It’s not. It’s so much easier to not come out of our bedroom. But we choose to face this every day.

You were seeing double this week: A spectacular $54 million compound featuring two equally luxurious mansions separated by a private lake in Southwest … END_OF_DOCUMENT_TOKEN_TO_BE_REPLACED

Taylor Heinicke #4 of the Washington Football Team celebrates after defeating the Seattle Seahawks at FedExField on November 29, 2021 in Landover, … END_OF_DOCUMENT_TOKEN_TO_BE_REPLACED

Members of the Ukrainian Police force, Larisa, 31, and Roman, 30, get married at a wedding hall at an expo center in Kyiv, Ukraine, on … END_OF_DOCUMENT_TOKEN_TO_BE_REPLACED