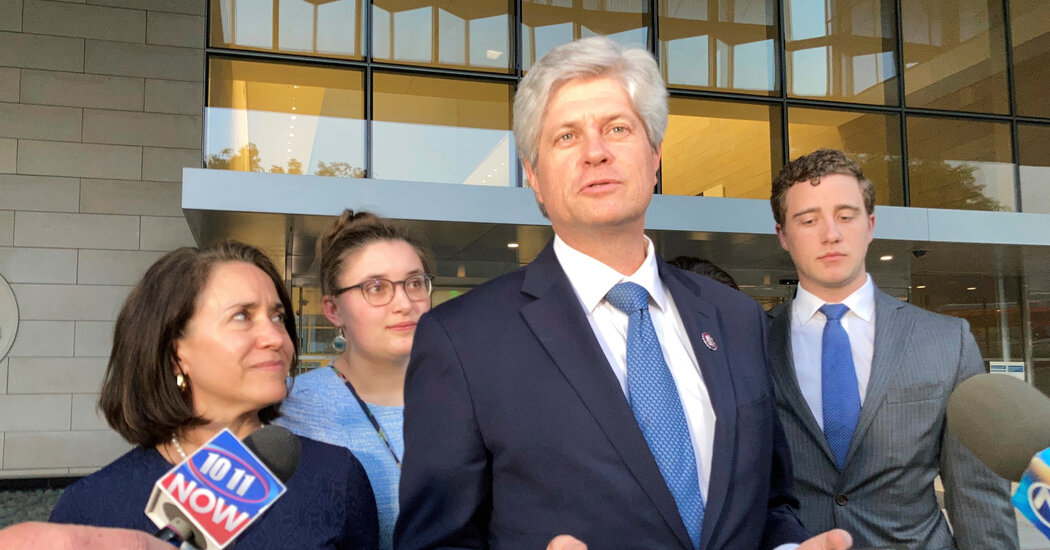 LOS ANGELES — A Nebraska congressman was convicted Thursday on three felony charges that he lied to federal authorities about having received an illegal campaign contribution from a foreign citizen.

Representative Jeff Fortenberry was convicted in federal court in Los Angeles on one count of falsifying and concealing material facts and two counts of making false statements. Each carries a maximum sentence of five years in prison, according to the United States Department of Justice. A sentencing hearing was set for June 28.

“The lies in this case threatened the integrity of the American electoral system and were designed to prevent investigators from learning the true source of campaign funds,” said Tracy L. Wilkison, one of the prosecutors.

Mr. Fortenberry’s office did not immediately respond to a request for comment. But outside the courthouse, Mr. Fortenberry told reporters that he would appeal.

the federal indictment in the case. Foreign citizens are prohibited from donating to U.S. election campaigns.

Rather than report the contribution in an amended filing with the Federal Election Commission or return the money, as federal law dictates, prosecutors said Mr. Fortenberry kept it and told investigators in 2019 that he had been unaware of any contributions made by foreign citizens.

The charges did not stem from the donation itself, which came from Gilbert Chagoury, a Lebanese Nigerian billionaire who was accused of conspiring to make illegal campaign contributions to American politicians in exchange for access to them.

The charges came after prosecutors said Mr. Fortenberry denied knowing that the donation, which had been funneled through an intermediary, were from Mr. Chagoury — even after the congressman told a cooperating witness, a fund-raiser referred to in court filings as Individual H, that the donation “probably did come from Gilbert Chagoury.”

Federal investigators first interviewed Mr. Fortenberry in 2019 as part of an investigation into Mr. Chagoury, who admitted to giving $180,000 to four candidates from June 2012 to March 2016. Mr. Fortenberry was one of those four.

Mr. Chagoury ultimately reached a deal with the U.S. government and paid a $1.8 million fine.

In court documents, prosecutors said Mr. Chagoury had been told to donate to “politicians from less-populous states because the contribution would be more noticeable to the politician and thereby would promote increased donor access.”

AUSTIN, Texas--(BUSINESS WIRE)--As the first multifamily management company to be recognized in the Public Relations and Marketing Excellence Awards, … END_OF_DOCUMENT_TOKEN_TO_BE_REPLACED

There have been whispers of cooling housing and rental prices in the San Francisco Bay Area, but that hasn't yet translated into practical, noticeable … END_OF_DOCUMENT_TOKEN_TO_BE_REPLACED

Cars pass in Independence Square at twilight in Kyiv, Ukraine, Monday, Oct. 31, 2022. Rolling ... [+] blackouts are increasing across Ukraine as the … END_OF_DOCUMENT_TOKEN_TO_BE_REPLACED