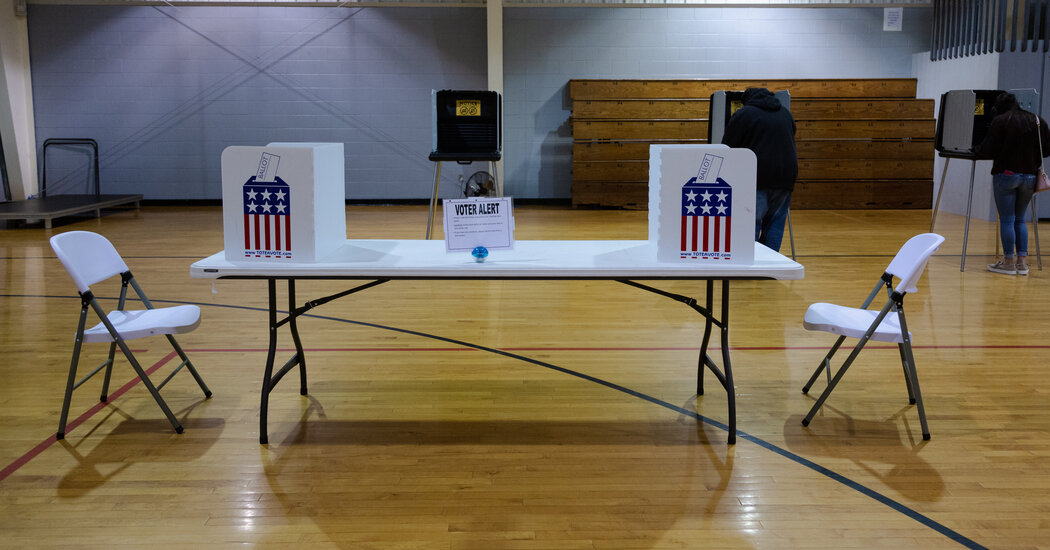 North Carolina must immediately allow felons who are on parole, probation or supervised release to register to vote, a three-judge panel in a state court said Monday.

The 2-1 ruling, in a state Superior Court in Raleigh, restores voting rights to a disproportionately Black group of roughly 56,000 people who are out of prison but are under some sort of supervision. Black North Carolinians make up 21 percent of the state’s population, but 42 percent of those on parole or supervised release.

The judges said they would issue a formal ruling explaining their decision later. Both the Republican-controlled State General Assembly and the State Board of Elections, which had defended the law in court, said they would await the court’s written opinion before deciding whether to appeal the decision.

The North Carolina State Conference of the N.A.A.C.P. and Forward Justice, a group pressing for equal treatment of minorities in Southern justice systems, had sued to overturn the law with three local groups that work with former felons.

The ruling “delivers on a promise of justice by the North Carolina N.A.A.C.P. a half century ago, that all people living in communities across the state deserve to have their voices heard in elections,” said Stanton Jones of the law firm Arnold & Porter, the lead lawyer for the plaintiffs. “And now, 50 years later, the voices of those 56,000 people will finally be heard.”

But State Senator Warren Daniel, the Republican chairman of the Senate’s elections committee, said the judges were ignoring a clause in the State Constitution that bars convicted felons from voting unless their rights are restored according to state law. “These judges may think they’re doing the right thing by rewriting laws as they see fit (without bothering to even explain their ruling),” he said in a statement. “But each one of these power grabs chips away at the notion that the people, through their legislature, make laws.”

The decision followed a trial that bared the history of the state’s disenfranchisement of Black people in sometimes shocking detail.

The law struck down on Monday, which was enacted in 1877, extended disenfranchisement to people convicted of felonies in response to the 15th Amendment, which enshrined Black voting rights in the Constitution. But in the decade before that, local judges had reacted to the Civil War’s freeing of Black people by convicting them en masse and delivering public whippings, bringing them under a law denying the vote to anyone convicted of a crime for which whipping was a penalty.

A handful of Black legislators in the General Assembly tried to rescind the 1877 law in the early 1970s, but secured only procedural changes, such as a limit on the discretion of judges to prolong probation or court supervision.

In court arguments, neither side disputed the racist origins of the law. But lawyers for the General Assembly and the elections board argued that changes in the early 1970s removed that racist taint, even if the consequences — depriving former felons of voting rights — had not changed.

Mr. Daniel also argued on Monday that the procedural changes approved in the 1970s laid down the legal route for former felons — who had completed their prison sentence and were no longer under any form of supervision — to regain voting rights, and that the court had no power to change it.

The plaintiffs said the law violated parts of the State Constitution guaranteeing the state’s citizens substantially equal voting power and declaring that “all elections shall be free.” Both clauses should apply to all felons who had completed their sentences regardless of their race, they argued. But the law’s obvious discriminatory impact on Black people, they said, was reason enough for it to be struck down.

The ruling on Monday was not entirely unexpected. The same three-judge panel had temporarily blocked enforcement of part of the law before the November general election, stating that most people who had completed their prison sentences could not be barred from voting if their only reason for their continued supervision was that they owed fines or court fees. The judges said that was an unconstitutional poll tax.

Editor’s Note: This story is part of As Equals, CNN’s ongoing series on gender inequality. For information about how the series is funded and more, … END_OF_DOCUMENT_TOKEN_TO_BE_REPLACED

IdentityForce, a service from the credit bureau TransUnion, monitors your personally identifiable information (PII) so you don’t have to do it … END_OF_DOCUMENT_TOKEN_TO_BE_REPLACED