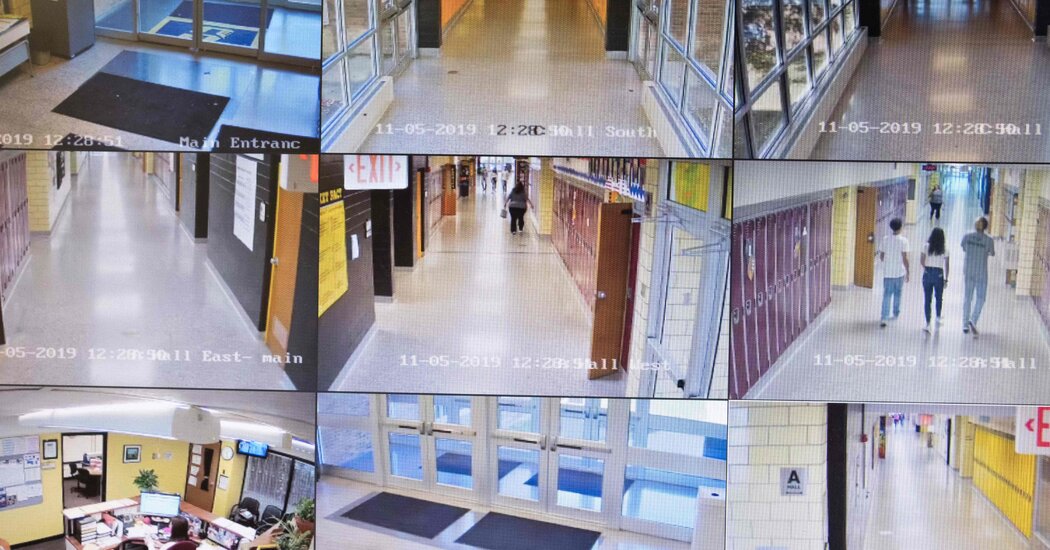 Teachers and other school employees in Ohio will be able to carry firearms into school with a tiny fraction of the training that has been required since last year, after Gov. Mike DeWine signed a bill into law on Monday.

While employees have for years been allowed to carry guns on school grounds with the consent of the local school board, the Ohio Supreme Court ruled in 2021 that state law required them to first undergo the same basic peace officer training as law enforcement officials or security officers who carry firearms on campus — entailing more than 700 hours of instruction.

That ruling, Mr. DeWine said on Monday, had made it largely impractical for Ohio school districts to allow staff members to carry firearms.

large majority of teachers, oppose the idea of arming teachers.

would continue to prohibit teachers and other nonsecurity employees from carrying guns in schools.

In a speech on the Senate floor, State Senator Niraj Antani, a Republican, dismissed the “crocodile tears” of lawmakers who saw the bill as dangerous, arguing that armed teachers would deter school shootings and calling the bill “probably the most important thing we have done to prevent a school shooter in Ohio.”

A sizable opposition against the bill had grown against it during its journey through the Legislature. Hundreds packed into committee rooms for the bill’s hearings, with all but two or three speakers testifying against it. The opposition included gun control groups as well as teachers, school board members, police union representatives and police chiefs.

Robert Meader, who recently retired as commander of the Columbus, Ohio, Division of Police, called the training requirement in the bill “woefully inadequate,” arguing that it would “cause harmful accidents and potentially even needless deaths.”

The bill is the second major gun bill that Mr. DeWine, a Republican, has signed into law this year. The first, which went into effect on Monday, eliminates the requirement for a license to carry a concealed handgun.

The governor faced intense pressure to address gun violence after a 2019 shooting in Dayton, when nine people were killed and 17 wounded by a young man who opened fire outside a bar. In the days after the shooting, a crowd at a vigil greeted Mr. DeWine with loud chants of “Do Something!” which would become something of a motto for those seeking action on gun violence.

Mr. DeWine initially expressed support for a so-called red flag law, but neither it nor any other limitations on guns have come up for a vote in the Republican-controlled Legislature.

In 2021, Mr. DeWine signed a “Stand Your Ground” measure, allowing people to use deadly force without first attempting to retreat from a dangerous situation. He signed the bill allowing concealed carry without a permit in March. Republicans argued in the debate before this latest bill that drastically reducing the training required for teachers to carry guns was itself a response to people’s demands for action on gun violence.

“We’ve heard people say ‘Do something,’” State Senator Terry Johnson, a Republican, said on the Senate floor. “Well, this is something and it’s a significant something.”

Democrats, heavily outnumbered in the Legislature, were left only to condemn the bill and warn of its potential consequences.

“They just wanted to say they were doing something and what they’ve gotten away with is unconscionable,” State Senator Teresa Fedor, a Democrat who served in the Air Force and taught fourth grade for years, said in an interview. “They will have blood on their hands.”

AUSTIN, Texas--(BUSINESS WIRE)--As the first multifamily management company to be recognized in the Public Relations and Marketing Excellence Awards, … END_OF_DOCUMENT_TOKEN_TO_BE_REPLACED

There have been whispers of cooling housing and rental prices in the San Francisco Bay Area, but that hasn't yet translated into practical, noticeable … END_OF_DOCUMENT_TOKEN_TO_BE_REPLACED

Cars pass in Independence Square at twilight in Kyiv, Ukraine, Monday, Oct. 31, 2022. Rolling ... [+] blackouts are increasing across Ukraine as the … END_OF_DOCUMENT_TOKEN_TO_BE_REPLACED