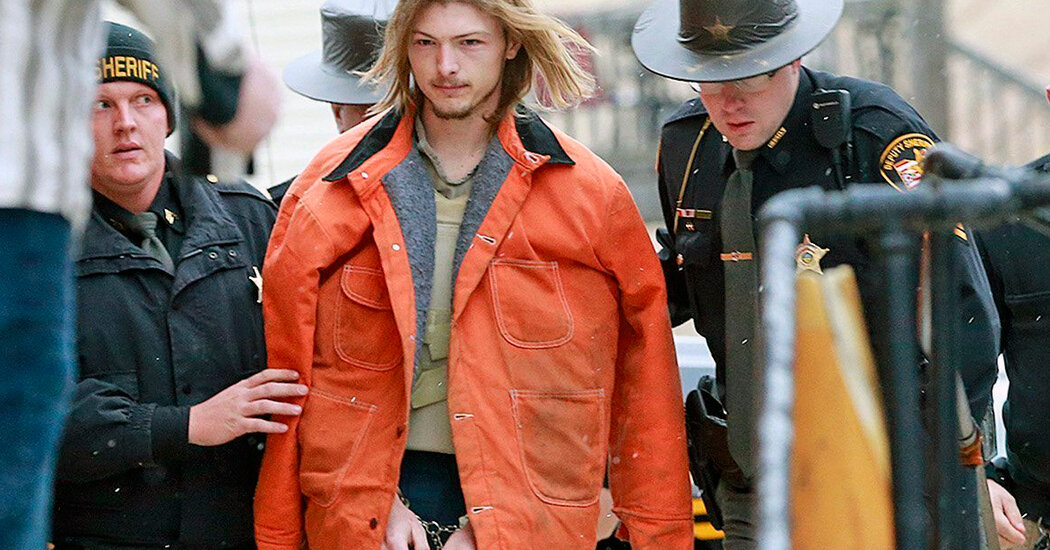 An Ohio man pleaded guilty on Thursday to eight counts of aggravated murder in the fatal shootings of his child’s mother and seven of her family members in 2016, a crime that spurred rampant speculation that it was tied to drug trafficking but that prosecutors said had stemmed from a bitter custody dispute.

The man, Edward Wagner, 28, apologized for his role in the killings of eight members of the Rhoden family, five years to the date that their bodies were found in several mobile homes and a camper in a sparsely populated area of Pike County in the southern part of the state. Each victim had been shot in the head.

As part of a plea deal reached in Pike County, prosecutors agreed not to pursue the death penalty against Mr. Wagner, whom they recommended should serve eight life sentences without the possibility of parole. He had previously pleaded not guilty.

In exchange, Mr. Wagner, known as Jake, agreed that he would testify against his parents and an adult brother in the homicide case, which took more than two years of an extensive investigation before arrests were made. Mr. Wagner confessed to personally causing the deaths of five of the eight victims, according to prosecutors.

“I am deeply and very sorry,” said Mr. Wagner, who will be sentenced at a later date.

Prosecutors said that Mr. Wagner had been embroiled in a bitter dispute with Hanna May Rhoden over the custody of their then-2-year-old daughter, Sophia, when he and his family members planned the murders.

At the time of the killings, Ms. Rhoden, 19, had begun seeing someone else and was pregnant with that person’s child, according to prosecutors, who said that Mr. Wagner had forged court documents maintaining that he would get custody of Sophia in the event of Ms. Rhoden’s death.

“Jake grew to be upset with Hanna over the fact that Hanna was exposing Sophia to people that he believed that she should not be around,” Angie Canepa, a special prosecutor in the case, said on Thursday.

Ms. Canepa said that Ms. Rhoden had told a friend in a Facebook message in December 2015 that she would never sign papers sharing custody of Sophia with Mr. Wagner.

“‘They will have to kill me first,’” said the message, which was part of hacked material found in possession of Mr. Wagner’s family, according to Ms. Canepa.

Brian K. Duncan, a lawyer for the Rhodens, said in an email on Thursday that the family was overcome by emotion over Mr. Wagner’s guilty plea.

“Mr. Wagner’s plea provides at least some semblance of immediate justice, and a glimmer of hope that perhaps all responsible parties will ultimately be held accountable for their respective actions in the near future,” Mr. Duncan said.

The cases of Mr. Wagner’s parents, George (Billy) Wagner III and Angela Wagner, and his brother, George Wagner IV, all of whom have pleaded not guilty, are continuing.

Prosecutors said that Mr. Wagner had spent several months planning the murders and had purchased materials for making silencers for guns and a cellphone jammer.

Shell casings matching some of those used in the murders were found at the Wagner home, the authorities said, and the tread marks from bloody footprints found at the scene matched those on several pairs of shoes that the Wagners had recently purchased.

The case had appeared that it might involve drugs when sheriff’s deputies found three marijuana-growing operations on the premises of at least one of the homes where the victims’ bodies were discovered.

In addition to the eight counts of aggravated murder, Mr. Wagner pleaded guilty to 15 other criminal counts that included conspiracy, aggravated burglary and tampering with evidence.

“I am guilty, your honor,” he repeated when asked if he wanted to change his previous not guilty pleas.

Greg Meyers, a public defender for Mr. Wagner, said that his client had gone “eyes wide open” into the plea agreement.

“He knows he’s going to die in prison without any judicial release,” Mr. Meyers said.

ROSWELL, Ga.--(BUSINESS WIRE)--Berkshire Hathaway HomeServices Georgia Properties, one of the largest and most successful real estate organizations in … END_OF_DOCUMENT_TOKEN_TO_BE_REPLACED

The real estate market seems to have a split personality.On the positive side for homebuyers, the number of properties for sale shot up by a … END_OF_DOCUMENT_TOKEN_TO_BE_REPLACED

Kim Tae-Ri plays a gun-toting time traveler in 'Alienoid.' Well Go USA Director Choi Dong-hoon likes a challenge. That much is apparent in his latest … END_OF_DOCUMENT_TOKEN_TO_BE_REPLACED