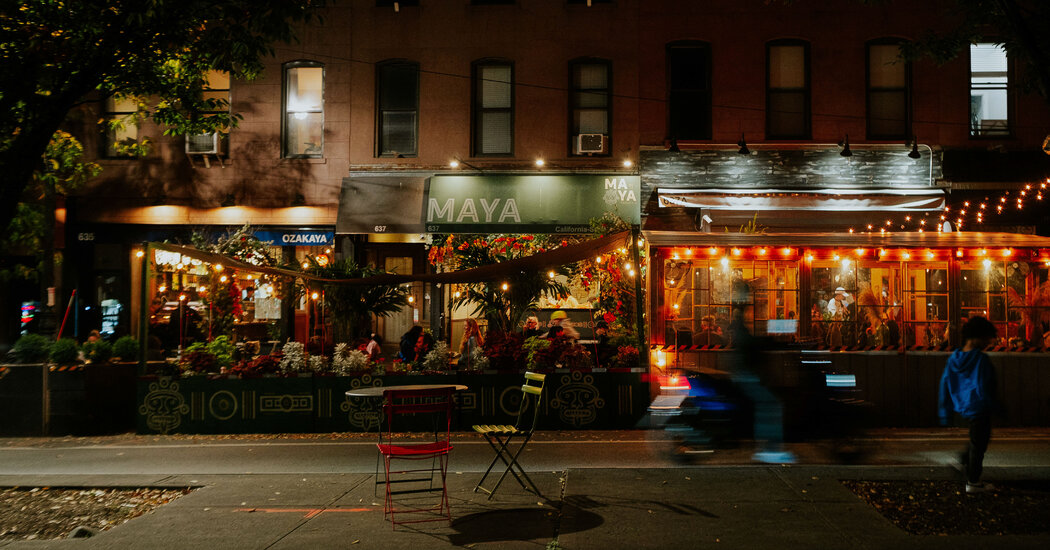 New York City’s Open Streets program grew out of a clamor for more outdoor space early in the coronavirus pandemic.

But the traffic-free zones also became a vital lifeline for struggling restaurants and bars that embraced curbside dining.

Now, the economic impact of the initiative is being measured for the first time in a new city report that finds that restaurants and bars on the most successful Open Streets reported stronger sales than those on similar commercial streets with car traffic — and in some cases, did better than they did before the pandemic.

Some Open Streets even attracted new restaurants and bars during the first 18 months of Covid-19, when many businesses remained closed or limited their operations.

releasing the report on Tuesday as city officials seek to make outdoor dining permanent through an initiative known as Open Restaurants, which has enrolled more than 12,000 restaurants and bars. That initiative grew out of the Open Streets program, which was made permanent in 2021, though its efforts have been scaled back in some neighborhoods.

Critics of outdoor dining have complained that it has increased noise, trash and rats, as well as blocked sidewalks, taken away parking spots and worsened congestion, and they say it is no longer necessary as the city continues to recover from the pandemic.

State Assemblyman David I. Weprin, a Queens Democrat, said that there are both benefits and drawbacks to outdoor dining, and that each site should be assessed individually to determine whether an outdoor option is still necessary. “It shouldn’t just be an automatic OK like we did during the pandemic,” Mr. Weprin said. “I think there is less of a need now.”

six-block Open Street on Vanderbilt Avenue in 2020 to aid struggling restaurants and bars. Now, 24 establishments offer outdoor dining there and help pay for its operation, including seven that opened during the pandemic. Three more restaurants are coming soon.

“It’s really become a gathering place,” said Megan Robinson, the co-chairwoman of a volunteer committee that runs Vanderbilt. “I think people want to support their local businesses and this makes it easy for them.”

AUSTIN, Texas--(BUSINESS WIRE)--As the first multifamily management company to be recognized in the Public Relations and Marketing Excellence Awards, … END_OF_DOCUMENT_TOKEN_TO_BE_REPLACED

There have been whispers of cooling housing and rental prices in the San Francisco Bay Area, but that hasn't yet translated into practical, noticeable … END_OF_DOCUMENT_TOKEN_TO_BE_REPLACED

Cars pass in Independence Square at twilight in Kyiv, Ukraine, Monday, Oct. 31, 2022. Rolling ... [+] blackouts are increasing across Ukraine as the … END_OF_DOCUMENT_TOKEN_TO_BE_REPLACED