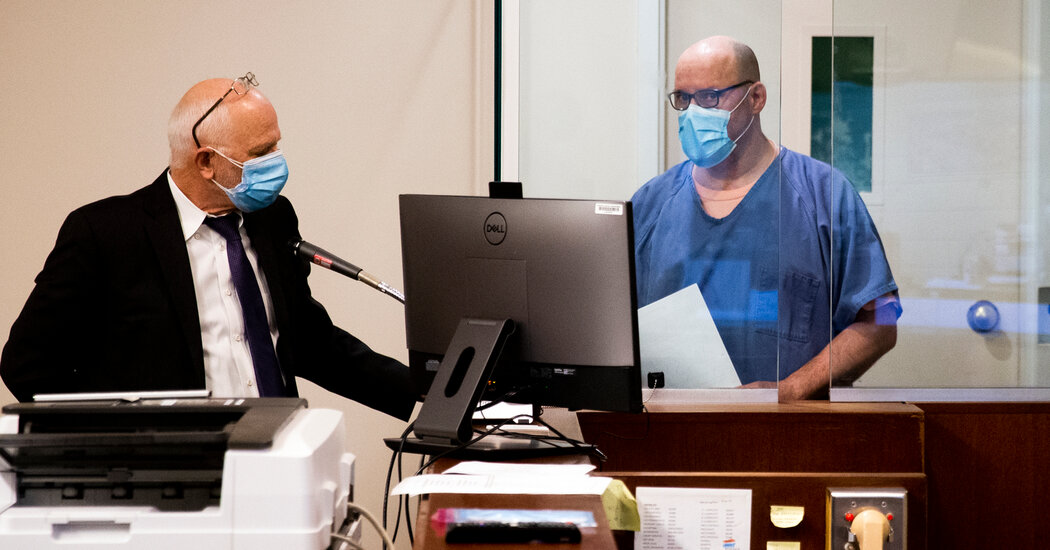 An Oregon man has been charged with two cold-case murders that were committed more than two decades apart, the authorities said this week, noting that there may be more victims.

Investigators in Portland said they still had not found the remains of the first victim, Mark Dribin, who vanished in 1999. But they discovered the dismembered body of Kenneth Griffin, who disappeared in 2020, in a shed at the home of Christopher Lovrien in Southeast Portland when they went there to investigate the first case.

Mr. Lovrien, 53, has been charged with two counts of second-degree murder, one count of first-degree abuse of a corpse and six counts of being a felon in possession of a firearm, the authorities said.

On Thursday, he pleaded not guilty in Multnomah County Circuit Court.

“Time will never stand in the way of justice,” Mike Schmidt, the Multnomah County district attorney, said in a statement on Wednesday announcing the charges against Mr. Lovrien.

did not have long-term stable housing, was not immediately available.

Investigators said they found no evidence that Mr. Lovrien, a metal fabricator, and the two murder victims knew one another. A motive for the killings, they said, remains unknown.

The case against Mr. Lovrien is among the latest breakthroughs for the science of genetic genealogy.

Genetic genealogy has been instrumental in identifying more than 40 suspects in languishing cold cases, most notably the so-called Golden State Killer in California.

“Sort of the advent of this was a couple of years ago with the Golden State Killer in California when that investigation broke,” Detective McGuire said. “Now there are agencies and companies across the country that are doing this quite a bit.”

Chief Covelli said Mr. Crimo planned the shooting for several weeks, but that the authorities had not yet established what his motive was. “We have no … END_OF_DOCUMENT_TOKEN_TO_BE_REPLACED

Kevin McKenzie and Martine van Hamel were standing in the dining room of their weekend house in Woodstock, N.Y., trying to figure out when they got … END_OF_DOCUMENT_TOKEN_TO_BE_REPLACED