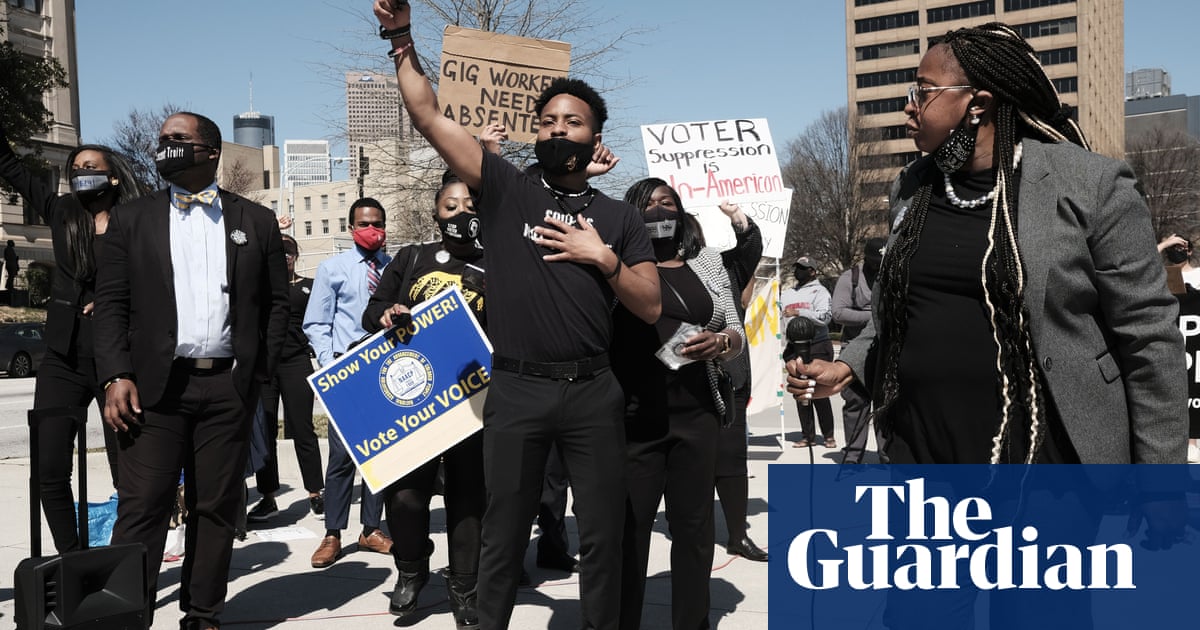 Georgia lawmakers have advanced a measure that would significantly curtail voting access after a record number of voters propelled Democratic victories in the 2020 race.

The measure scraped through 29-20 in the GOP-controlled Georgia senate, which was the absolute minimum number of votes Republicans needed. Four Republicans, including some in competitive races, sat out the vote, according to the Atlanta Journal-Constitution.

The bill, SB 241, would end the right to vote by mail without having to provide an excuse, a policy that Georgia Republicans implemented in the state in 2005. More than 1.3 million people voted by mail in the 2020 general election in the state. Under the bill only people age 65 and older, or who have one of a handful of state-approved excuses, would be allowed to vote by mail. Just 16 other states currently require a voter to give an excuse to vote by mail.

The legislation also would require voters to provide identification information, such as a driver’s license number, both when they apply to vote by mail and when they return the ballot.

Republicans have frequently held up the specter of voter fraud to justify such restrictions, though there were several vote recounts in Georgia in the 2020 race, as well as audits, and officials found no such wrongdoing.

Mike Dugan, the Republican state senator who sponsored the bill, said the lack of widespread fraud should not be an impediment to changing election rules.

“You don’t wait until you have wholesale issues until you try to meet the need,” he said. “You do it beforehand.”

He also said on the senate floor Monday that the bill was needed to reduce the burden on local election officials and to ensure that voters were not disenfranchised.

State senator Elena Parent, a Democrat, said the justification for the bill was a “weaponization of Trump’s lies” about the election.

“It is a willingness and embrace of damage to American democracy,” she said. “The numbers to stop this bill may not be here in this chamber today. But I assure you there are many thousands of Georgians right now whose political spirit is awakened by disgust at modern-day voter suppression.”

A stream of Democrats criticized the measure as a thinly veiled effort to suppress Black and other minority voters in Georgia. Those groups contributed to record turnout in the state in 2020 and helped propel Joe Biden, as well as Democrats senatorial candidates Jon Ossoff and Raphael Warnock, to stunning victories in the state.

“I know racism when I see it,” said Gail Davenport, a Democrat who recalledwatching the Ku Klux Klan marching on Saturdays in Jonesboro, just south of Atlanta. “This is not about the process. This is about suppressing the vote of a certain group of people, especially me, and people who look like me, and I take it personally.”

The bill will now go to the Georgia House of Representatives, which last week approved its own set of voting restrictions, including new limits on early voting and dropboxes. It remains unclear which proposals will ultimately be sent to the governor’s desk once each chamber fully considers the opposite chamber’s bill.

Lawmakers have until 31 March to send the bills to Governor Brian Kemp’s desk, according to the Atlanta Journal-Constitution.

“In the last two election cycles, we saw a dramatic increase in the number of voters of color who voted by mail, the number of young people who used early voting, the number of African Americans who voted on Saturday and Sunday,” Stacey Abrams, the former Georgia gubernatorial candidate, told Mother Jones.

“We saw unprecedented levels of turnout across the board. And so every single metric of voter access that has been a good in Georgia is now under attack.”

Top Republicans in the state, including Lt Gov Geoff Duncan, have said they oppose efforts to get rid of no-excuse absentee voting and Duncan refused to preside over the senate on Monday as it considered the measure to do just that.

At several points during the debate, which stretched around three hours on Monday afternoon, Democrats connected the policies under consideration to those in the Jim Crow south. They noted that some members of the legislature had lived through those policies. Harold Jones II, another Democratic state senator, urged his colleagues to pay attention to Black lawmakers who spoke out against the bill.

“It’s because that most basic right was denied to us. It’s not 1800, it’s not 1850s, it’s right here in this room. Many of the senators that sit here lived through that process,” he said. “Let me tell you, it is not theater. It is not a performance. It is real because we live with it every single day.”

A shopper carries a bag outside a Walmart store in San Leandro, California, on Thursday, May 13, 2021.David Paul Morris | Bloomberg | Getty … END_OF_DOCUMENT_TOKEN_TO_BE_REPLACED

The rapper and entrepreneur Sean "Diddy" Combs has recorded a sale of one of his many homes. As we mentioned in our rundown of the impresario’s … END_OF_DOCUMENT_TOKEN_TO_BE_REPLACED