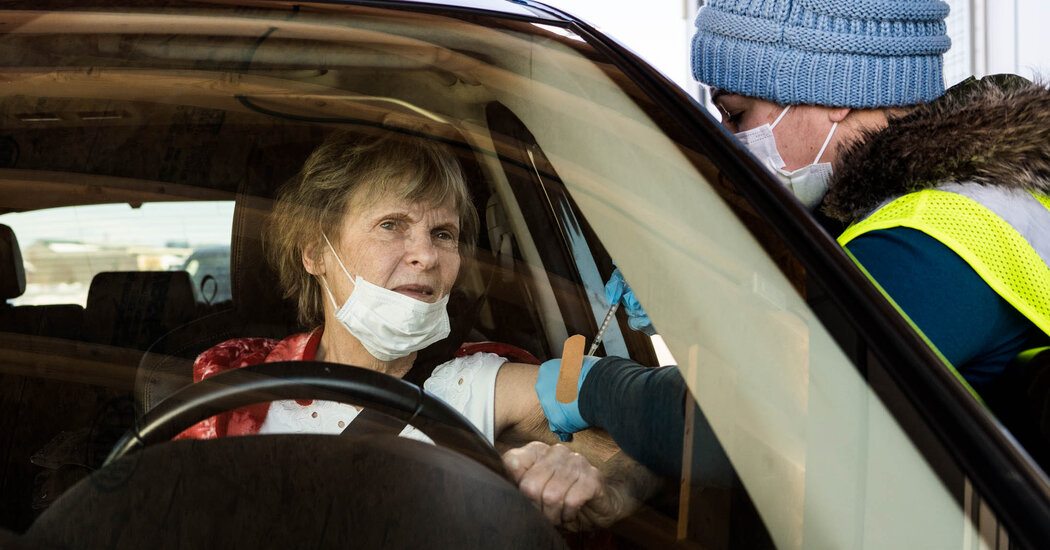 More than 70 percent of Americans who are 65 or older are fully vaccinated, and 84 percent have received at least one dose, a much higher proportion than for younger Americans, according to federal data. The numbers have surpassed President Biden’s goal of at least partly vaccinating 70 percent of the nation’s adults by July 4.

Some counties have blown far past that threshold, getting shots into more than 90 percent of residents 65 and older and offering an example for other areas where vaccine campaigns have lagged.

Two of the most populous 90-percent-plus counties are Jo Daviess County, Ill., across the Mississippi River from Dubuque, Iowa, and Dane County, Wis., which includes Madison, the state capital.

Elected and health officials in both counties suggested that some of the measures that they have adopted locally, such as expanding access and relying on trusted medical figures to share information about vaccines, were also reflected in the federal government’s strategy to reach those who have not received shots yet after the pace of vaccination has lagged in recent weeks.

walk in for their vaccinations, and ordered up pop-up and mobile clinics, especially in rural areas. The administration is also enlisting the help of family doctors and other trusted messengers to build up confidence in the vaccines.

On Thursday, Mr. Biden praised another incentive: The recommendation from the Centers for Disease Control and Prevention that people who have been fully vaccinated can go without masks in most situations.

In Dane County, Joe Parisi, the county executive, said this week that a number of efforts contributed to his county’s success in at least partly vaccinating most of the nearly 78,000 people 65 or over who live in the county. Over 90 percent of that group had been completely vaccinated as of Friday, according to local and federal data.

Officials strove to maximize access to the vaccine. They set up a mass vaccination site in December at the Alliant Energy Center, an arena and exhibition complex in Madison, and have distributed vaccines at health centers, pharmacies and mobile vaccination clinics, according to Morgan Finke, a spokeswoman for the county public health department.

96.7 percent are fully vaccinated as of Friday, according to the C.D.C. Ms. Stangl credited extensive collaboration both within the county and with neighboring counties and states.

“Since Jo Daviess County borders Iowa and Wisconsin, many of our residents were able to receive vaccines there as well,” Ms. Stangl wrote, “especially early on, when our allocations were low.”

Though county leaders celebrate their success with seniors, she wrote, they are mindful that they still have many younger people left to reach. As of Friday, 54.9 percent of the county’s total population had been fully vaccinated, according to the C.D.C.

AUSTIN, Texas--(BUSINESS WIRE)--As the first multifamily management company to be recognized in the Public Relations and Marketing Excellence Awards, … END_OF_DOCUMENT_TOKEN_TO_BE_REPLACED

There have been whispers of cooling housing and rental prices in the San Francisco Bay Area, but that hasn't yet translated into practical, noticeable … END_OF_DOCUMENT_TOKEN_TO_BE_REPLACED

Cars pass in Independence Square at twilight in Kyiv, Ukraine, Monday, Oct. 31, 2022. Rolling ... [+] blackouts are increasing across Ukraine as the … END_OF_DOCUMENT_TOKEN_TO_BE_REPLACED