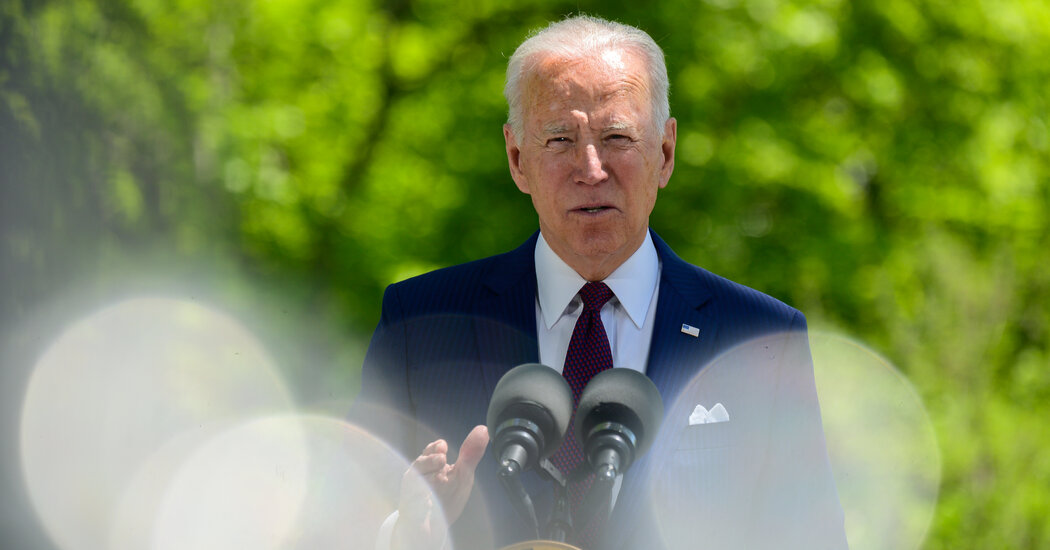 WASHINGTON — A perk of the presidency is the chance to deliver a speech to Congress, and millions of Americans, soon after taking office.

On Wednesday, President Biden will finally do just that, giving his first address to a joint session of Congress, which had been delayed by his administration’s early push to confront the coronavirus pandemic.

Part victory lap and part sales job, the speech will let Mr. Biden mark the nearly 100 days he has spent in the Oval Office by describing his efforts to vaccinate Americans and revive the economy, aides said. But he also plans to seize the moment to pitch a broader agenda, laying out his proposals to upgrade the nation’s infrastructure and expand public benefits.

Because of the pandemic, Mr. Biden will deliver his speech to a pared-down, socially distanced group of lawmakers and administration officials — a far cry from the tightly packed House chamber of previous years. But the goal will be similar: Make your pitch to the public with the bully pulpit of the presidency.

about 43 percent of Americans have received at least one dose of a Covid-19 vaccine and nearly a third are fully vaccinated.

$1.9 trillion American Rescue Plan passed Congress with no Republican support, using a budgetary maneuver that allowed Democrats to push it through anyway.

During his speech, Mr. Biden is expected to reveal similar details for his American Families Plan, which would increase taxes on the richest Americans to pay for expansions of programs that benefit the poor and the middle class. Among his proposals will be an increase in the tax on capital gains.

surge of migrant children at the U.S. border with Mexico has caused headaches for his administration and tested the government’s ability to offer what the president calls a more humane immigration policy.

During the speech, the president will renew his call for Congress to pass his proposal for a comprehensive overhaul of the immigration system that would provide a pathway to citizenship for about 11 million undocumented people living in the United States.

The president will also urge the Congress — and the country — to come together around changes to policing practices that have led to the killing of Black men in recent years. He will call for the passage of a federal policing overhaul named after George Floyd, who was killed by a police officer in Minneapolis.

AUSTIN, Texas--(BUSINESS WIRE)--As the first multifamily management company to be recognized in the Public Relations and Marketing Excellence Awards, … END_OF_DOCUMENT_TOKEN_TO_BE_REPLACED

There have been whispers of cooling housing and rental prices in the San Francisco Bay Area, but that hasn't yet translated into practical, noticeable … END_OF_DOCUMENT_TOKEN_TO_BE_REPLACED

Cars pass in Independence Square at twilight in Kyiv, Ukraine, Monday, Oct. 31, 2022. Rolling ... [+] blackouts are increasing across Ukraine as the … END_OF_DOCUMENT_TOKEN_TO_BE_REPLACED