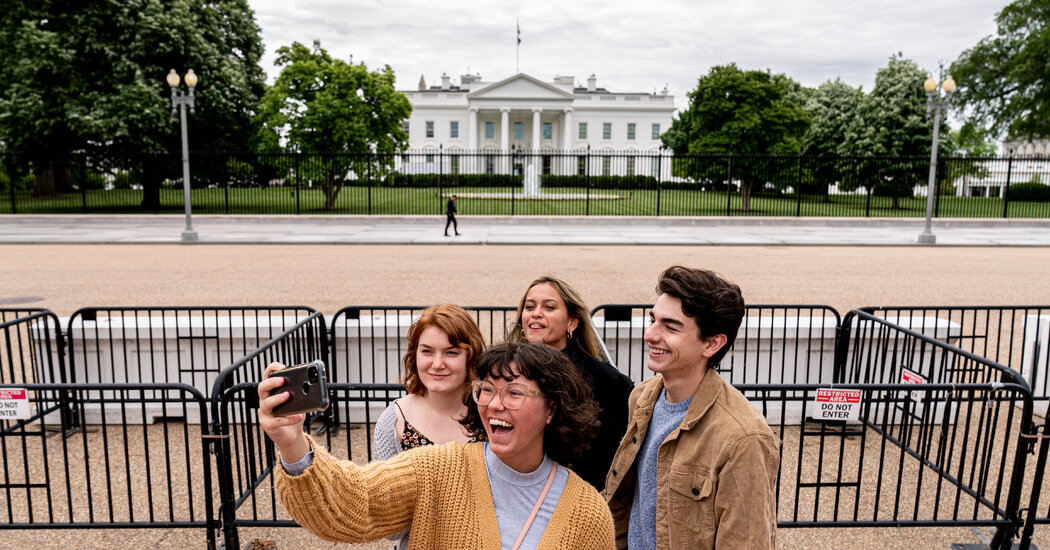 Portions of Lafayette Square, the park in the shadow of the White House, reopened on Monday, more than 11 months after violent clashes there between protesters and law enforcement.

The park, which sits on the north side of the White House, had been fenced off to the public in June, days after William P. Barr, then the attorney general, ordered officials to clear the park of people protesting the police killings of George Floyd and other Black men. Shortly after the authorities used riot-control methods to disperse the protesters, President Donald J. Trump strode across Lafayette Square to pose in front of a church that had been damaged by fire the evening before.

In the months after the conflict, black metal fencing that had been quickly erected around the park became an impromptu memorial and art space.

On Monday, the Secret Service did not say why the park had been opened to pedestrians and bicyclists.

“In protecting the White House and its residents, the U.S. Secret Service acknowledges that the surrounding area can be a powerful symbol of our nation and our democracy, and the agency is committed to balancing necessary security measures with the importance of public access and view,” the agency said in a statement. “Due to the need to maintain operational security, we do not discuss the specifics of security fencing or other operational means and methods.”

The National Park Service referred questions to White House officials, who did not immediately respond to a request for comment. Pennsylvania Avenue, the thoroughfare that separates the White House from the park and is usually populated by tourists, protesters and government employees, remains closed.

Jen Psaki, the White House press secretary, had said that President Biden wanted the wide security perimeter around the complex to be reduced.

“Our goal, the president and the vice president’s goal, is for the Secret Service to adjust the perimeter as soon as it makes sense from an overall security standpoint,” Ms. Psaki said in early February. “So we’re working closely with them on that, and they are — of course, would be in the lead on that front.”

It’s a property that offers a unique open floor plan—plus a hot tub with a view.“It was a Methodist church located in a historic little area of St. … END_OF_DOCUMENT_TOKEN_TO_BE_REPLACED