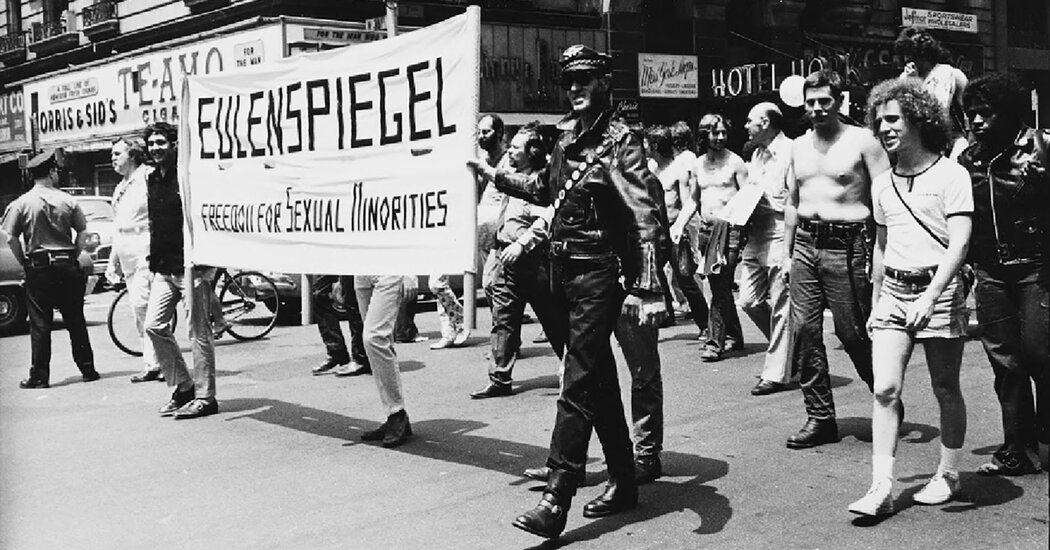 The group hashed out an ideology — “freedom for sexual minorities,” as they described themselves — and advocated for their community, marching in the Christopher Street Gay Liberation Day March, the precursor to New York City’s gay pride parade. There was a board, and a mission statement, written by Mr. Bond, that declared, among other freedoms, “the right to pursue joy and happiness in one’s own way, according to one’s evolving nature, as long as this doesn’t infringe on the similar happiness of others.”

Mr. Bond died on Feb. 13 in a hospital in Far Rockaway, Queens. He was 94. Deborah Callahan, a family friend, confirmed the death, which was not widely reported at the time, and said he had suffered from congestive heart failure.

“TES was really a new kind of kinky organization in that it was social, political and educational,” said the feminist author and cultural anthropologist Gayle Rubin, who has written extensively about sexual subcultures.

Dr. Rubin, who is an associate professor of anthropology and women’s and gender studies at the University of Michigan, added: “TES expanded the organizational repertoire of sadomasochism. In addition, Pat Bond and Terry Kolb began to develop a political language for S-and-M.

“They were able to do that in part because of the times. It was a period when many social movements were articulating political frameworks for various populations that had been marginalized. They also drew from the language of gay liberation, where there was already a model for repositioning what had been seen as sexual deviation as a sexual minority. To do this for sadomasochism was pretty breathtaking at the time.”

(Ms. Kolb left the group the year it began and moved to California. She eventually joined Samois, a group for lesbian sadists and masochists, the first of its kind, that had been modeled on TES. She now identifies as bisexual. In a phone interview, she remembered Mr. Bond as being “introverted and very serious.”)

The Eulenspiegel Society was unusual in collecting disparate groups — heterosexual as well as gay — “and affirming their dignity and defending their political rights,” said Rostom Mesli, who has studied the identity politics of the 1970s and is the managing director of the Leather Hall of Fame, which recognizes individuals or organizations that have made distinct contributions to kinky subcultures. Mr. Bond and Ms. Kolb were recognized in 2015.

The Bay Area is the last place in the U.S. with rental prices below pre-pandemic levels, according to a new report from Apartment List. That seems … END_OF_DOCUMENT_TOKEN_TO_BE_REPLACED

BUCHA, Ukraine — A breeze rustles through the cherry blossoms in bloom on almost every block in this small city, the white petals fluttering onto … END_OF_DOCUMENT_TOKEN_TO_BE_REPLACED