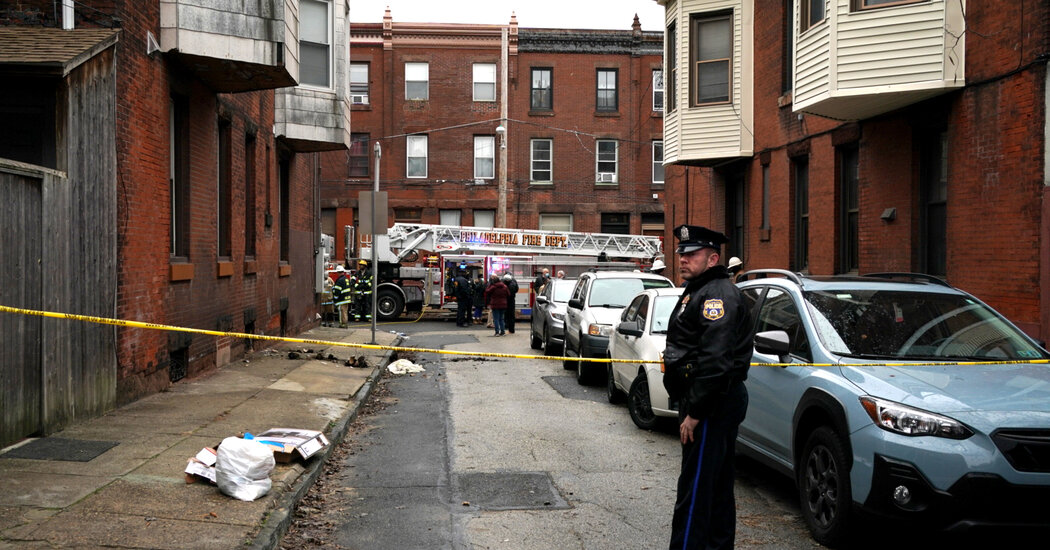 In the news conference on Tuesday, Commissioner Thiel said investigators found seven smoke alarms in the unit after the fire. Four were found in drawers; one was found on the floor, its battery removed; and another was attached to a ceiling, its battery removed as well. The seventh alarm, which was in a basement shared by the two units, had activated, but its alerts came too late, given how quickly the fire spread in the upper floors.

The tragedy brought renewed attention to a dire shortage of quality low-income housing in the city and across the country. The waiting list for new public housing units in Philadelphia, a city with a large population under the poverty line, runs to 40,000 households and has been closed for nearly a decade.

The extended family had moved into the rowhouse apartment in 2011, having outgrown a smaller home elsewhere in public housing. Since moving in, the number of occupants on the lease had grown from six to 14 as the families grew. While some members of the family had told friends and social workers that they wanted to move, officials with the housing authority say that no one in the apartment had formally requested a new place.

City officials emphasized that Philadelphia’s housing stock was old and needed to be updated to modern safety standards, such as smoke alarms wired directly into the building. That requires a significant amount of spending, said Kelvin Jeremiah, the director of the Philadelphia Housing Authority, money that the agency does not have.

“This incident,” he said on Tuesday, “highlights the fundamental truth that there is, in fact, an affordable housing crisis in the city.”

The union movement that kicked off across the country more than a year ago has continued its momentum in 2022, with workers in warehouses, coffee … END_OF_DOCUMENT_TOKEN_TO_BE_REPLACED

Keep up! Reality TV star Kim Kardashian has splurged on a cliffside mansion in Malibu, CA, that was once owned by Cindy Crawford and Rande … END_OF_DOCUMENT_TOKEN_TO_BE_REPLACED