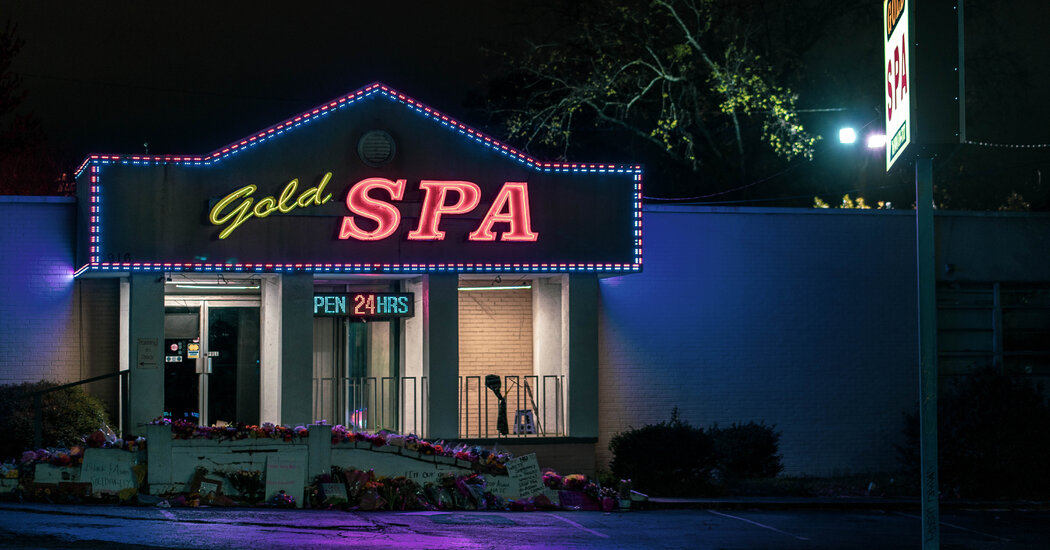 The Atlanta Police Department arrested at least 11 people and charged them with prostitution-related offenses between 2011 and 2014 at a massage business where three women were killed this week, according to department records.

The arrests were made after massage therapists at the business, Gold Spa in northeast Atlanta, offered to perform sexual acts on undercover officers for money, the records show. The officers were following up on anonymous tips, the department said.

The records, provided in response to a request from The New York Times, contradict what Mayor Keisha Lance Bottoms of Atlanta said at a news conference this week. “As far as we know in Atlanta, these are legally operating businesses that have not been on our radar, not on the radar of A.P.D.,” the mayor said.

Elise M. Durham, a spokeswoman for the mayor, who took office in 2018, stressed that the mayor’s comment came just a day after the killings. “‘As far as we know’ is the operative piece of that sentence. Obviously this was less than 24 hours after the incident,” Ms. Durham said. “The most recent incident that we know of was in 2014, which obviously predates this administration by several years. As the investigation continues, we are continuing to find new information.”

Robert Aaron Long, 21, is charged with murder in the deaths of the three women at Gold Spa on Tuesday, as well as five other people at two other massages businesses in the Atlanta area. Six of the eight victims, including all three of the victims at Gold Spa, were women of Asian descent.

The Atlanta police said on Thursday that Mr. Long had been a customer at Gold Spa, as well as the nearby Aromatherapy Spa, where one woman was killed. They did not specify whether he had sought anything more than a massage at the two businesses.

Several of the reports show that the women who were arrested had listed the spa as both their work and home addresses. Human trafficking advocates have said that women who work at illicit Asian massage spas are often coerced into performing sexual work, and live in a state of essential indentured servitude.

Kohl's announced Friday that it is terminating talks to sell its business, saying that retail environment has significantly deteriorated since the … END_OF_DOCUMENT_TOKEN_TO_BE_REPLACED