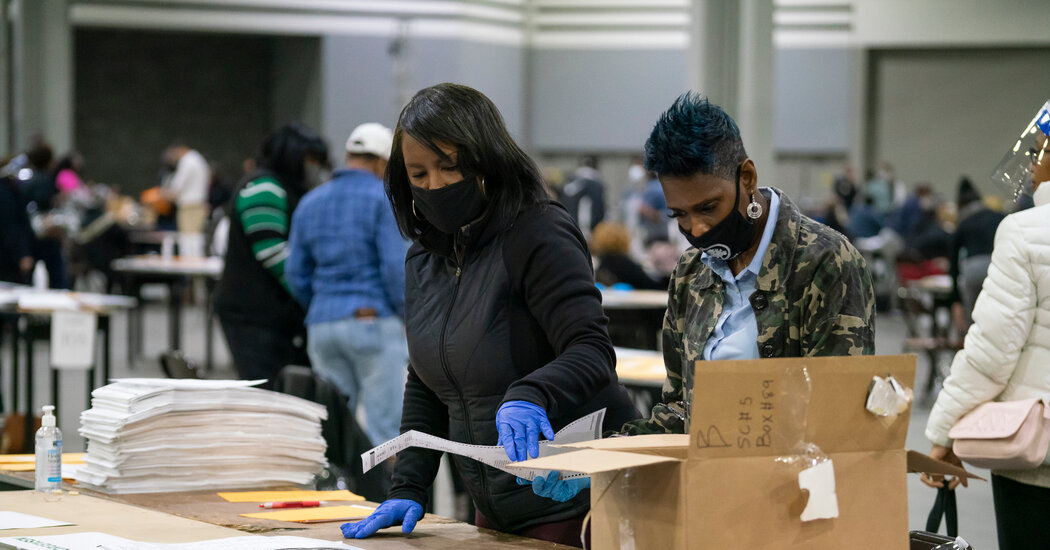 The Georgia State Election Board on Wednesday appointed a majority-Republican panel to review the performance of the Fulton County board of elections, another step toward a potential Republican takeover of the election system in the biggest Democratic county in the state.

The moves surrounding the Fulton County election board have come as Republican-controlled legislatures across the country angle for greater power over election administration, often seeking to strip it from election officials and give it to partisan lawmakers. Those efforts come as former President Donald J. Trump continues to spread lies and conspiracy theories about the 2020 election.

Fulton County, which is the largest in the state and includes much of Atlanta, has a long history of struggles with elections, including a disastrous primary in June 2020 in which voting lines lasted for hours.

But Democrats across the state have denounced the push for a performance review there, noting that there was no evidence of widespread voter fraud last year and that the election results were affirmed by three recounts and audits. Democrats view the request as a political stunt at best, and at worst a partisan takeover in the most consequential county for their party in Georgia.

President Biden carried Fulton County in November with 73 percent of the vote and more than 380,000 votes. It is home to the largest number of voters of color in the state. Mr. Trump and his Republican allies have falsely denied Mr. Biden’s narrow victory in Georgia, which has long been solidly Republican but last year tilted to the Democrats in the presidential election and two Senate runoffs.

Georgia’s new voting law that lay the groundwork for the takeover of election administration by partisan lawmakers.

But any potential change in control of the Fulton County election board would be a drawn-out process, most likely taking months given the many steps required by the voting law.

Mr. Raffensperger, the secretary of state, indicated his support for the panel, writing on Twitter, “I have been saying for a long time that the state needs the authority to step in when counties have consistently failed their voters.”

“I’m confident that the performance review team will do a good job, and I hope Fulton will cooperate with this process,” he said.

A sample of the fantasti Filipino food at London's Kasa & Kin and Romulo CafeKasa & KinGrowing up between the UK and US, I found it extremely … END_OF_DOCUMENT_TOKEN_TO_BE_REPLACED