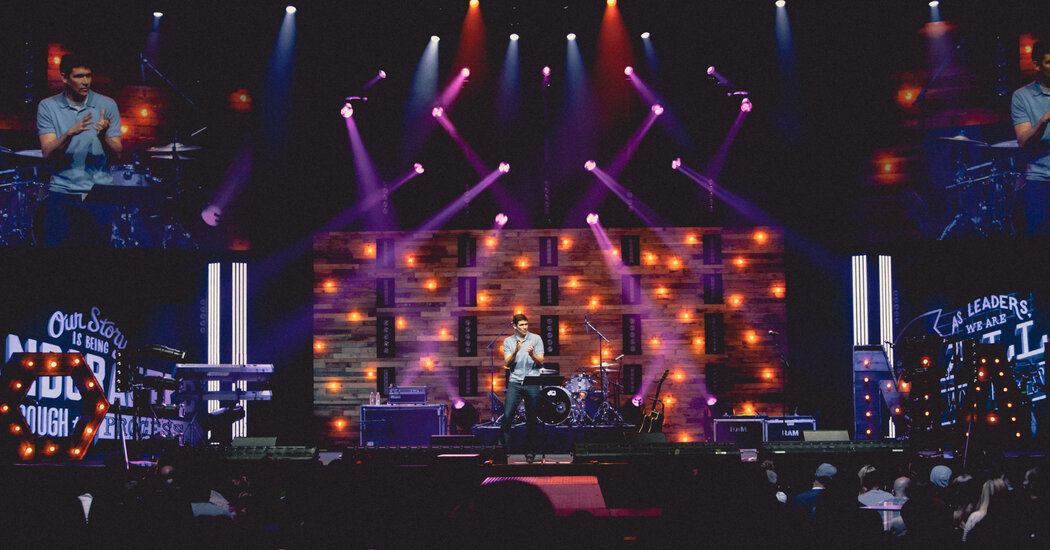 The pastor of a prominent evangelical megachurch near Dallas abruptly announced an indefinite leave of absence on Sunday, effective immediately, because of an online relationship he had with a woman who is not his wife.

Matt Chandler, the lead pastor of the Village Church, told his congregation in a tearful admission that took place on stage during the worship service, that the relationship was not “romantic or sexual” but “unguarded and unwise,” and included “coarse and foolish joking that’s unbefitting of someone in my position.”

The sudden departure under somewhat murky circumstances of the high-profile pastor, admired by many younger evangelicals for his preaching and dynamic stage presence, is the latest crisis of leadership in American evangelicalism. Revelations of men abusing positions of power continue to frustrate and disappoint many in the pews. Recent years have seen the downfall of prominent figures including the megachurch leader Bill Hybels, the evangelist Ravi Zacharias and the celebrity pastor Carl Lentz.

under investigation from the Justice Department for sexual abuse. In May the denomination released a report from a third-party investigation that found that national leaders had suppressed reports of sexual abuse and resisted proposals for reform over two decades.

failed to provide her family with sufficient answers and support after her family told them that her daughter had been molested. Her daughter sued the church, and the church settled the case several weeks before Mr. Chandler’s announcement, maintaining that “we committed no wrong.” Ms. Bragg and her husband responded that the church’s public communication about the settlement was “misleading.” The criminal case against the former employee was dismissed in 2020.

symbol within evangelicalism of the pitfalls that can come from elevating charismatic men to leadership.

The Village said in an email that the timeline of Mr. Chandler’s return “depends on meeting expectations the elders have laid.” Mr. Chandler on Sunday began his remarks by saying he planned on being the pastor of the church for the next 20 years.

He said he felt “embarrassed” by what had transpired, and finished with a prayer thanking God “that the whole ethos of this family is you take crappy things and you turn them beautiful in time.”

As he left the stage, the congregation erupted in applause, and someone in the crowd called out, “We love you, Matt.”

Soon after Herschel Walker, the former football star, announced he would run for U.S. Senate in Georgia as a Republican, his son Christian appeared … END_OF_DOCUMENT_TOKEN_TO_BE_REPLACED

SpaceX launched four people to the International Space Station from Florida on Wednesday, as Elon Musk's company keeps up a steady pace of crewed … END_OF_DOCUMENT_TOKEN_TO_BE_REPLACED