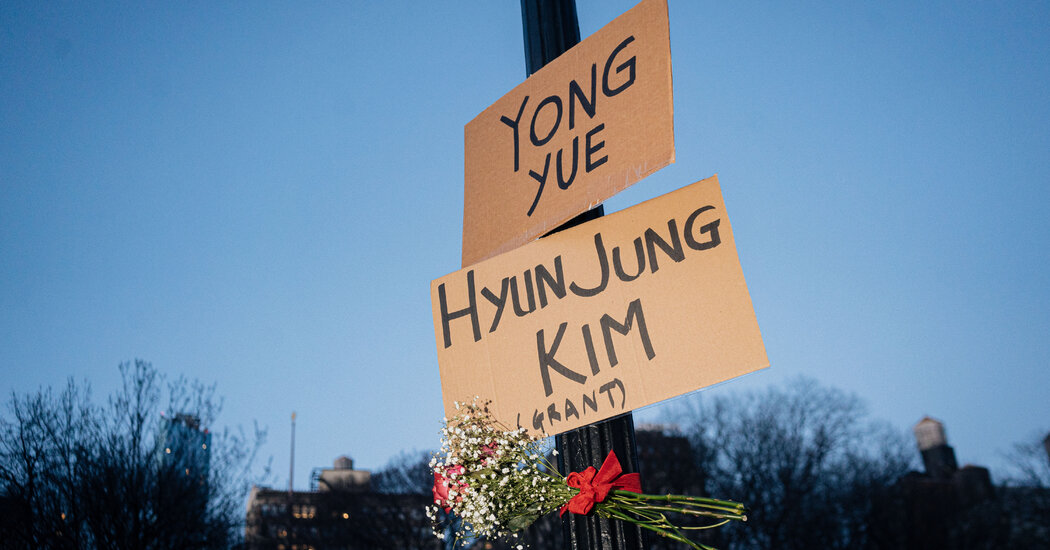 ATLANTA — After a week of pain, fear and mourning, Georgia’s capital city will host a downtown march and rally on Saturday to protest the killing of eight people, six of them women of Asian descent, by a gunman who targeted three Atlanta-area massage businesses.

The event, set for 1 p.m. in a park next to the State Capitol, is being billed as a #StopAsianHate event that will allow people to “come together to grieve, heal and support.” It comes a day after President Biden and Vice President Kamala Harris visited with Asian-American community leaders in a city that is still reeling after the Tuesday attacks.

a longtime member of a conservative Baptist church that prohibited sex outside of marriage. He had checked into a rehab clinic for self-described sexual addiction but continued to struggle. A man who was his roommate in a halfway house from August 2019 until early 2020 said that Mr. Long admitted that he continued to visit massage parlors for sex.

The Atlanta Police said that Mr. Long had been a customer at two of the spas he later attacked, though it was not clear whether he sought anything more than a massage at the two businesses.

An affordable center-chimney Colonial in Glastonbury, CT, is the oldest property to hit the market this week on Realtor.com®.Offered at a steep … END_OF_DOCUMENT_TOKEN_TO_BE_REPLACED

Nissan was one of the early pioneers of the electric car. The Leaf has now sold over 600,000 units worldwide since its launch in 2011 and is still … END_OF_DOCUMENT_TOKEN_TO_BE_REPLACED

RUDNE, Ukraine — Yurii Brukhal, an electrician by trade, didn’t have a very dangerous role when he volunteered for Ukraine’s territorial defense … END_OF_DOCUMENT_TOKEN_TO_BE_REPLACED