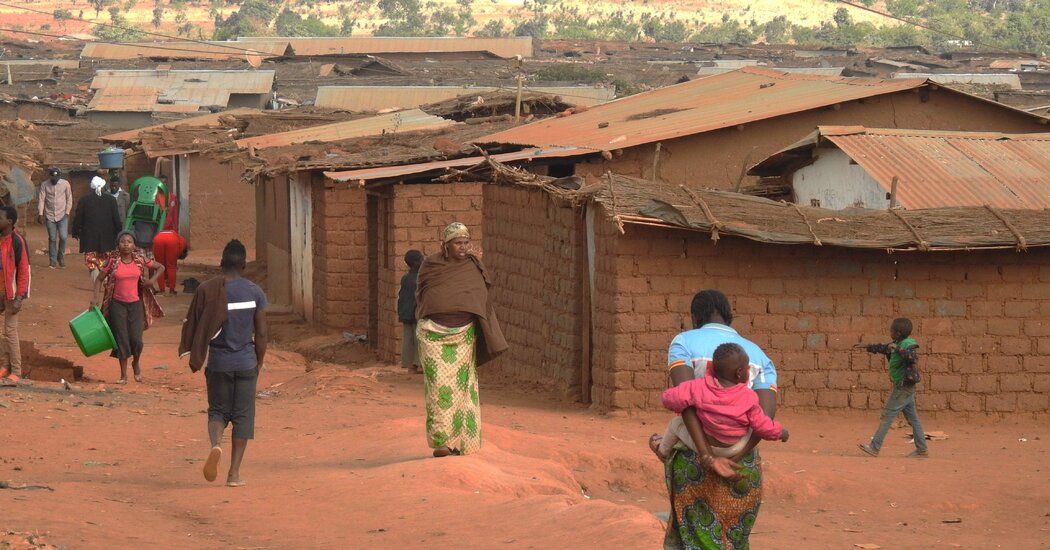 More than 715 refugees from around the world who expected to start new lives in the United States have had their flights canceled in recent weeks because President Biden has postponed an overhaul of his predecessor’s sharp limits on new refugee admissions.

Agencies that assist refugees poised to enter the country were notified by the State Department this week that all travel would be suspended until the president sets a new target for admissions this year.

Each year, the president must set a cap on the number of refugees that the United States will admit. Former President Donald J. Trump lowered that number to a historic low of 15,000 for the current fiscal year and placed new restrictions that effectively excluded most applicants from Muslim and African countries.

As a result, tens of thousands of people who have already completed the complex process for resettling in the United States have been stranded abroad, often in overcrowded refugee camps where many have been waiting for years.

“emergency” report from the State Department stated that “grave humanitarian concerns” justified the lifting of Trump administration restrictions that had prevented even approved refugees from traveling to the United States to reunite with their families. But the president has yet to officially sign off on a new number to allow that travel.

A White House spokesman did not offer a date for when the president would sign a new determination. “While no firm numbers have been finalized, the president’s view is clear,” the spokesman said in a statement. “This program will reflect the generosity and core values of the United States while benefiting from the many contributions that refugees make to our country.”

Until a new ceiling is approved, the limits imposed by Mr. Trump remain in place, and they are preventing most approved refugees from traveling, even though the overall ceiling of 15,000 has not been reached.

This is because of a series of subcategories for refugee slots created by the Trump administration. Priority has been given to Iraqis who had worked for the U.S. military and people, primarily Christians, who are facing religious persecution. The classification system disqualified most other Muslim and African refugees, and it will remain in place until Mr. Biden puts a new ceiling and classification system into place.

All told, about 115,000 refugees are in the pipeline to be resettled in the United States. About 33,000 of them have been approved but remain abroad. Only 1,400 arrived in the first three months of the current fiscal year, as of Jan. 31.

The largest number of the world’s latest refugees are from Syria, with more than 592,000 people — 41 percent of the total — awaiting resettlement. Yet just 481 Syrian refugees were admitted to the United States in the 2020 fiscal year, or 4 percent of all those allowed to resettle here.

Before Mr. Trump substantially reduced refugee admissions, the last time the United States had significantly closed its doors to refugees was during World War II. An average of 90,000 refugees annually have been admitted each year since 1980, when Congress established by law the refugee resettlement program, co-sponsored by Mr. Biden when he was a senator.

The latest flight cancellations have caused deep distress for many refugees in the United States and abroad.

Before they can board a United States-bound flight, refugees must pass background checks and medical exams, which expire in a matter of months, and many fear they will now have to repeat the grueling process. Many already had faced long processing delays as a result of Covid-19, which halted international travel by American officials who interview refugees. The Trump administration also introduced extra layers of security screening that held up cases.

Joseph Madogo, a refugee from the Democratic Republic of Congo who is living in Tennessee, had been expecting his wife, Diane Taussi, to arrive in Memphis on March 9. He had already rented a new apartment and bought a new bed and dining room set when he heard her flight had been canceled.

“I was so excited and prepared to receive her. I was all ready to surprise her,” said Mr. Madogo, who arrived in the United States five years ago. “Then suddenly, two or three days before, they said she would not make it. I was very, very disappointed.”

Mr. Madogo’s brother, Basuze, a caseworker at World Relief, said he was expecting three friends who have been stuck for years in a camp in Malawi. The men were informed recently that they had been booked on a flight. They gave up their spot at the camp and traveled to the city to take coronavirus tests ahead of their departure date, as required by the United States.

“While they were in a hotel, they got the news their flight was canceled and they had to return to the refugee camp,” Basuze Madogo said. “But when they left the camp, they gave away all their small belongings and the house they had built,” he said. “Now they have nothing.”

MIAMI--(BUSINESS WIRE)--Intelli Smart Homes, the leading smart home technology company, has been recognized as one of America’s fastest-growing … END_OF_DOCUMENT_TOKEN_TO_BE_REPLACED

Customers outside a Walmart store in Torrance, California, US, on Sunday, May 15, 2022. Walmart Inc. is scheduled to release earnings figures on May … END_OF_DOCUMENT_TOKEN_TO_BE_REPLACED

The past few years have been brutal on homebuyers' budgets. Would-be buyers have been priced out of some of the most desirable neighborhoods thanks to … END_OF_DOCUMENT_TOKEN_TO_BE_REPLACED