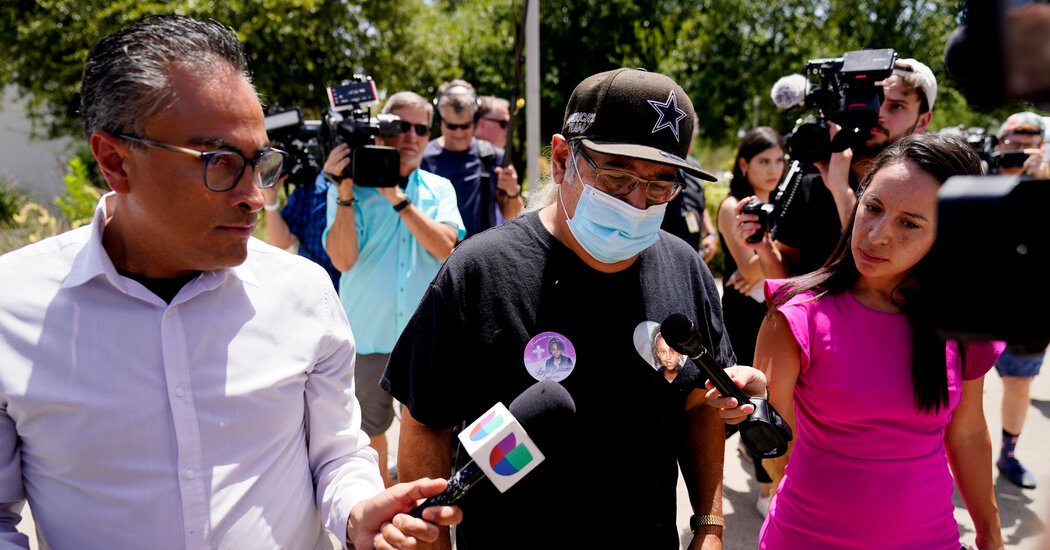 After the report came out, the mayor of Uvalde, Don McLaughlin, said the acting chief during the shooting, Lt. Mariano Pargas, had been placed on administrative leave and that the city had begun its own internal investigation. The city released body camera footage documenting the actions of the Uvalde officers at the scene.

The facts laid out in the report also made clear that neither existing gun laws, nor expanded background checks passed by Congress in response to the shooting, would have prevented the gunman, Salvador Ramos, from obtaining the weapon he used.

Though referred to by some peers as a “school shooter,” the gunman had no documented history that prevented him from purchasing a weapon. The Republican-controlled Texas Legislature has so far not considered any legislation restricting firearms in response to the Uvalde shooting, focusing much of its attention during public hearings on the police response and on security at schools.

While the narrative presented by the committee added disturbing new details, it did not substantially change the public understanding of what took place at Robb Elementary School as it has been pieced together by The New York Times and other news organizations over the intervening weeks.

Instead, it deepened the sense of a rudderless law enforcement response.

Officers massed on the north and south sides of the classrooms where the gunman was holed up, but they did not communicate with one another, the report found. Despite a search for a master key to the classroom by the school police chief, Pete Arredondo, and others, no one called the principal, who had one. The usefulness of a specialized tool to pry open the door was tested but then rejected as too dangerous to officers.

The chief of the Uvalde police department called from his vacation to tell the acting chief, Lieutenant Pargas, to set up a command post. Mr. Pargas did so, in an office at a funeral home across the street, but then left it shortly thereafter. “This did not result in the establishment of an effective command post,” the report found.

There were no arrests in three quarters of last year’s fatal shootings, according to statistics provided by Mr. Krasner’s office, even as arrests for … END_OF_DOCUMENT_TOKEN_TO_BE_REPLACED