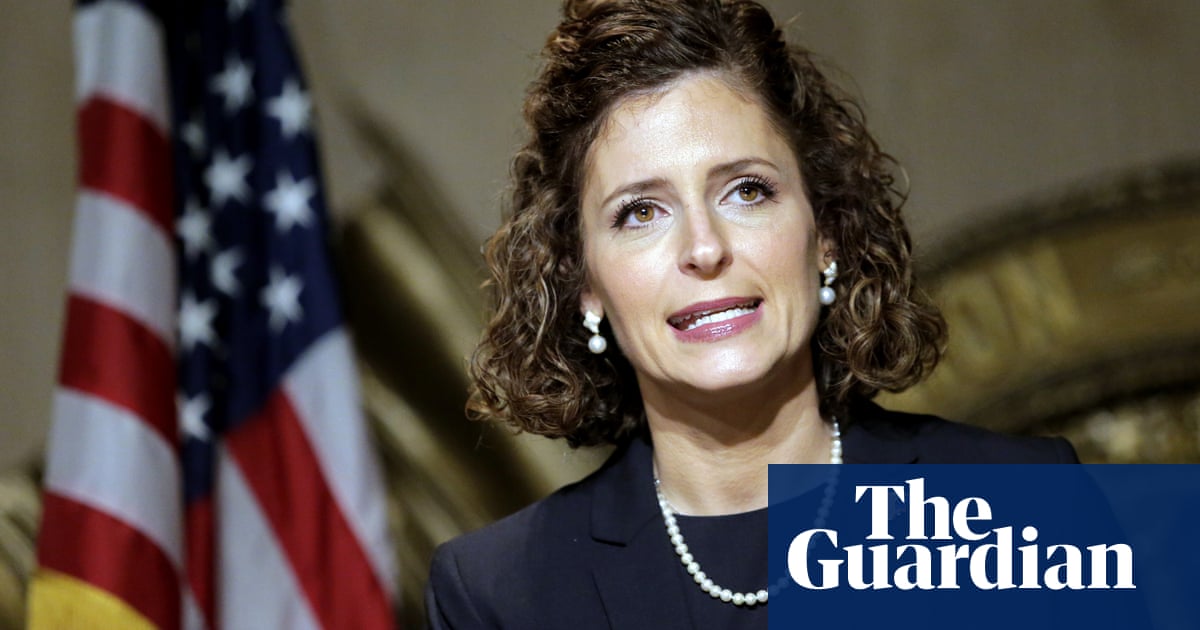 The Republican Julia Letlow easily won a Saturday special election for a north-east Louisiana-based US House seat her husband, Luke, won before his death from complications related to Covid-19.

Julia Letlow becomes the third woman ever elected to the US House from Louisiana, the first Republican woman elected to Congress from the state and the only woman among its current congressional delegation. She trounced 11 contenders.

“This is an incredible moment, and it is truly hard to put into words,” she said. “What was born out of the terrible tragedy of losing my husband, Luke, has become my mission in his honor to carry the torch and serve the good people of Louisiana’s fifth district.”

Further south, the race to fill a second vacant congressional seat for Louisiana was headed to an 24 April run-off, the seat certain to stay in Democratic hands.

Two state senators from New Orleans – Troy Carter and Karen Carter Peterson – secured spots in the runoff after leading among 15 candidates. The New Orleans-based second district is open because Cedric Richmond took a job as a special adviser to Joe Biden.

In Louisiana, all candidates regardless of party compete in the primary. If no candidate tops 50% of the vote, a runoff is held between the top two vote-getters.

Julia Letlow ran in her deep red district with the backing of Donald Trump, the endorsement of the state GOP and more money than all her competitors combined. She ran on issues similar to those her husband discussed during his campaign, supporting agriculture in the largely rural district, expanding broadband internet access and supporting conservative values.

“She has continued to exemplify strength, determination and tenacity in the wake of a terrible tragedy. I know that these same characteristics that got her through the last few months will make her an excellent advocate for Louisiana in Washington,” the Democrat said.

Luke Letlow died on 29 December, days before he was to be sworn into office. His wife announced her candidacy in January, sidelining high-profile Republicans.

In the second district, Carter received Richmond’s backing and ended the primary as top vote-getter in the majority minority district along the Mississippi river.

Peterson squeaked into the runoff, edging out Gary Chambers Jr, a Baton Rouge community activist and publisher who focused on social media outreach. Peterson would be the first Black woman elected to Congress from Louisiana.

Just before the bobcat attacked, the quiet subdivision where Happy and Kristi Wade live in Burgaw, N.C., was the very picture of suburban … END_OF_DOCUMENT_TOKEN_TO_BE_REPLACED

JERUSALEM — Buoyed by its recent success in combating the coronavirus, Israel lifted its outdoor mask mandate on Sunday, while schools fully reopened … END_OF_DOCUMENT_TOKEN_TO_BE_REPLACED

Mr. Friesen and Mr. Holmes decided to counter Mr. Jones’s version of entertainment with their own. The two men met through Marty DeRosa, a Chicago … END_OF_DOCUMENT_TOKEN_TO_BE_REPLACED