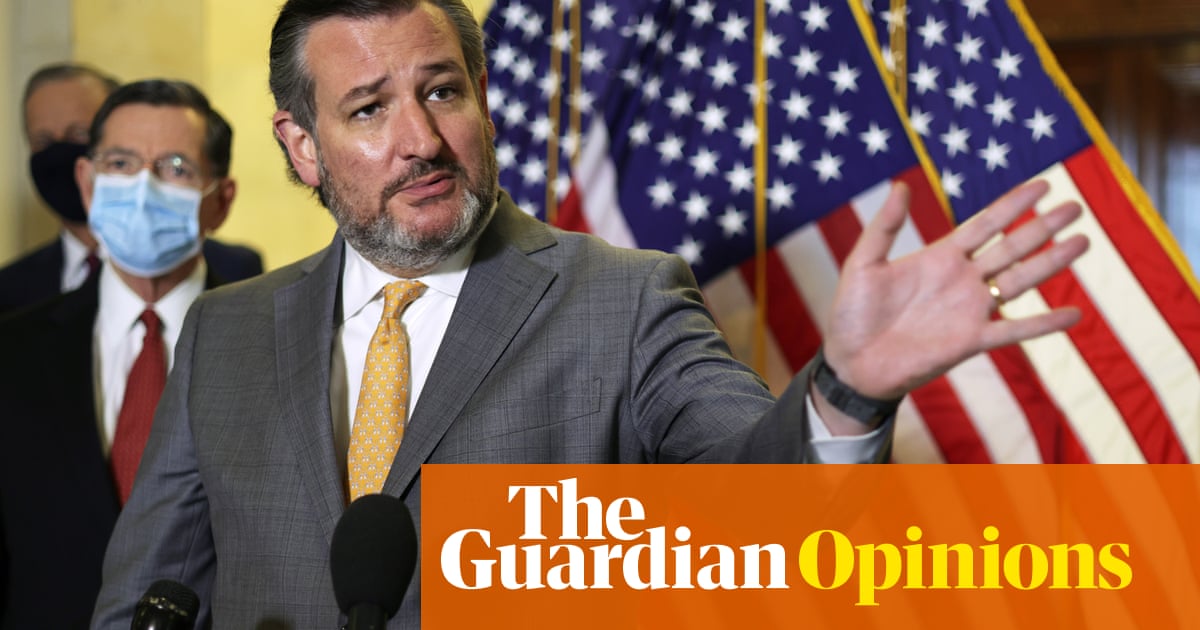 Republicans are outraged – outraged! – at the surge of migrants at the southern border. The House minority leader, Kevin McCarthy, declares it a “crisis … created by the presidential policies of this new administration”. The Arizona congressman Andy Biggs claims, “we go through some periods where we have these surges, but right now is probably the most dramatic that I’ve seen at the border in my lifetime.”

Donald Trump demands the Biden administration “immediately complete the wall, which can be done in a matter of weeks – they should never have stopped it. They are causing death and human tragedy.”

“Our country is being destroyed!” he adds.

In fact, there’s no surge of migrants at the border.

US Customs and Border Protection apprehended 28% more migrants from January to February this year than in previous months. But this was largely seasonal. Two years ago, apprehensions increased 31% during the same period. Three years ago, it was about 25% from February to March. Migrants start coming when winter ends and the weather gets a bit warmer, then stop coming in the hotter summer months when the desert is deadly.

To be sure, there is a humanitarian crisis of children detained in overcrowded border facilities. And an even worse humanitarian tragedy in the violence and political oppression in Central America, worsened by US policies over the years, that drives migration in the first place.

But the “surge” has been fabricated by Republicans in order to stoke fear – and, not incidentally, to justify changes in laws they say are necessary to prevent non-citizens from voting.

designed to make it harder for people to vote – especially the young, the poor, Black people and Hispanic Americans, all of whom are likely to vote for Democrats – by eliminating mail-in ballots, reducing times for voting, decreasing the number of drop-off boxes, demanding proof of citizenship, even making it a crime to give water to people waiting in line to vote.

To stop this, Democrats are trying to enact a sweeping voting rights bill, the For the People Act, which protects voting, ends partisan gerrymandering and keeps dark money out of elections. It passed the House but Republicans in the Senate are fighting it with more lies.

On Wednesday, the Texas Republican senator Ted Cruz falsely claimed the new bill would register millions of undocumented migrants to vote and accused Democrats of wanting the most violent criminals to cast ballots too.

The core message of the Republican party now consists of lies about a “crisis” of violent migrants crossing the border, lies that they’re voting illegally, and blatantly anti-democratic demands voting be restricted to counter it.

The party that once championed lower taxes, smaller government, states’ rights and a strong national defense now has more in common with anti-democratic regimes and racist-nationalist political movements around the world than with America’s avowed ideals of democracy, rule of law and human rights.

Donald Trump isn’t single-handedly responsible for this, but he demonstrated to the GOP the political potency of bigotry and the GOP has taken him up on it.

“I predict to you, your children or grandchildren are going to be doing their doctoral thesis on the issue of who succeeded: autocracy or democracy?” Joe Biden opined at his news conference on Thursday.

In his maiden speech at the state department on 4 March, Antony Blinken conceded that the erosion of democracy around the world is “also happening here in the United States”.

The secretary of state didn’t explicitly talk about the Republican party, but there was no mistaking his subject.

“When democracies are weak … they become more vulnerable to extremist movements from the inside and to interference from the outside,” he warned.

People around the world witnessing the fragility of American democracy “want to see whether our democracy is resilient, whether we can rise to the challenge here at home. That will be the foundation for our legitimacy in defending democracy around the world for years to come.”

That resilience and legitimacy will depend in large part on whether Republicans or Democrats prevail on voting rights.

Not since the years leading up to the civil war has the clash between the nation’s two major parties so clearly defined the core challenge facing American democracy.

When Graham Brooks received his ballot in early February, asking whether he wanted to form a union at the Amazon warehouse in Alabama where he works, … END_OF_DOCUMENT_TOKEN_TO_BE_REPLACED

QuantumScape could pursue legal action after coming under assault in a scathing report released by activist short-seller Scorpion Capital."We're … END_OF_DOCUMENT_TOKEN_TO_BE_REPLACED