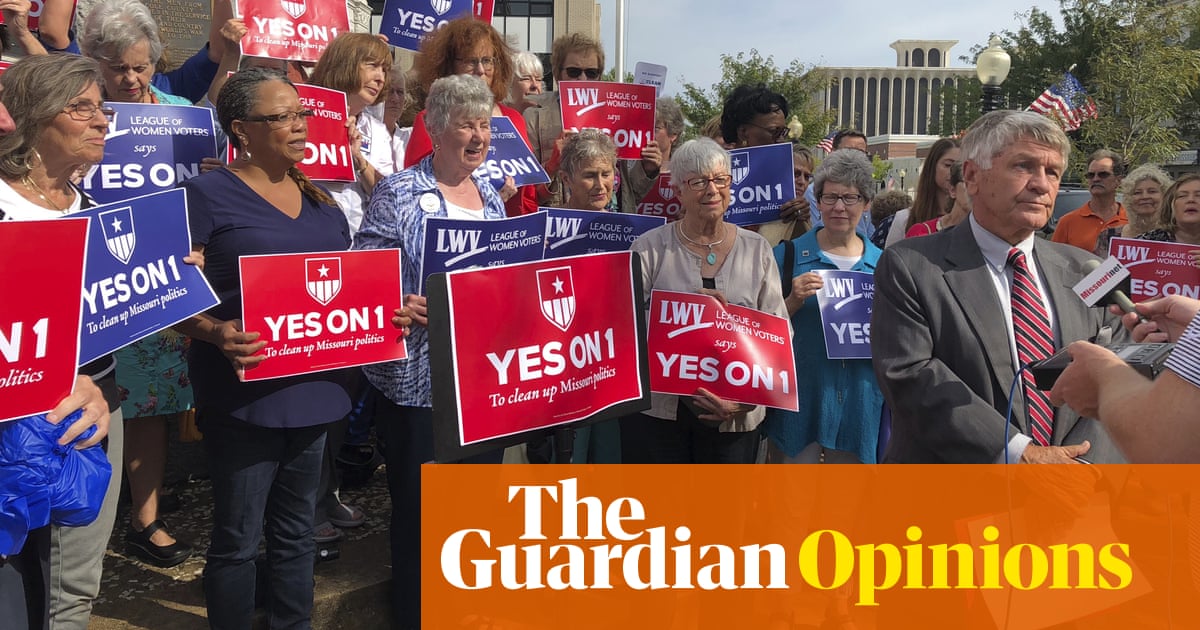 They walked through Michigan college football games dressed as gerrymandered districts. They crisscrossed Idaho in a decades-old RV dubbed the Medicaid Express. In Florida, they united black and white, left and right, Trump-loving “deplorables” and radical criminal justice reformers into a mighty moral movement to end an ugly vestige of Jim Crow.

Volunteers and regular citizens, determined to have a say despite gerrymandered legislatures or solidly one-party states, forced initiatives on to the ballot by collecting hundreds of thousands of signatures at highway rest areas, tailgates and small-town cheeseburger festivals. They door-knocked neighborhoods on mornings so bitter that the ink in their pens froze solid.

Then, on election day in 2018 and 2020, these citizens scored overwhelming victories for popular proposals that had gone nowhere in intransigent legislatures: independent redistricting in Michigan and Missouri, Medicaid expansion in Idaho, ranked choice voting in Maine, felony reinfranchisement and a higher minimum wage in Florida, marijuana legalization and higher teacher salaries in Arizona.

Now legislators are striking back with bills that would aggressively consolidate their power and make it decidedly more difficult for citizens to take action when their own representatives won’t.

In Idaho, Missouri, Florida and Arizona – all states where citizens have successfully used ballot initiatives to pass popular reforms – Republican-dominated legislatures have advanced proposals that would place multiple new roadblocks before initiatives at nearly every point in the process. In total, Republican lawmakers in 24 states have introduced bills that would make it tougher for citizens to push initiatives to the ballot, according to the Ballot Initiative Strategy Center.

The more than 165 Republican-sponsored bills in Georgia, Florida, Texas and elsewhere that would leverage baseless “voter fraud” claims from the 2020 election and establish new limits on mail-in voting, early voting and ballot drop boxes, among other new barriers, have rightly made national headlines. These quieter yet growing assaults on initiative rights, however, could be equally important in shutting down one of the last remaining paths for change in red and purple states.

The Republican bills tend to take two general approaches. First, they increase the number of signatures necessary to qualify an initiative, or the number of counties or congressional districts in which names must be gathered. Then, they require majorities greater than 60%, even two-thirds, to pass – and even after that, sometimes require final approval by the legislature.

Of course, if the legislature had been inclined to take that action, citizens would not have been required to undertake such an arduous procedure in the first place.

In Idaho, where one rural hospital might serve a county the size of a New England state, an estimated 70,000 people were stuck uncovered between the Obamacare and state exchanges. Nevertheless, legislators for six consecutive years refused to accept Affordable Care Act monies from Washington to expand Medicaid and make health care more accessible.

Voters, however, demanded change. In 2018, a statewide movement organized by Reclaim Idaho met the demanding requirements for a ballot initiative in this large but scarcely populated state: signatures from 6% of registered voters in 18 of the state’s 35 senate districts. It then passed, resoundingly, with more than 62% of the vote.

Initiatives are uncommon in Idaho; Medicare expansion was the first statewide initiative to win there since 2013. Yet last week, a new bill advanced in the state senate that would require any initiative first receive signatures from 6% of registered voters in all 35 of Idaho’s districts. There isn’t another state that currently requires a minimum number of signatures in every district. Under this proposal, Idaho would have the most restrictive initiative laws in America.

Lawmakers in Florida – who have made sport out of undermining citizen-led amendments to the state constitution that have aimed to end partisan gerrymandering, restore voting rights after the completion of a felony sentence, and raise the minimum wage – are now trying to raise the state’s already high bar for passage. Right now, a 60% supermajority is necessary to win, no easy feat in this state of 50/50 nail-biters. Republican legislators, however, have fast-tracked an effort to increase that number to 67%.

Arizona Republicans want to increase the approval threshold from a simple majority up to a 60% supermajority, as do Republican lawmakers in North Dakota, South Dakota and Arkansas. Similar efforts are under way in Missouri, where citizens won victories for independent redistricting and medical marijuana in 2018, and expanded Medicaid in 2020. Right now, citizens need to collect signatures from 8% of voters in six of the state’s eight congressional districts. Bills pushed by House Republicans would increase that threshold to either 10 or 15%, and in all of the eight congressional districts. Missouri initiatives currently win with a simple majority. Various proposals would change that to either 60 or 67% approval to pass, or mandate a number equal to 50% of all registered voters, rather than a majority of voters who cast ballots.

These are pure power plays by legislatures who want to rule without consent of the governed. California, certainly, offers a cautionary note of what can happen when initiatives run amok. Yet lawmakers who claim it is too easy for initiatives to reach the ballot should spend some time with the citizens who devoted months of volunteer time to knocking on doors. In all of these states, citizens have been forced into extraordinary efforts simply to win approval of popular policies because legislatures refused to act themselves.

President Theodore Roosevelt, who helped expand the initiative at the beginning of the last century, said: “I believe in the initiative and referendum, which should be used not to destroy representative government, but to correct it whenever it becomes misrepresentative.” In wildly gerrymandered states like Michigan and Florida, the initiative is a crucial counter-measure against legislators who have drawn themselves districts where they can’t lose. And in Republican trifecta states like Missouri, Arizona and Idaho, where the most competitive legislative elections are Republican primaries, initiatives are a check on government lurching further to the right than the citizenry. This war on the initiative is nothing less than the latest front in the Republican war to cement long-term minority rule by the most radical reaches of the right.

In too many states, voters face shrinking options for being heard at all. This is by design. Perhaps most disturbing: it’s their own representatives who seem most determined to silence them.

A century-old mansion in Pittsburgh has undergone a serious overhaul. The end result is one of the most expensive single-family homes in the Steel … END_OF_DOCUMENT_TOKEN_TO_BE_REPLACED

ATLANTA, GEORGIA - OCTOBER 16: Ozzie Albies #1 of the Atlanta Braves celebrates after scoring the ... [+] winning run on a walk-off RBI single by … END_OF_DOCUMENT_TOKEN_TO_BE_REPLACED

Mr. Amess was also a vocal supporter of the Iranian opposition group Mujahedeen Khalq, or M.E.K., which campaigns for the overthrow of Iran’s … END_OF_DOCUMENT_TOKEN_TO_BE_REPLACED