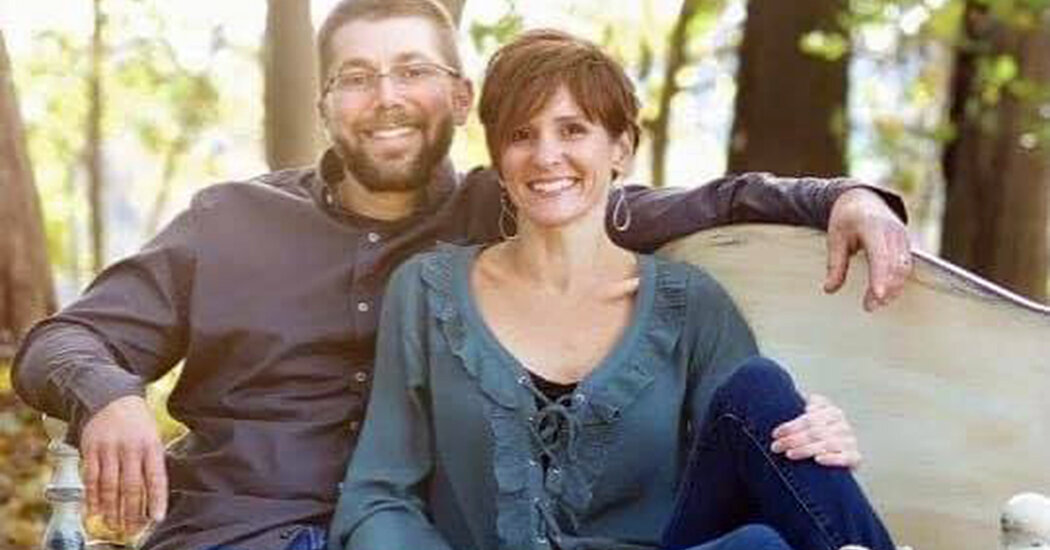 A mother of six children was fatally shot in North Carolina during a case of road rage on Thursday as the woman and her husband were on a getaway trip, the authorities said.

Officials said they responded around noon to a report of a person shot on Interstate 95 in Lumberton, N.C., about 125 miles from Charlotte, N.C.

They discovered Julie Eberly, 47, of Manheim, Pa., had been shot through the passenger door of the vehicle her husband, Ryan, had been driving. She was taken to Southeastern Health in Lumberton, where she later died, the Robeson County Sheriff’s Office said. Mr. Eberly was not injured.

The couple celebrated their anniversary this week, Sheriff Burnis Wilkins of Robeson County said on Facebook. They were headed to Hilton Head Island, S.C., for a getaway, the sheriff said.

The sheriff said he had met with Mr. Eberly and his parents.

“As devastated as they are, they were so appreciative of the outpouring of support they have received not only from their home community in Pennsylvania but our community as well,” the sheriff wrote on Facebook.

Sheriff Wilkins said. “My heart goes out to this family and I ask that everyone reading this stop and pray for this entire family.”

On Friday, the Sheriff’s Office announced a $10,000 reward, given by an anonymous donor, for information that could lead to an arrest in the case.

Susan Eberly, Ms. Eberly’s mother-in-law, said in an online fund-raiser that her daughter-in-law was a “beautiful, loving, generous, and giving person.”

Kristen Bittner, who identified herself as a daughter of Ms. Eberly’s, said on Facebook that her heart had been “completely shattered” by her mother’s death.

“I will cherish all the good memories, laughter and love I got to share with her these past 21 years,” Ms. Bittner wrote. “Taken from us way to soon in the most awful way, she did not deserve this. My mom deserved to die old, with family surrounding her.”

DONETSK REGION, Ukraine — Between the cracks of mortar fire and the metallic bangs of Russian self-detonating mines, Yurii, a Ukrainian Army medic, … END_OF_DOCUMENT_TOKEN_TO_BE_REPLACED

SAN FRANCISCO — Cleve Jones has lived in the Castro neighborhood for nearly 50 years, almost from the day he graduated from high school in Phoenix and … END_OF_DOCUMENT_TOKEN_TO_BE_REPLACED