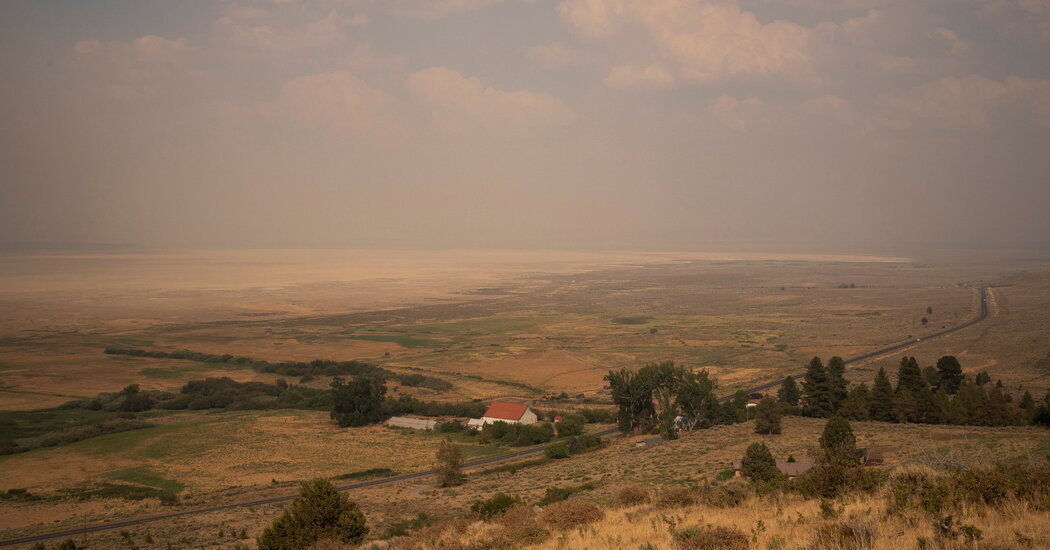 Mr. Murray has been moving from town to town following the fire, a kind of merchant of the apocalypse. “Business is slow but steady — so many firefighters are rotating in,” he said.

The Bootleg Fire has burned nearly 400,000 acres across southern Oregon since July 6, when it was sparked by lightning, officials said on Wednesday. It is already the fourth-largest wildfire in the state since 1900, and was burning so hot this week that it essentially generated its own weather and spread unhealthy smoke as far as New York City.

At least 2,000 people in rural Oregon have been ordered to evacuate or to prepare to, as the fire has destroyed 67 homes and another 100 structures, according to the state’s Department of Forestry. Although large and growing, the blaze continued to burn mostly on remote forest land.

told to evacuate immediately, but the Roscoe family has been under an order of “Level 2 readiness,” which means get packed and be ready to leave at a moment’s notice.

They made preparations to move saddle horses and steers to neighboring ranches. Since then, they have waited and watched. On Wednesday, Mr. Roscoe, 43, carefully took stock of the speed and direction of the wind, judging the threat of the Bootleg Fire, which he said was about 14.5 miles away “as the crow flies.”

The children have prepared bags with their favorite clothes, trinkets and pocketknives. Important papers will stay behind in a fireproof safe. Mr. Roscoe has no idea what his wife has stowed for him. “I don’t care,” he said on Wednesday. “Everything is replaceable, except for my family.”

The Roscoes planned to keep their restaurant open as long as the winds were in their favor. The fire, Mr. Roscoe said, was “playing a crazy game of leapfrog. Everybody is freaking out because of this fire. It is extremely aggressive.”

The thick smoke was everywhere, he said, even inside. “It smells like a campfire inside of my pickup.”

You were seeing double this week: A spectacular $54 million compound featuring two equally luxurious mansions separated by a private lake in Southwest … END_OF_DOCUMENT_TOKEN_TO_BE_REPLACED