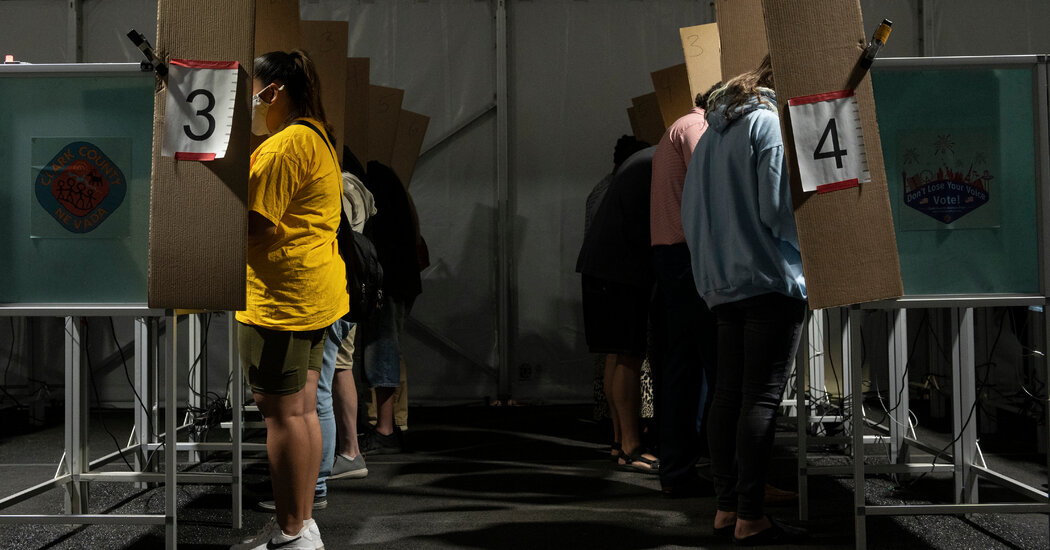 The report did not name those people but seemed to be a reference to the work of Mr. Trump’s former personal lawyer Rudolph W. Giuliani, who relentlessly pushed allegations of corruption about Mr. Biden and his family involving Ukraine.

“Russian state and proxy actors who all serve the Kremlin’s interests worked to affect U.S. public perceptions in a consistent manner,” the report said.

companion report by the departments of Justice and Homeland Security also rejected false allegations promoted by Mr. Trump’s allies in the weeks after the election that Venezuela or other foreign countries defrauded the election.

The reports, compiled by career officials, amounted to a repudiation of Mr. Trump, his allies and some of his top administration officials. They categorically dismissed allegations of foreign-fed voter fraud, cast doubt on Republican accusations of Chinese intervention on behalf of Democrats and undermined the allegations that Mr. Trump and his allies spread about the Biden family’s work in Ukraine.

The report also found that there were no efforts by Russia or other countries to change ballots themselves, unlike in 2016. Efforts by Russian hackers to probe state and local networks were unrelated to efforts by Moscow to influence the presidential vote.

Still, foreign efforts to influence American politics remain a key threat, one the Biden administration has said it will fight.

Russia was spreading damaging information about Mr. Biden’s son, Hunter, in an attempt to boost Mr. Trump’s re-election chances. It also outlined efforts by Iran in the final days before the election to aid Mr. Biden by spreading letters falsely purporting to be from the far-right group the Proud Boys.

Allegations of election interference have been some of the most politically divisive in recent years. The intelligence report is akin to an early 2017 declassified assessment that laid out the conclusions about Russia’s interference in Donald J. Trump’s electoral victory, further entrenched the partisan debate over Mr. Trump’s relationship with Moscow and cemented his enmity toward intelligence and law enforcement officials.

With Mr. Trump out of office and the new report’s conclusions largely telegraphed in public releases during the election, it was not expected to prompt as much partisan fury. But elements of it are likely to be the subject of political fights.

The conclusions about China are the most in dispute.

The declassified documents released Tuesday included a dissenting minority view from the national intelligence officer for cyber that suggested the consensus of the intelligence community was underplaying the threat from China.

In a letter released in January, John Ratcliffe, then Mr. Trump’s outgoing director of national intelligence, wrote in support of that minority view and said that the report’s main conclusions about China’s influence efforts “fell well short of the mark.”

leaked phone calls to undermine Mr. Biden and link him to Ukrainian corruption four times in 2020. The report said Mr. Putin “had purview” over the actions of Mr. Derkach, who had ties to Russian intelligence.

Moscow’s operatives also pushed a false narrative that Ukraine, not Russia, was responsible for interfering in American politics, according to the report. Last year, American intelligence officials told Congress that Russia was using allies to pushing negative stories about Mr. Biden’s son Hunter and his work in Ukraine.

In the closing weeks of the election, intelligence officials said that Russian hackers had broken into state and local computer networks. But the new report said those efforts were not aimed at changing votes.

sent faked emails to voters, routing the messages through a Saudi insurance firm and Estonian textbook company to hide their origin.

The Iranian effort essentially employed reverse psychology. Purporting to be from far-right groups, the messages said that if recipients did not vote for Mr. Trump, “we will come after you.” Officials said Iranian operatives hoped the emails would have the opposite of the message’s warning, rallying people to vote for Mr. Biden by thinking Mr. Trump’s supporters were playing dirty campaign tricks.

The report is based on a classified document that the Office of the Director of National Intelligence sent to Congress on Jan. 7. The Biden administration oversaw its declassification but did not rewrite the report done before Mr. Biden took office.

The office is required to deliver a report on election interference within 60 days of the vote, but the Trump administration delayed the 2020 report until Jan. 6, the day the election results were certified.

On Jan. 7, intelligence officials released declassified letters about politicization of intelligence, and a classified report on the election.

Within those documents, the section on China’s influence operations was the most divisive within the intelligence community. Intelligence agencies concluded while China was trying to win influence at among state and local officials, unlike Russia and Iran did not try to interfere in the national election or affect the outcome of the presidential vote.

The poshest place in California's Coachella Valley is The Madison Club. This exclusive gated community in La Quinta is where A-listers and tycoons … END_OF_DOCUMENT_TOKEN_TO_BE_REPLACED

KOROPY, Ukraine — Four men tugged at long strips of fabric to lift a coffin out of the gaping hole in the backyard of a small house. They flung the … END_OF_DOCUMENT_TOKEN_TO_BE_REPLACED