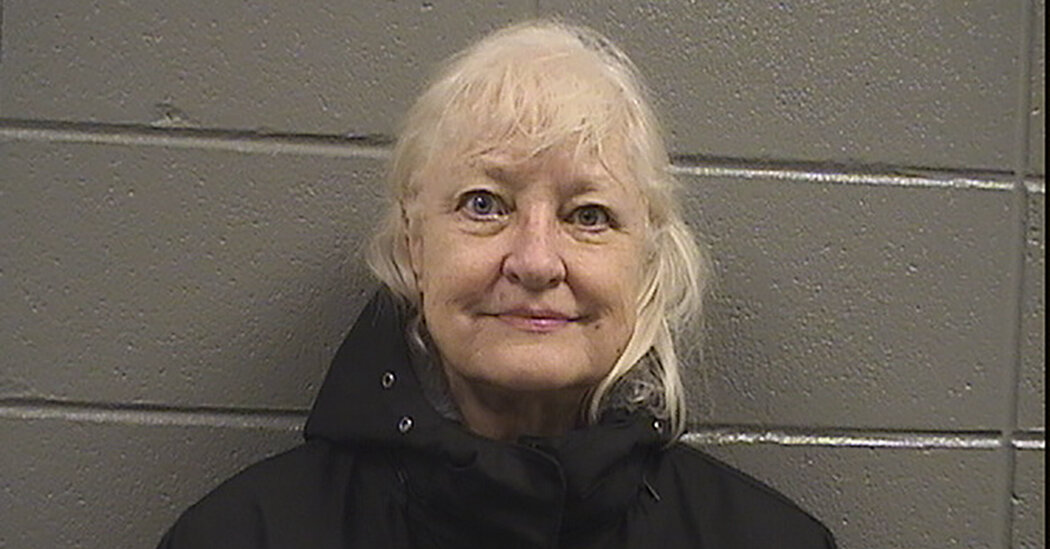 A woman notorious for evading airport security and sneaking aboard planes without a ticket was arrested this week in Chicago, days after she was heard in a splashy TV news report promising that such escapades were behind her.

Called the “serial stowaway” by local news media, the woman, Marilyn Hartman, was arrested on Tuesday at O’Hare International Airport on charges of criminal trespassing and felony escape, the Cook County Sheriff’s Office said. Her presence at O’Hare violated terms of her probation set in 2019, when she was arrested at the same airport for trying to bypass security without a passport or a boarding pass.

Over the years, Ms. Hartman, 69, has been involved in at least 22 similar episodes — some successful — at airports across the country. In 2014, she was arrested at Los Angeles International Airport after sneaking aboard a flight from San Jose, Calif., The Chicago Tribune reported. Several times, including twice at Phoenix Sky Harbor International Airport, she was let off with a warning.

In 2018, she successfully boarded a flight to London without a ticket or a passport.

In an exclusive report shown this week on CBS2 Chicago, Ms. Hartman said she had boarded planes without a ticket on at least 30 occasions. “The first time I was able to get through, I flew to Copenhagen,” she told the station. “The second time, I flew into Paris.”

according to The Tribune.

“She has a mental illness that was triggered by something out of her control,” the paper quoted Ms. Lubelfeld as saying.

On Tuesday around noon, Ms. Hartman, who was being electronically monitored, left the transitional-housing facility where she had been staying, according to the Cook County Sheriff’s Office.

The authorities realized she was headed toward O’Hare. About an hour later, they notified the Chicago police that she was near Terminal 1.

Ms. Hartman’s first O’Hare arrest came in 2015, according to The Chicago Tribune, when she was charged with misdemeanor criminal trespassing on state land. She has since been involved in eight other incidents at Chicago-area airports.

In 2018, Ms. Hartman sneaked onto a British Airways flight and traveled to Heathrow Airport, where she was apprehended by customs officials, the Chicago Police Department said in a news release at the time.

In that episode, O’Hare surveillance cameras captured her moving through the airport without a boarding pass or a passport. She hid her face with her hair as she walked by two T.S.A. officers as they were checking the boarding passes of other passengers, a spokeswoman for the Cook County state’s attorney said at the time.

Upon her return to the United States, she was charged with one felony count of theft and one misdemeanor count of trespassing.

She was still on probation from the London flight when she was stopped in October 2019 in O’Hare for trying to pass a security checkpoint without proper documentation. She was booked into the Cook County Jail, where she remained until a year ago, when she was released as part of an effort to slow the spread of the coronavirus, The Tribune reported. In April, the Cook County Jail was the nation’s largest-known source of coronavirus infections, according to data compiled by The New York Times.

In the CBS2 report, Ms. Hartman says that she was “in a depressed state of mind” when she took the flights.

She explained that she would evade security by “following someone — they would be carrying, like, a blue bag.”

Whether you optimistically hope that mortgage rates will decline or are resigned that rates will stay elevated above the historic lows of 2021, you … END_OF_DOCUMENT_TOKEN_TO_BE_REPLACED