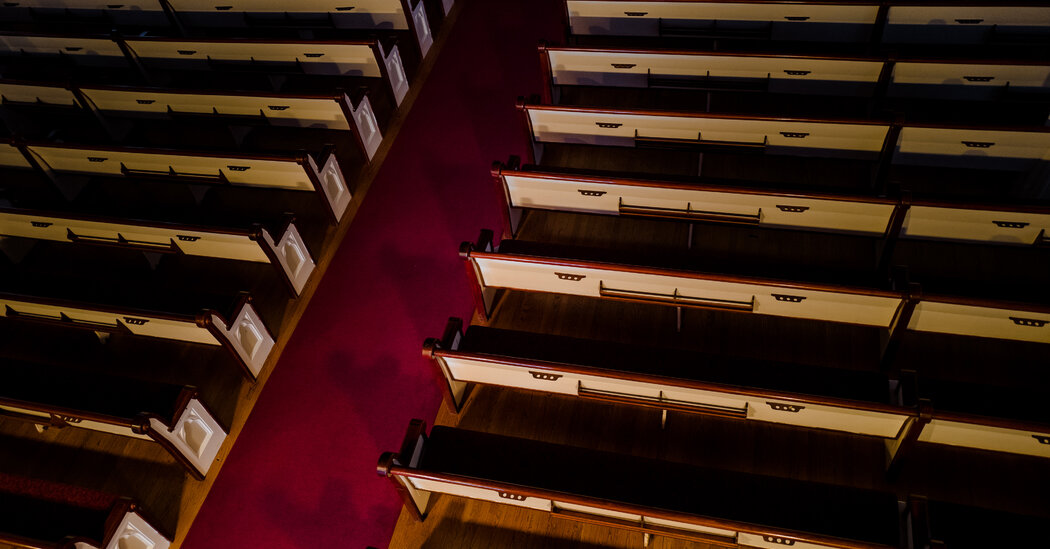 “Sex addiction” is not an established psychiatric diagnosis, and there is a debate in the mental health community about how to define and treat compulsive sexual behavior.

“There’s no evidence-based treatment for sex addiction,” said Joshua Grubbs, an assistant professor of psychology at Bowling Green State University and a clinical psychologist. Evangelical sex addiction treatment tends to emphasize total abstinence from any sexual behavior outside heterosexual marriage. “They don’t take into account that humans are creatures with a drive for sex,” Dr. Grubbs said.

Mr. Long and his family were active members at Crabapple First Baptist Church in Milton, Ga., which is affiliated with the Southern Baptist Convention. In the church’s youth group for high school students, Mr. Long was “one of those core young men involved in everything we did,” said Brett Cottrell, a former youth and missions pastor at the church.

In November, an associate pastor at the church, Luke Folsom, preached a sermon on the “battle” against sin. He quoted a verse from the Gospel of Matthew, in which Jesus tells his followers that it may be worth gouging out an eye if it causes them to sin.

He continued, addressing the use of pornography directly. “Cut it out by getting rid of your smartphone, getting rid of internet connection, anything and everything that would allow you to do it,” he said. “Your soul is at stake.”

Lust, he added, is “a heart problem, not just an eye problem.”

The church, which declined a request for an interview with its leaders, issued a statement on Friday that condemned the violence at the Atlanta-area spas, as well as the suspect’s “stated reasons for carrying out this wicked plan.”

The church also emphasized that the gunman alone was to blame for his actions. “The women that he solicited for sexual acts are not responsible for his perverse sexual desires nor do they bear any blame in these murders,” the church stated. “These actions are the result of a sinful heart and depraved mind.”

In the grand sweep of world history, the U.S. is a young country. Even so, there are plenty of homes built prior to the American Revolution that still … END_OF_DOCUMENT_TOKEN_TO_BE_REPLACED

DONETSK REGION, Ukraine — Between the cracks of mortar fire and the metallic bangs of Russian self-detonating mines, Yurii, a Ukrainian Army medic, … END_OF_DOCUMENT_TOKEN_TO_BE_REPLACED