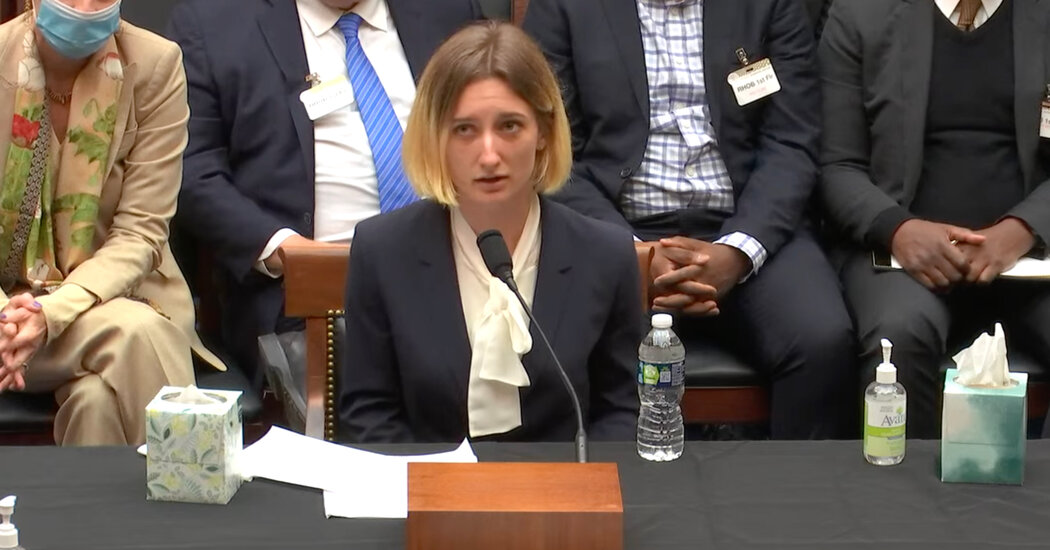 In Brazil, I avoided him as much as I could, but was under increasing pressure from him. I began to worry that in addition to wanting sex, Chishti wanted to hurt me and punish me for rejecting him. After my presentation, I attended dinner with Chishti and colleagues. Later that night, I went to the hotel bathroom and texted him that I was sick and going back to my hotel. Chishti replied that he would meet me there. I said I was vomiting. He said he was on his way. I admitted that I was still at his hotel. I felt completely trapped and hopeless. I was 23 and very far from home. I didn’t want to lose my job, I didn’t want him to get any angrier. I did not feel that anyone would protect me, and I was too tired to argue with him anymore. I went to his room, where he beat me while having sex with me. I told him he was hurting me. He said, “Good.” He told me he should have had sex with me when we first met, when I was 13 years old. When I left, he said, “We should do this more often.” I hid in my hotel room until my flight the next day. My body was covered with scratches, cuts and contusions. I had bruises around my neck that looked like I had been strangled. A large bump on my head and a black eye. As soon as my lawyers contacted Afiniti, Chishti initiated an arbitration against me. He knew that the secrecy of arbitration would protect him. Nine months later, just before my deposition, to punish and scare me, he sued my father, who had quit the day I returned from Brazil, in secret arbitration. And it’s still not over. My father’s arbitration has been going on for three years, and it has already cost him tens of thousands of dollars in attorneys’ fees. The harassment and assault I endured were hard enough on my family, but we still manage the financial and emotional burdens of being sued by my abuser in secret arbitration.

AUSTIN, Texas--(BUSINESS WIRE)--As the first multifamily management company to be recognized in the Public Relations and Marketing Excellence Awards, … END_OF_DOCUMENT_TOKEN_TO_BE_REPLACED

There have been whispers of cooling housing and rental prices in the San Francisco Bay Area, but that hasn't yet translated into practical, noticeable … END_OF_DOCUMENT_TOKEN_TO_BE_REPLACED

Cars pass in Independence Square at twilight in Kyiv, Ukraine, Monday, Oct. 31, 2022. Rolling ... [+] blackouts are increasing across Ukraine as the … END_OF_DOCUMENT_TOKEN_TO_BE_REPLACED