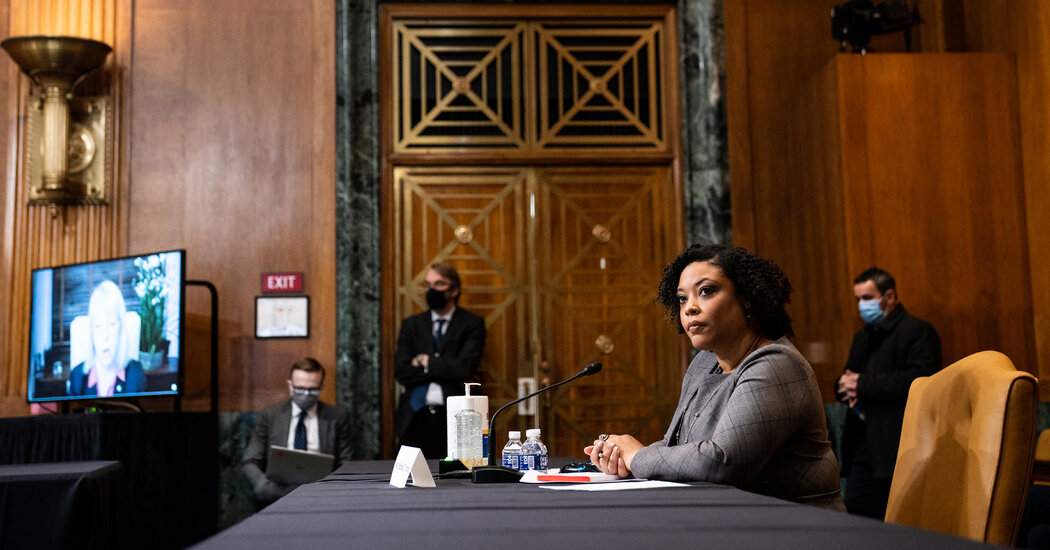 The Senate is set to confirm Shalanda D. Young on Tuesday afternoon as deputy director of the Office of Management and Budget, which would make her the first confirmed leadership official at the agency after President Biden’s pick for director withdrew amid bipartisan opposition.

Neera Tanden, Mr. Biden’s nominee to lead the budget agency, withdrew early this month after senators in both parties objected to negative posts she had made on social media and criticized her work at the Center for American Progress. The position of O.M.B. director is one of only two top -level vacancies remaining in the Biden administration, leaving Ms. Young to steer the agency in the absence of a director or acting director.

Democrats on Capitol Hill have mounted a substantial campaign to elevate Ms. Young, the first Black woman to serve as staff director on the House Appropriations Committee, to the position of director. Having worked to negotiate annual government funding and more than $3 trillion in pandemic relief, Ms. Young has earned bipartisan respect in both the House and Senate for her work.

She is expected to play a key role in working with other cabinet officials to structure Mr. Biden’s first budget as president, as well as an infrastructure package.

Eric S. Lander, the director of the Broad Institute of M.I.T. and Harvard, to serve in that role, and also intends to appoint him to serve as presidential science adviser. It is the first time that the position will be elevated to the cabinet level.

GREENVILLE, N.C.--(BUSINESS WIRE)--Employers aiming to win the war on talent have a new “A” team to tap into: college and professional athletes. … END_OF_DOCUMENT_TOKEN_TO_BE_REPLACED

Mortgage rates are likely to rise in July, extending a seven-month streak. High inflation, and the Federal Reserve's efforts to control it, have … END_OF_DOCUMENT_TOKEN_TO_BE_REPLACED