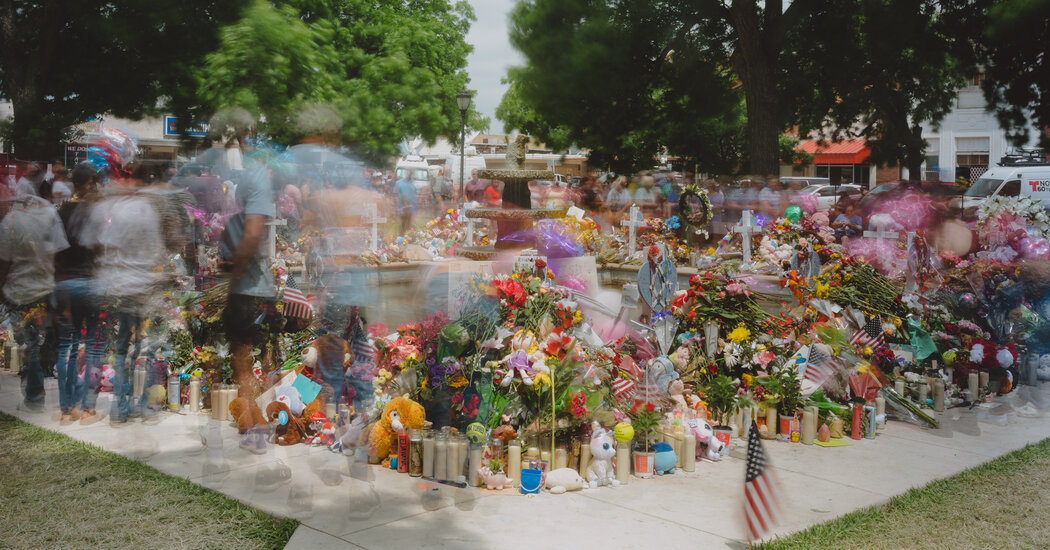 Her father, Steven Garcia, had been looking forward to being the D.J. at Ellie’s birthday party this summer. On Facebook, he described her as “a doll and was the happiest ever.”

Uziyah Garcia had moved to Uvalde to live with Nikki and Brett Cross, his aunt and uncle, just in time for the start of the school year. He loved playing basketball, soccer, the virtual-reality game Gorilla Tag and Fortnite. His favorite after-school snack was a Nutella sandwich with blue Takis, which he would try to persuade others to try.

“He was goofy, he loved to make you laugh,” Ms. Cross said. “He loved making everybody laugh.”

Uziyah, or Uzi for short, would have liked to be a professional gamer or YouTuber. But he also expressed an interest in becoming a police officer, because he wanted to help people.

He was thrilled that he had a male teacher at Robb, Arnulfo Reyes, and he talked about him all the time, they said. Days after the shooting, they got his possessions back from the classroom. Tucked among his things was a portrait he had drawn of Mr. Reyes, who was badly injured in the attack.

Amerie Jo Garza was a friendly 10-year-old who loved Play-Doh.

Her father, Alfred Garza III, described her as “full of life, a jokester, always smiling.” She liked spending time with her friends at lunch, on the playground and during recess. “She was very social,” he said. “She talked to everybody.”

AUSTIN, Texas--(BUSINESS WIRE)--As the first multifamily management company to be recognized in the Public Relations and Marketing Excellence Awards, … END_OF_DOCUMENT_TOKEN_TO_BE_REPLACED

There have been whispers of cooling housing and rental prices in the San Francisco Bay Area, but that hasn't yet translated into practical, noticeable … END_OF_DOCUMENT_TOKEN_TO_BE_REPLACED

Cars pass in Independence Square at twilight in Kyiv, Ukraine, Monday, Oct. 31, 2022. Rolling ... [+] blackouts are increasing across Ukraine as the … END_OF_DOCUMENT_TOKEN_TO_BE_REPLACED